Can An Employer Record Audio At The Workplace? Fact Check

When I found out that our official policy had surveillance cameras recording both audio and video, I wasn’t pleased. I thought it violated my privacy, and it’s why I researched how much an employer can record with a surveillance camera.

Surveillance cameras gaze at us everywhere we go. From the time we step out of our homes until we enter our office. Nowadays, even the relatively private spaces have surveillance video cameras installed for a superior level of security.

However, there should be a limit to this. Homes can have the battery operated surveillance cameras, but that should only be restricted to your entrance, garage, driveway, back door, etc. It shouldn’t invade your guests or even your reasonable expectation of privacy, as the case may arise.

What about the offices? We know that the lobby of the building, the lift, and even the common spaces in the office building have security cameras. But have you ever felt invaded or disturbed by the constant and continuous gaze of the cameras?

At workplaces, it can so happen that the employees may feel under-confident because of the continuous gaze of the security cameras. But did you know that some security cameras can even record audio?

These cameras come equipped with a microphone to record audio along with video footage. However, does that take the security level higher or the standard of invasion of privacy?

4 Top Facts About Whether Employers can Record Your Voice 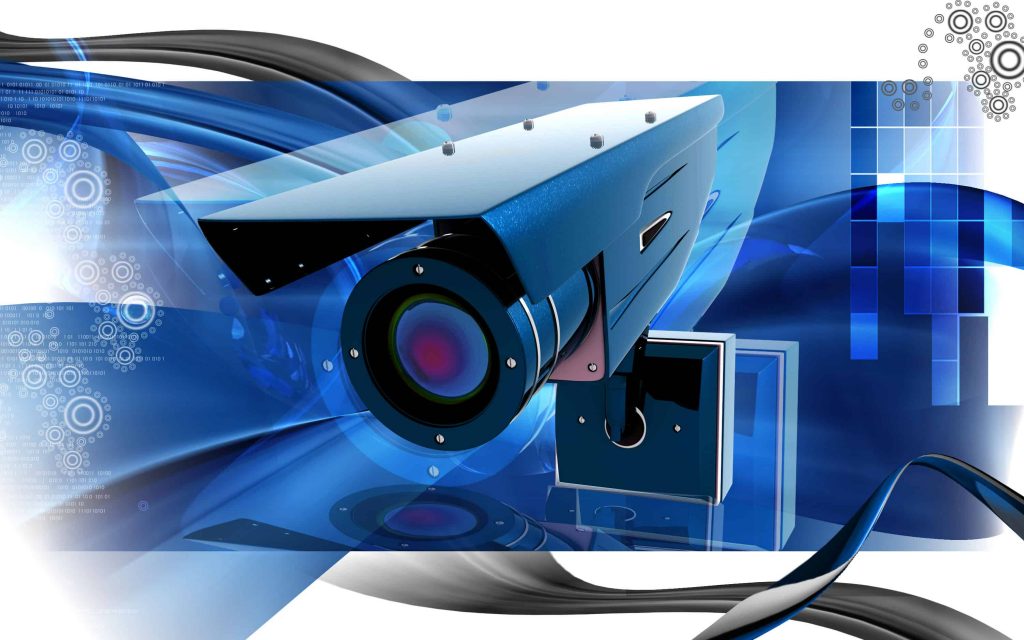 Let’s find out whether the many employers in your workplace can record audio with a surveillance video camera:

The first question that comes to mind on whether employers can record audio with a video surveillance camera is the legality of it. Is it considered legal to keep audio surveillance over your employees? The answer is a definite no.

There is a reason there are only a few cameras which have audio surveillance facility embedded in them. The federal wiretap law makes it illegal for employers to record audio along with video footage with security cameras.

Besides the general office area, it is illegal to keep the record conversations between two employees on the wire during a break or in the washroom. This legality, if not complied with, entails a law, which depends on the national labor relations of the respective state.

However, if the employees give their consent, then employers may record audio. If you are an employer, keep in mind that you may be susceptible to 5 years of jail or a hefty amount of fine.

Related Article: 6 Things to Look For When Buying a Home Security System

Audio recording is not just restricted to security cameras. It could even operate attached to the wifi. Keep in mind that it does not exempt the internet from this law. The privacy laws that apply to workplaces (and employers) also take into account audio recording using wifi. This is highly against the law if the people present in the space expect it to be highly secretive and respectful of their expectation of privacy.

However, keep in mind that even video recording is considered a crime in practice spaces such as the washroom or the bedroom. If you are an employer, make sure you inquire about these laws before you install the best security cameras for small businesses(legitimate business). Without knowing, you may commit a legal crime by recording audio of your employees.

3. Dependence on the State

Wiretapping and surveillance laws vary from place to place. It is the age of consent. Audio surveillance laws differ from state to consent states and is not a formula that applies everywhere. You may wonder that audio recording is typical in the supreme court and to tap recording conversations.

If the two people engaging in an interview in a room, during the break at the office, etc. expect full privacy and have not been informed of the audio tapping from beforehand, it could violate the law.

However, if you are an employer and wish to install audio recording facilities in your office, you need to take permission and the consent of your employees.

The law doesn’t apply if you have informed (one party)one-party consent from the employees in the workspace. However, most states exempt audio recording at public washrooms, public workspace, general stores, etc. It is best to look up the laws of the country you are in, and inform, take the permission of the employees from before if you wish to avoid getting fined.

In case you discover that you are being kept under audio surveillance without your knowledge, there are specific steps that you can take to stop that from going ahead and for destroying the existing data.

First, attempt to communicate with your employer if he knows that this deed of recording the audio of the employees is against the law. If that doesn’t go well, you can take legal steps, for it is your right to ensure your privacy and secrecy in private spaces. Read up on the laws available and applicable in your state to figure out what steps you can take.

Offices may require audio recording facilities along with video footage. However, it is considered highly illegal and unethical by the employer to take this for granted and not take the applicable laws into account. So, not only is it illegal for an employer to record audios of the employees, it can even lead to jail and fine.

(Important Facts) On How To Burglar Proof Your Home

Tags: Can Employers Record Audio with a Surveillance Camera