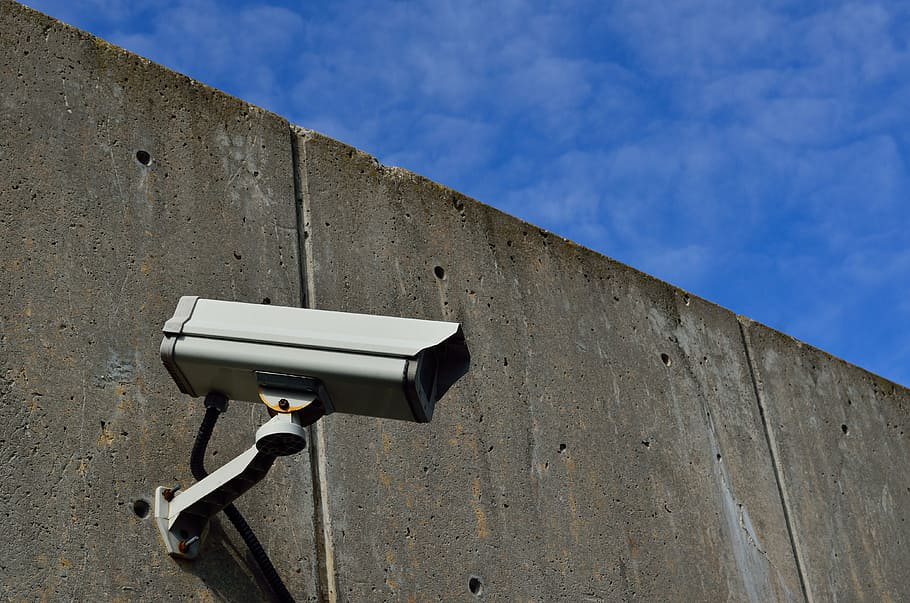 Thankfully, there is a simple solution: Security Cameras.

Security cameras can help keep your site safe and let you oversee your site from a distance. This saves you a lot of time and hassle.

Why Do You Need Them?

Constructions sites are usually poorly secured structures and areas. Most of the time, there isn’t a proper boundary and a lot of entryways. These sites are full of raw materials, and more than a few of them are very enticing for thieves, especially copper wires, pipes, and specialized tools. But the presence of valuable material and easy access isn’t the only reason a construction site requires security cameras. There are several reasons, and the three most prominent are: 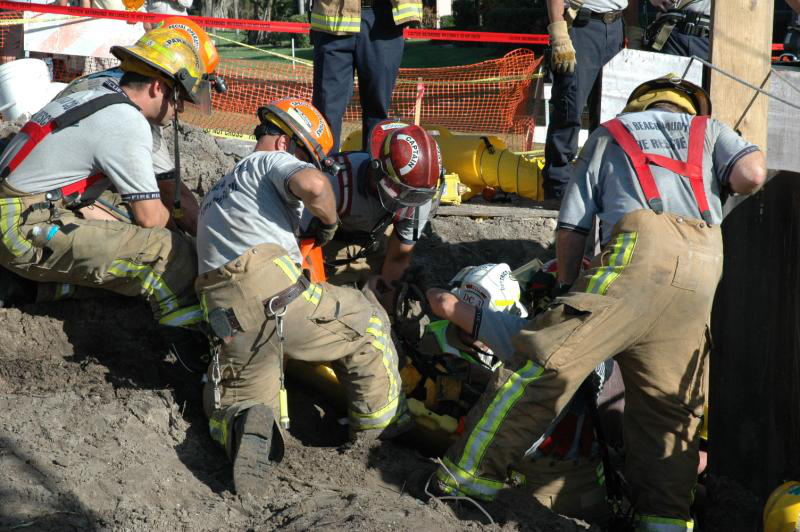 Most of the time, construction workers are skilled labor, and they know their business. They are provided with the appropriate security gear and taught how to avoid accidents in a construction site. Still, accidents tend to happen. And not just with the workers. A visitor who isn’t familiar with the site might experience an unfortunate injury.

And in the unfortunate event that an accident does happen, security cameras provide the feed that can help identify the cause and the party responsible for the accident. 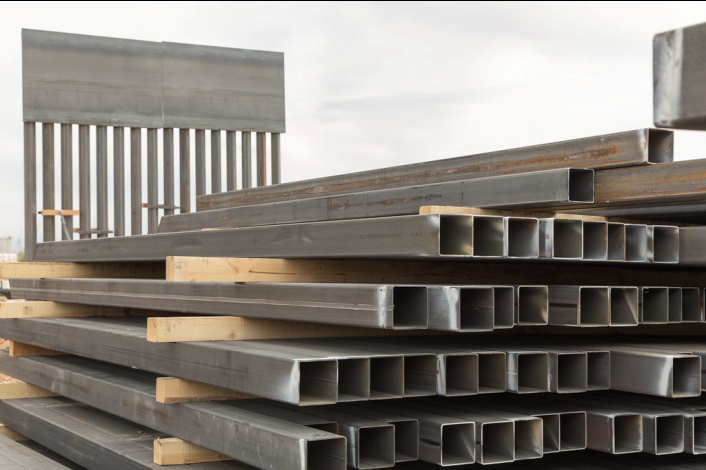 Even the larger sites where the construction area is cordoned off by fences are easier to break into than a walled structure. One of the most effective security measures in this regard is cameras. If a site is covered correctly using security cameras, their presence alone might deter any break-ins. Even if someone comes in despite the cameras, the chances of them getting away are very low. 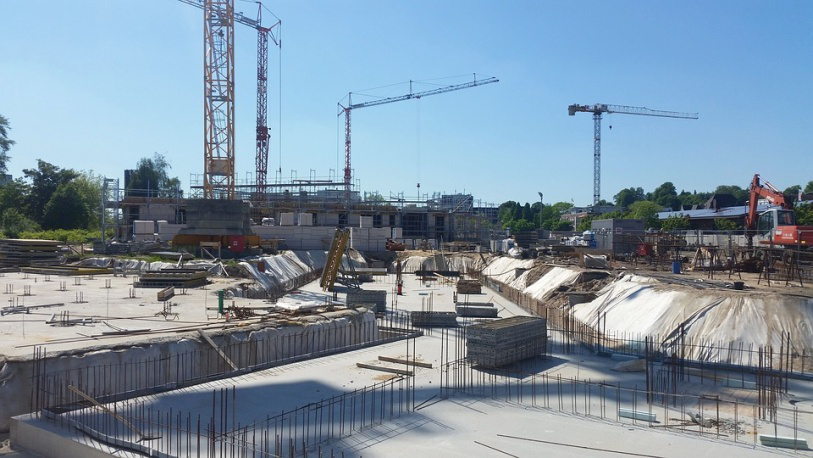 The ethical and, in most cases, the proper way is to declare the presence of cameras on your construction site. You should tell your workers that they will be observed. This is usually enough to ensure an efficient and dedicated workforce.

Observation through security cameras is also beneficial because it allows the supervisors a broader perspective of the site. When they see different parts of a site at once, they can ensure better coordination.

Editor Side Notes: Did you know that in every business even in construction or real estate industry you need a security surveillance camera, Here is a guide for the best security camera for business reviews as we uncover some basics in having a profitable business and a healthy working environment that is well monitored.

Large sites usually have many temporary electrical connectors on the site for equipment, light, and alarms. A security camera’s cable can run alongside the wires of these connectors. After a basic layout has been built, wired security cameras may be installed at a construction site.

They can even be temporarily installed on scaffoldings. But the maximum distance allowed between the camera and the DVR (main recorder) should be kept in mind.

Wireless cameras are relatively easier to install because they only need a power source and no data cable running from the camera to the DVR. They transmit there feed wirelessly. But with wireless cameras, distance is even more of an issue.

Just like wired cameras, wireless cameras require a constant power source. Most construction sites, even the ones that aren’t running 24/7, usually have lights running throughout the day. So the cameras should be given power through outlets that are always live.

The best security camera setups will cover the whole site, or at least, the most important part of the site. For large construction sites, it’s usually preferable to consult the professional security companies. They will inspect the site, make not of vulnerable areas and weak security points, and then give you detailed guidelines about the number, types, and places for your security cameras.

A lot of construction sites get custom-made security cameras. They have a more extended range, tough exterior, and a broader field of vision. And they are also relatively more costly. It might also not be feasible to cover every nook and cranny of your construction site. Based on how large it is, you might need several cameras and DVRs to cover the whole area.

It’s best to cover the most critical areas, like entry and exit points, the place where raw materials are stored, and the most active area of the construction site. This is where wire-free cameras come in handy. They can be moved, depending on the progression of construction on the site.

If it’s coming out of the contractor’s pocket, they might want something more portable that they can install on another site once this one is closed. The number and quality of cameras are also drivers of cost. You want to get something that is just enough, not too much.

We have already gone through the problem of change in a construction site. The structures are moved continuously, and they might require different treatment from time to time. It makes permanent camera installation a daunting task. Let’s say you installed a wired camera setup in and around your storage building in a construction site. But you might need to get the cameras off, once you start painting that storage building.

The other problem is the absence of constant power and WiFi to transmit live feed off-site. Power isn’t that much of a problem because every site at least has continuous power for light if nothing else. But the internet connection is an issue. It would be hard and expensive to get a cabled internet connection to a construction site. You might have to go with a wireless internet connection to ensure that live feed and warnings are transmitted through your cameras to your remote location or cell-phone.

Another problem is the housing of the main recorder. The recorder must be at a location near enough to all the cameras, especially in the case of wireless and wire-free cameras. If there is too much distance between the camera and the recorder (DVR or NVR), the feed might be of poor quality, or a connection might not even establish.

The simple solution might be to go for specialized security camera systems where the camera can transmit feed to the recorder via long distances. Another way is installing stand-alone cameras to record the video without transmitting it. And check the feed at a later time. It might also be more cost-efficient to use multiple recorders so that each recorder is near enough to the cameras that paired with it. 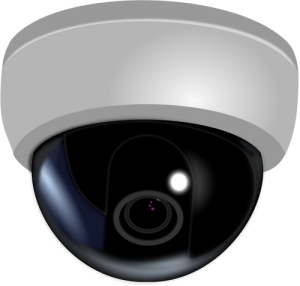 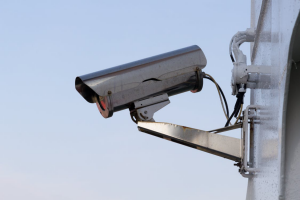 Bullet cameras are good for covering larger areas. They can accommodate bigger cameras and have better zoom than Dome cameras. Whereas dome cameras come with better and sturdier housing. Dome cameras can easily be housed in a body that is much harder to break or vandalize than a bullet camera’s frame.

The Pan-Tilt-Zoom cameras are a better surveillance tool than any fixed camera. They can be remotely moved and allow site supervisors a much broader perspective. But they are relatively costly and useless in places where no one is actively monitoring and controlling them.

A combination of cameras might be an optimal solution. You can have fixed bullet cameras where you want a more extended range, dome cameras where there is more construction activity, and chances of damage. And PTC cameras in places where you need to control what you are watching.

Whether you are hiring professionals to do it or installing security cameras yourself on your construction site, you should have a clear idea of your needs and the budget you will be able to spare. Your construction site might be as small as a single-story home, or as large as an industrial complex. Every site will have different security needs.

With that in mind, you should survey the site. Notice the places of interest and decide how and where the cameras will be installed for optimal coverage. You should understand the importance of security cameras at a construction site if you save a couple of thousand bucks by not installing security cameras and manage to lose ten times more than that through vandalism, theft, or a lawsuit than it’s not a very smart saving.