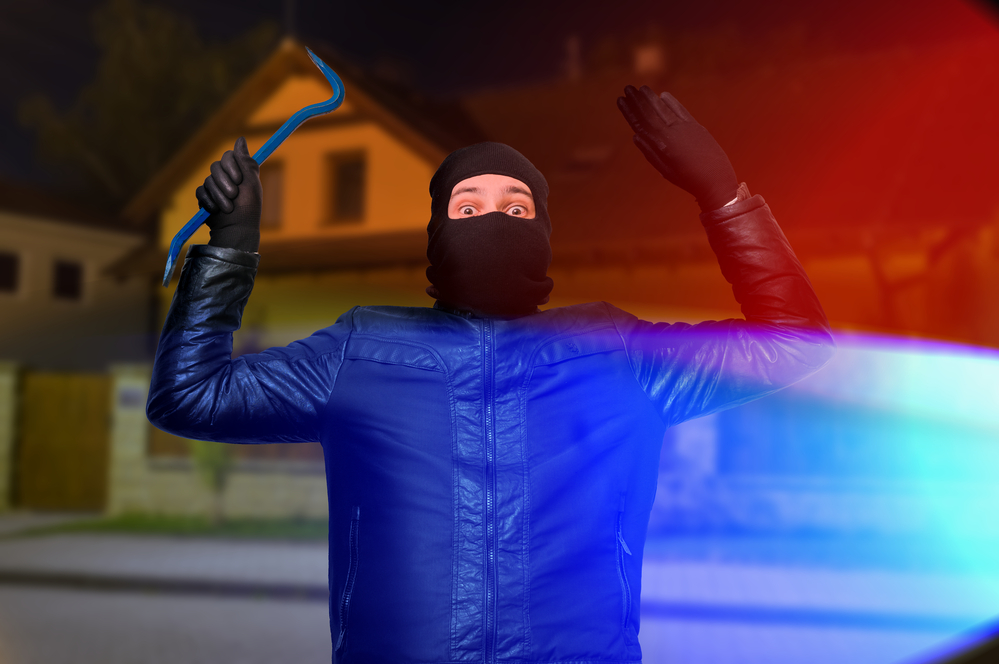 I’ve always found intruders fascinating; there’s something so strange in the thought that taking someone else’s property is reasonable. However, I wasn’t so pleased to find out that my own business was being targeted by people who thought what I have belongs to them. Because of that, I wanted to learn everything there is about securing my business. That’s when I stumbled upon something called Crime Prevention Through Environmental Design.

At first, CPTED sounded rather complicated to me. I’m sure if you googled it right now, you wouldn’t understand it in full right away. Nevertheless, after researching all the things it entails, it seems that CPTED is the ultimate solution to securing not just our businesses but our homes and communities as well.

Do you feel unsafe in your office and would like to expand your security policies? Would you like to do it by following a set of principles that have shown excellent results and have successfully deterred many intruders? Luckily for you, I’m here to explain it all in detail, as well as give some advice on how to make your business as safe as possible!

Now, I know that most of my readers may have never heard of CPTED, so they won’t be able to grasp its importance if I don’t define it first.

In layman’s terms, CPTED entails a set of principles that, if implemented correctly, can offer ultimate security to any building, no matter if it’s a home, a bank, or a shop. In a way, it combines both architecture, landscaping, and security measures, such as cameras, to ensure the community feels safe while the intruders see that they’re unwelcome.

What I found fascinating about CPTED is that it has been used for many years to secure various facilities. For example, have you ever wondered why most schools in the US aren’t that keen on landscaping? Surely, the kids would love more trees or flowers.

Well, as it turns out, all those could create some blind spots, negating the purpose of surveillance cameras. Besides, to keep the area clearly visible both during the day and night, it’s crucial to remove shrubbery that may offer a good hiding spot.

The Four Main Principles of CPTED 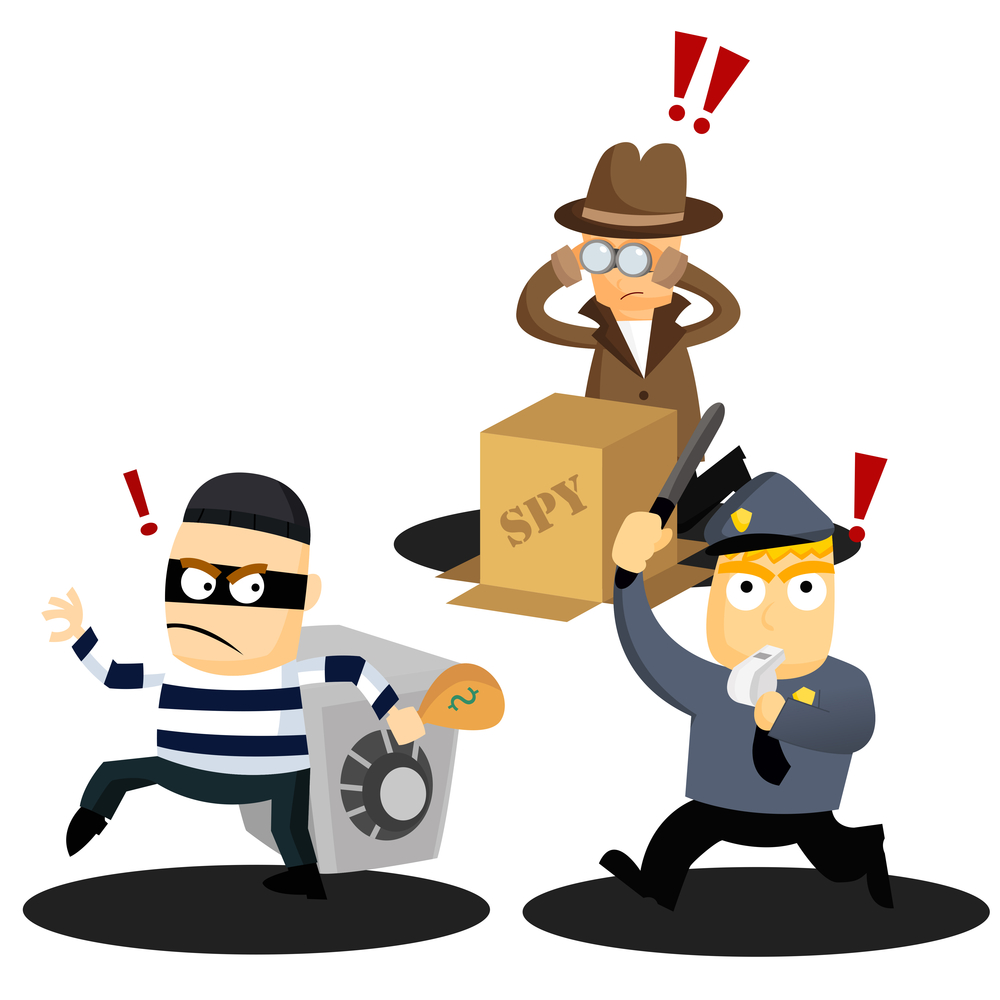 The idea behind natural surveillance is a rather simple one; it’s based on the fact that intruders don’t want to be seen. Naturally, the first thing that would stop them from going through with their plans would be a surveillance system that covers even the most obscure parts of a building. However, CPTED, in that case, brings it all to the next level to maximize visibility.

For one, it doesn’t entail putting cameras only in areas where cameras can be placed. If there are some trees or shrubbery, they should be cut down to accommodate a better view and coverage. On the other hand, the lack of landscaping in some bigger areas can be supplemented with thorny hedges planted below the windows. Imagine an intruder getting stuck in one of those — ouch!

Another thing natural surveillance makes use of is light — and plenty of it. Every area of the building, especially if it’s an office, should be well lit at all times.

However, my favorite part is the use of CCTV and the addition of monitors in public areas. There’s a similar thing we often see in stores; a monitor could be placed by the registry to show the cashier what every customer is doing. Similarly, if you place a monitor in the front lobby of some building, and the intruder sees their face — they could start panicking and run away!

One of the worst traits of intruders is that they love to control the situation as much as possible, which makes them a bit too sure of themselves. Thus, natural access control is able to scare most of them away. Some thefts are just not worth it, especially if you have to go through a maze entrance.

Maze entrances are common in public lobbies, as they essentially prevent the criminal from reaching their target fast. In the same way, fencing around a building would show the intruder that the residents (or whoever’s using the building) are aware of the temptation and won’t allow them to enter.

But, there’s no reason to stop there. Doors, locks, and all sorts of gates and shrubs are also types of natural access control a business can use to deter criminals. The grander, the better. What’s more, if you can implement some logical obstacles, such as a maze, in the strategy — it’s going to be really hard for intruders to achieve their goals.

Delineating private spaces with signs, stickers, fences, and hedges is one of the best ways of protecting your property. When someone feels safe in their own space, they won’t have a problem challenging those that don’t quite fit into it, i.e., potential intruders. In terms of running a business, employees who are stationed at the entry points can also play their role. If they notice something strange is going on, they can react quickly.

Besides that, territorial reinforcement also calls for visitor management. Badges and name tags, as well as clearly defined access points and off-limits areas, can help keep the security of the building under control.

The final principle of CPTED is a maintenance, which entails taking care of the property and making sure it’s up to standard. Tidy lobbies, hygiene, and overall lack of deterioration will tell the intruder a space is under the control of people who genuinely care about it. Vandalized, dirty buildings, on the other hand, would just invite criminals in to have a feast!

How These Principles Apply to Your Business: Use CPTED to Your Advantage

If you own a store, make sure that the check-out counters are visible from the outside and that they’re in the front. Furthermore, limit access to private areas and the roof — make sure the customers know where they can move about. 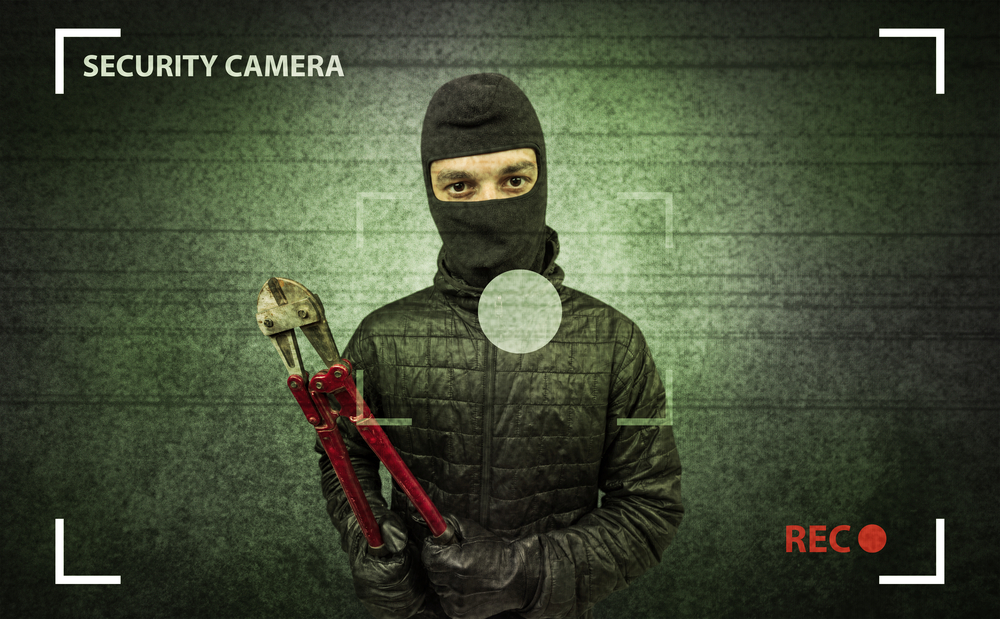 In case you’re looking into securing your office building, defining public entrances is an absolute must. They ought to have proper signage and be well lit to ensure no intruders can get in without going unnoticed. Also, it’s a good idea to implement security measures at public access points. Guards and receptionists are the first line of defense here, and they should challenge anyone who may disrupt the peace in the office.

Visual surveillance, i.e., the best security cameras for business, is a must, both in stores and in office buildings. But, to supplement the effects, you should also consider keeping the windows bare to increase visibility. Window signs should not cover more than 15% of the windows, as then the employees may not be able to detect intruders on time.

As mentioned, lighting also plays a vital role here, as it boosts the visibility inside, allowing security to have a clear view of new visitors. However, they should also keep an eye on the restrooms. A clear view of them from the offices is also helpful; strangers can easily grab the attention of other employees and alarm them.

Identifying visitors as soon as they walk into an office building should prevent any intruders from swiping your belongings. However, it’s not enough to simply know who someone is. Receptionists and security guards should act quickly. A panic button, for example, is a good choice. It could set off an alarm light in another part of the building, leaving the intruder with nothing else to do but run.

Limitations are also a viable option, both in stores and office buildings. Only employees should have access to private areas, and the main entrance ought to have a clear sign. Low fences, hedges, and gates are some other ideas you can use to secure your business. Still, don’t forget that the windows have to be bare so that visibility is never compromised.

Finally, taking good care of your business should also deter intruders. With proper maintenance, it would be evident that you’re not going to risk it all to save some money. Thus, everything in the building ought to be repaired if it’s broken, plants should be used as a way to add more beauty to the decor, and trash shouldn’t be anywhere in sight.

The use of locks in offices and brick-and-mortar stores is common nowadays. However, sometimes, even those locks are no match for various criminals who have had their fair share of crimes already. Thus, many business owners use deadbolt locks; there’s hardly a strong enough scoundrel who’ll know how to get past those!

In addition, the stores are often targeted for smash-and-grab burglaries. If you don’t reinforce the windows, someone can easily break them, grab whatever they need, and run like the wind! To prevent that, use some protective window film — it can even stop a sledgehammer from breaking the window!

Hopefully, you’re now just as eager as I am to implement CPTED. You can finally give your business the security it needs. Better yet, the suggestions I’ve made could very well let you grow your business for years to come!

However, don’t forget that you, too, can think of other ways to increase safety. You know better than anyone else what your business needs! So, tell me in the comments if you liked the article and what you’d add to these CPTED principles.

Also, don’t forget to share the article with other business owners who might be looking into investing in premium security. CPTED has shown me that it’s possible to prevent crime without making anyone uncomfortable. With any luck, you and I both will be able to implement it successfully and make those pesky intruders reconsider their careers!