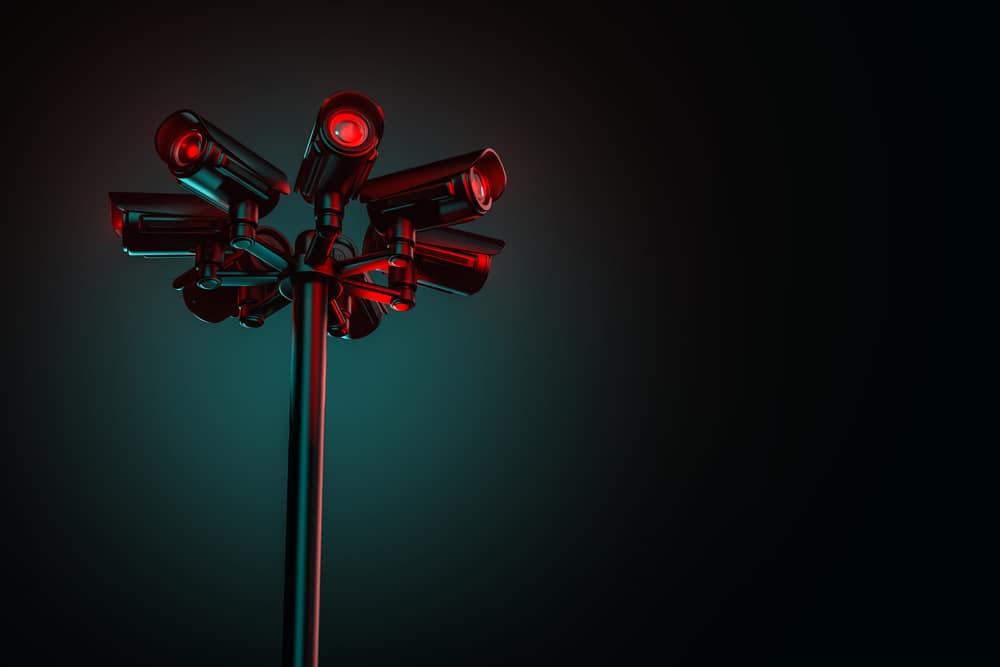 When I was young, my father decided to install a security camera in front of our house. The camera was pointed at the garage doors. Basically, it was just a fancy peephole since we only used it to see who was knocking on the door. However, you can probably imagine the recording quality we were dealing with. The video was grainy and mostly blue, so we couldn’t really see many details. What’s more, the security camera wasn’t saving the footage anywhere.

Still, all things considered, I wouldn’t call that camera, such as it was, a failure. It did its job for years even as our garage door weakened and rusted. And yet — we never had a single break-in. I am fairly certain that our security camera played no small part in that achievement.

So let’s test that theory. Do security cameras prevent crime? Could they act as a deterrent to potential burglars even if they’re not functional? What other security methods could help protect your home in a similar way? In this article, we’re going to find the answers to all of these questions.

The Benefits of Having a Security Camera 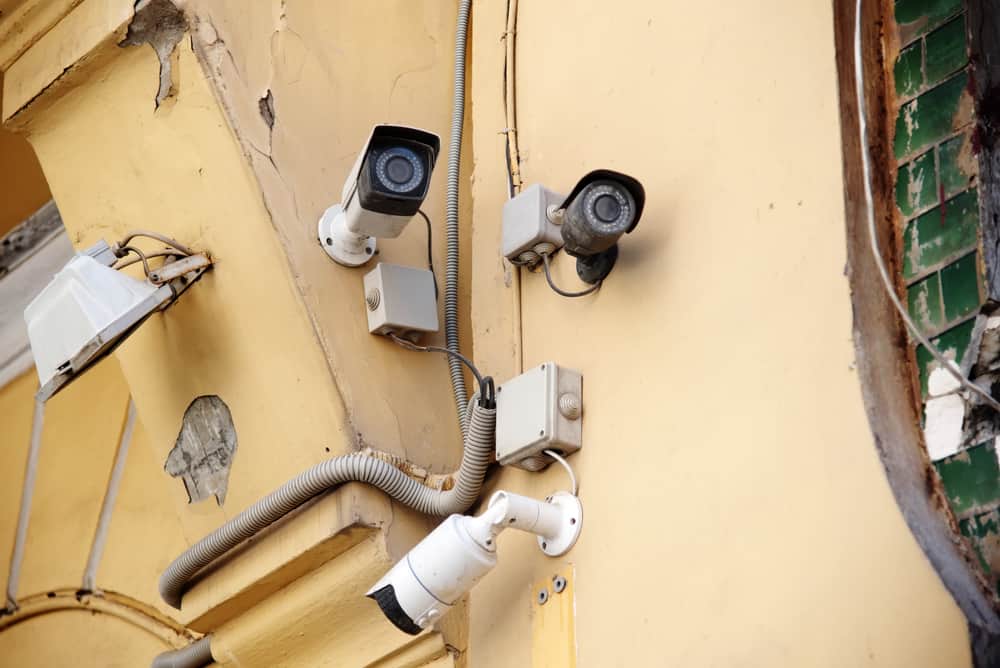 Related Topic: How to Use an Old Cell Phone for Security Camera

Obviously, we can’t reach a definitive answer to the question of whether security cameras deter criminals without talking about the many benefits of having them around.

First of all, we have to acknowledge how camera placement affects the camera’s effectiveness. Most people have their cameras set up outside of their homes. That way, they get to:

Now, if you want to be able to check in on your home remotely, you could also have cameras inside. If you position your security cameras over the front entrance, you’ll be able to see everyone coming and going. You can also use security cameras to find which areas are your security weak spots. If you’ve previously had things go missing from a certain area, you can target those areas with your cameras.

But Do security cameras prevent crime? The question is more difficult to answer than you’d think, so let’s figure it out together.

The specific product features of each security camera are often a key factor in determining how effective it is. Essentially, not all cameras can give us the full extent of the benefits we’ve mentioned. For example, some cameras aren’t even capable of data collection or even transmitting a feed.

The one we had in front of our garage allowed us to view a live feed only on our home TV. We didn’t have smartphones, so we couldn’t check in on our house when we were out. At one point, we even had a couple of police officers show up asking for footage. Someone had gotten into a fight in front of our house, and they were looking for evidence. Our camera had a full 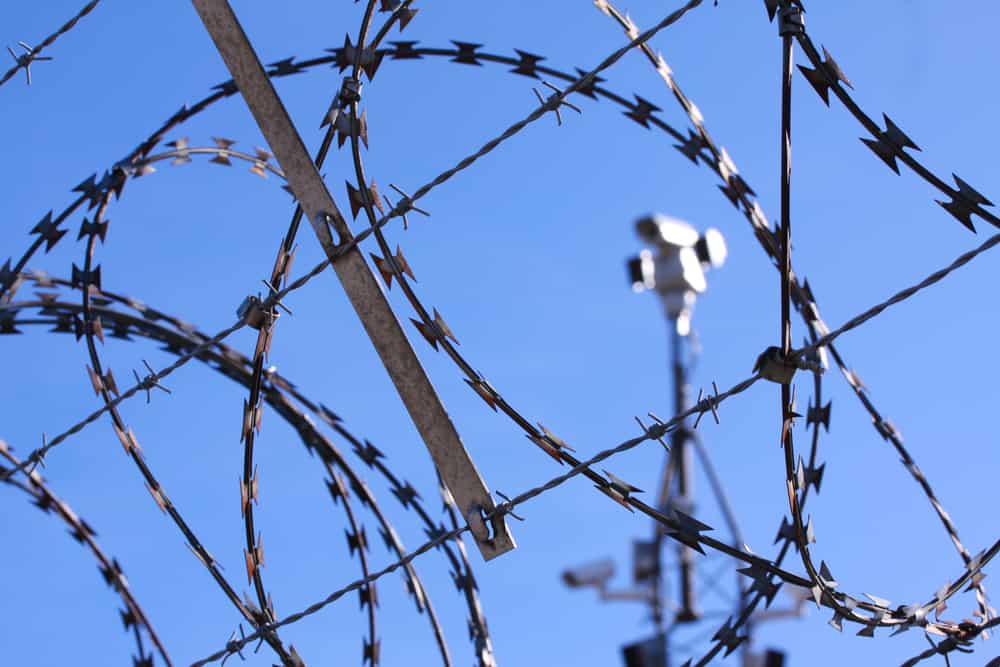 view of the area they needed to see — except it didn’t save the footage.

Aside from the data collection aspect, we should also consider the positioning of the camera. Many sources will even tell you that the primary purpose of having security cameras around is crime prevention. However, in order for that to be the case, you’d have to announce that you have a security system. Believe it or not, that is not something everyone wants to do.

Certainly, most people position their cameras out in the open. In those cases, the cameras could indeed be a warning signal for potential burglars. You could also make sure that criminals know that you have cameras by putting up signs. Many businesses have “all activities are being recorded” signs right next to their cameras. At that point, the cameras don’t really have to work in order to do what you want them to do. In fact, some people even install fake security cameras to act as crime deterrents.

But what if you don’t want your security system to be noticeable? In that case, your cameras couldn’t warn criminals to steer clear because the criminals wouldn’t be able to see them. However, the cameras would still be able to record and save footage of suspicious activity. So if your main concern is evidence collection, you can hide your cameras if you want to.

What if the Security Cameras Fail?

If your cameras are in a visible place, such as above your front door, they could prevent criminal activity. However, a burglar might also decide to use spray paint over the lenses or even break the camera altogether! So what do you do if your security cameras fail you?

One thing you could do to improve your security is to get a guard dog. In fact, you could even just play the sounds of barking. According to the Guardian, that’s the best thing you could do to protect your home, after installing a CCTV camera. You could also leave the TV on while you’re out, or have motion-activated lights or alarms.

So Do Security Cameras Prevent Crime?

Ultimately, I’d have to say that security cameras really do deter criminals from targeting your home. In fact, we’ve seen how public security cameras actually reduce crime rates in the area. That’s one of the reasons why every Walmart you’ve ever been to has a security camera or ten.

Security cameras help capture evidence of a crime — that much is obvious. However, time and again, we’ve seen them act as a shield from criminal activity. The telltale glare of a camera has stopped many a hopeful burglar from going through with their plan. As I’ve already mentioned, the camera doesn’t even have to save footage in order to prevent crimes. Really, there’s no way to tell whether a camera is functional or not. But still, if you can invest in a model that could actually help identify potential suspects, you should.

So what do you think? Do security cameras prevent crime, in your experience? Which other methods of crime prevention are you using? Leave them in the comments below and share this article with anyone who might need it!

Related Topic: How to Access a Security Camera from the Internet?