How Do Air Purifiers Work? All Technologies Explained (2023) 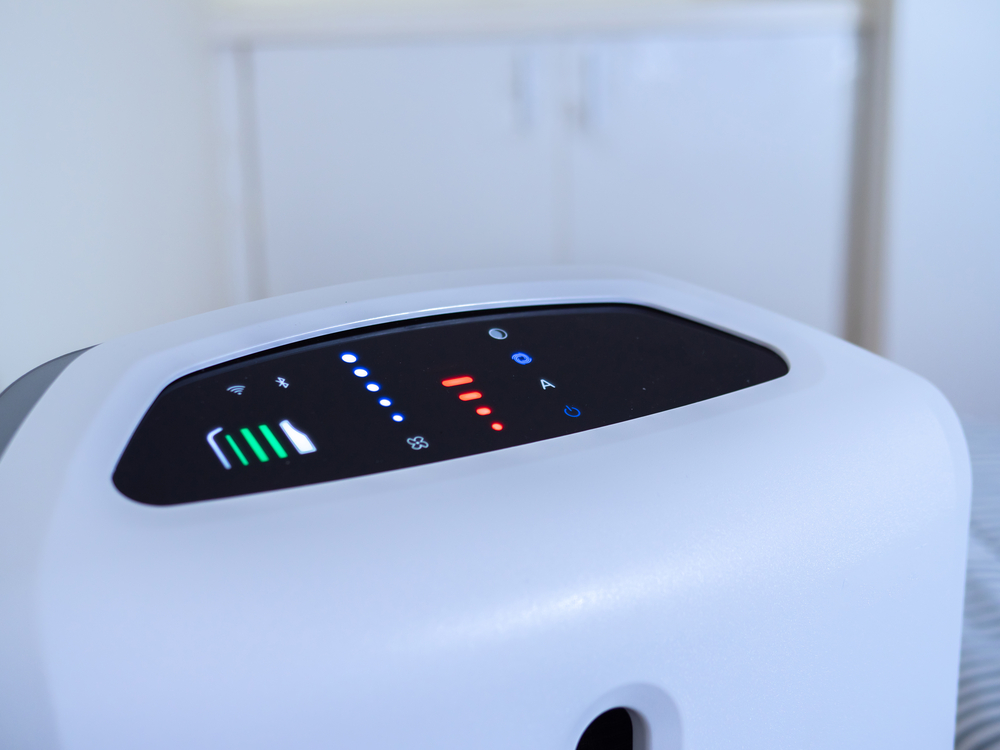 Pollution has never been higher and no matter where you go, chances are you will be exposed to it. Even those who choose to live in the beautiful countryside, far away from large cities, will still experience some sort of pollution in one way or another. The situation is even worse for those who deal with various allergies or respiratory affections, such as asthma.

At this point, air purifying seems to be your best option. You want the indoor air clear of bacteria, fungi, dust and allergens, not to mention pet dander. But at the same time, technologies employed are so diversified that you barely know what to choose for better indoor air. Now, how do air purifiers work? What kind of technologies are more appropriate for your necessities?

Why do you need an air purifier

Before understanding how a purifier air works, you must understand the benefits of such appliances. One of the most noticeable effects is the removal of unpleasant odors. Whether it comes to fish fry or burnt food, air purifiers will take care of these issues.

Air purifiers also neutralize the allergens released by your pets, as well as the smoke. Pet dander, smells and airborne allergens can affect some family members. Also, if you smoke inside the house or you have a fireplace, the smell can persist for ages.

Purifiers air will also trap dust and remove bacteria. Dust will inevitably kick in, no matter how simplistic and clean your house it. Some of it is nothing but skin flakes as your skin keeps growing. On the other hand, some air purifiers are able to remove 0 3 microns, meaning invisible particles like bacteria.

In other words, an air-purifier will benefit your house from more directions. Not only does it provide a better smelling and fresher environment, but it will also prevent and even ameliorate health conditions, such as allergies or respiratory problems.

Now that you understand how purifiers work on your comfort and health, what kind of technologies do they use? 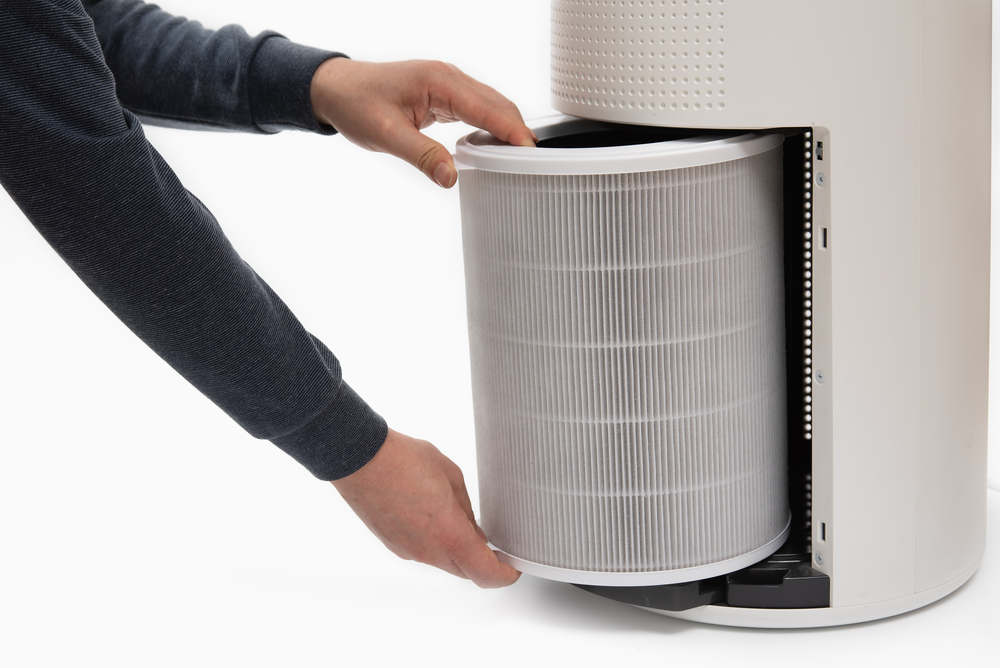 Filters are common technologies used in air purifiers. Simply put, the air is sucked into the purifier, then a filter grabs all the particles before the air is sent back out. It is a cycling process that removes most allergens from the air.

There are more types of filters out there. Pleated filters are excellent because they have a wide area to trap particles. They work faster and they are more efficient. One type of filter does stand out in the crowd though.

A true HEPA filter can remove small particles that you cannot even see. The HEPA filter is also the only option on the market that can get rid of bacteria, fungi and even mold spores. They can tackle particles down to 0.3 microns in size. You can also find similar HEPA filters, such as like HEPA filters. They are not as efficient.

ULPA filters are even stricter, but not so common in this industry.

Ionizing air cleaners rely on the so-called corona discharge. Most atoms in your air are neutrally charged. The corona discharge method involves using positive protons. The electrical field gives molecules an extra electron or removes one, making them positive or negative.

Larger particles are easier to ionize though, as they are easier to target as they cross this corona discharge. Once charged, the particle will be drawn to anything else with an opposite charge. With time, particles clump together and become heavy, so they settle on the ground.

They are no longer in the air, but they can raise if there is lots of foot activity on your floors. In other words, this kind of method requires plenty of vacuuming too.

Ozone generators work like ionizing purifiers on improving the air quality. They can improve the air in your home and clear out dust mites, pollen, small particles, and allergens. Such a generator will turn oxygen molecules into ozone.

Such generators are not always the best. Some claim a bit of ozone will disinfect the air and come up with some benefits. But at the same time, ozone can be harmful as a toxic gas, so the air is not really purified, as you are still exposed to some dangers.

Ultraviolet radiation is also a common method against airborne particles. Many air filters employ this technology. It can affect all kinds of particles, but it is more efficient against fungi and bacteria – basically, living organisms.

When exposed to the intense light, their DNA is changed. Whether it comes to bacteria or mold spores, these organisms can also multiply as they go around your air. When crossing the UV light, their DNA is severely damaged, so they can no longer do it.

Activated carbon is not really a filtering technology. In fact, you can find true HEPA air purifiers fitted with activated carbon as well. These are probably some of the best options out there. The primary role of the carbon is to eliminate odors.

Odors can come from multiple sources. For example, mold can get a stingy odor if the infestation is too severe. You will also get unpleasant odors from the outside, your pet or your cooking experiments. Smoking odors will also persist, hence the necessity of activated carbon.

Adsorbents are similar to activated charcoal. They are not necessarily recommended for the actual purification of the air, but they can and will help when mixed with other technologies. For example, a HEPA filter purifier can also have an adsorbent material.

The primary role of adsorbents is to clear out fumes and odors, which inevitably consists of tiny chemicals. Adsorption implies one substance getting trapped onto another substance – different from absorption.

Activated charcoal is actually a type of adsorbent, but it is so popular that it has a category of its own. It is almost never referred to as an adsorbent. Most commonly, these substances attract chemicals with electrostatic attraction.

So, how do air purifiers work? There are more technologies out there and some of them are more popular than others, as well as more helpful. But if this is your first purifier, you will inevitably have a few questions as well.

Air purifiers employ transparent technologies that anyone can understand. The way they work is relatively simple to understand. The principle is the same – the air is sucked in, treated, and released back into the room. The difference is in the actual treatment – or the technology used to purify it. At the same time, different technologies come with different results, so it is important to know what kind of allergens and particles you want to get rid of before investing in an appliance.

Are air purifiers a waste of money?

No, they are not. They might be if you live in the middle of nowhere, miles from civilization. They might be if you live on a small island with just a few other villagers and no industry. But when it comes to the modern society, pollution is everywhere. Pollution is in the countryside as well. Air purifiers become a necessity, whether you already suffer from various respiratory problems and allergies or you are perfectly healthy – great for prevention.

How quickly do air purifiers work?

It depends on the power, as well as the size of the room. Most purifiers will come with specifications from their manufacturers, so you will know precisely how large the room should be. Get the right item and the air purifier will start working straight away. For a full purification of the room, the purifier may need to work for more than just a few hours, depending on its power. The good news is it works straight away though.

How do electric air purifiers work?

Quality air purifiers are electric. You can also get a purifier that attracts smells and dust particles based on various elements – a decorative item placed somewhere in the room. An electric air purifier will be more successful in cleaning air though. The way electric purifiers work depends on the technologies they have. Some of them alter the DNA of various particles, while others suck them in before releasing the air back into the room.

As a short final conclusion, it is no surprise why air purifiers represent some of the most popular appliances on the market today. More and more individuals from all over the world invest in such appliances in order to guarantee for clean air in their households.

Pollution has reached unusual limits and you do not have to be a genius to understand that – simply look at the weather conditions and the way things change. For this reason, more and more people end up with respiratory affections and allergies. An air purifier is not just a way to treat or keep these issues under control, but also to prevent them.