How Do Video Surveillance Cameras Work? (A Must Read) 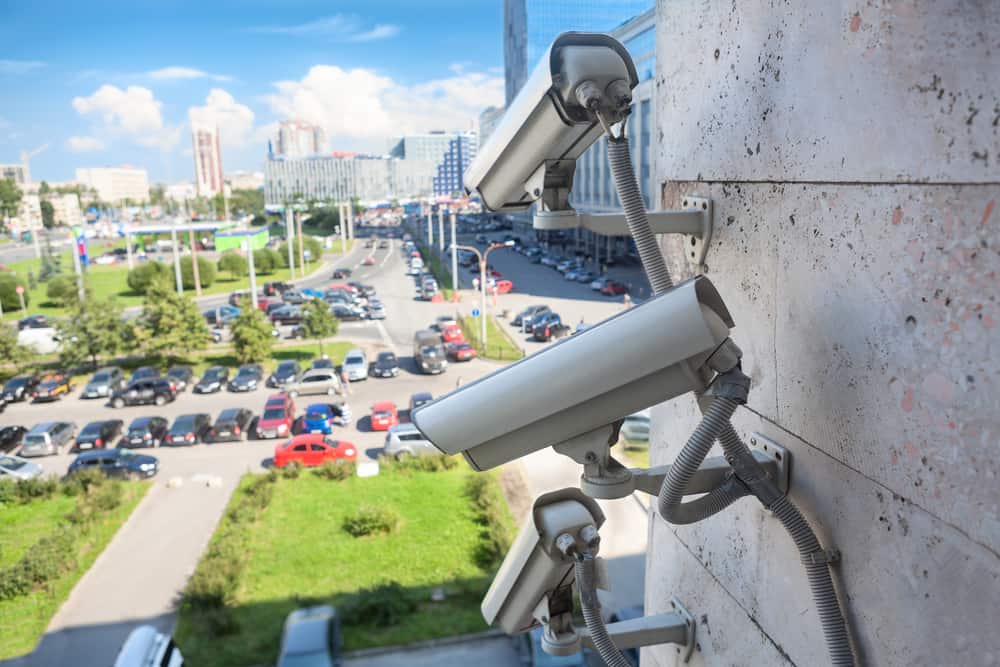 Despite the many types of available locks, we still feel anxious about leaving our house. That is especially true if it is full of valuable items or other things we hold dear. After all, we can never be sure that our home is safe from burglars. But is that really the case?

Actually, it’s quite the opposite. Nowadays, video surveillance cameras are there to save us from burglaries and similar intrusions. In truth, security cameras are not a new thing, as they date back to 1942.

Then, the year 1951 brought us the first videotape recorder. After becoming commercially available, the technology “teamed up” with CCTV. As a result, people could record surveillance footage and view it later.

In this article, we will talk about the nuts and bolts of CCTV. Mainly, we will discuss the differences between analog and IP CCTV systems, as well as their structures.

How Do Video Surveillance Cameras Work in the Traditional Analog System? 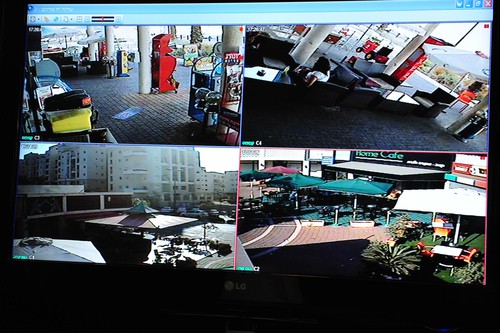 Related Topic: 10 Ways on How to Disrupt Security Cameras

Like any other imaging device, analog video surveillance cameras have sensors that capture video. The sensors may vary in regard to their resolution, but it’s usually no more than 720×575 pixels. A CCTV camera captures video at 60 intervals (or fields) and then transmits them to the receiver.

The camera connects to the DVR (digital video recorder) via a single coaxial and power cable. Then, the signal travels from the camera to the DVR and ends up as a recording on a hard disk. Additionally, the DVR also allows for a live video transmission through a monitor. We can also send this signal to remote devices over the Internet. Those include PCs, smartphones and tablets.

Analog video has been a universal standard for many years. That means that we can plug any analog surveillance camera into a DVR, regardless of its brand. However, there are regional differences in analog video standards (PAL, SECAM, and NTSC). Still, the cameras available in a particular region are in line with its standard.

Despite this difference, some analog cameras and DVRs can work with any system. Basically, all we need to do is plug a cable into a camera (or cameras) and connect them to a DVR.

The Benefits of Using an Analog System

First of all, the system is easy to maintain, as a weekly check should be enough. Second, analog systems are generally less expensive than their IP counterparts. Aside from that, we can watch real-time analog footage without any delays. That is because video processing takes place inside the DVR and not the camera. Finally, most of the cameras are compatible with any DVR, which allows for upgrading and customization. 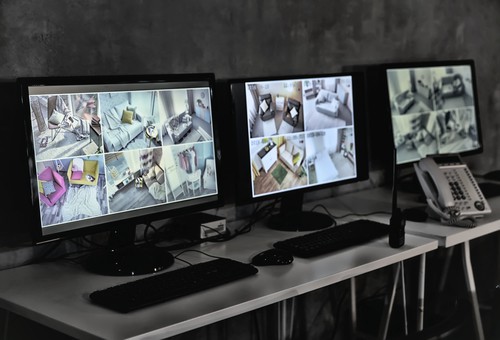 Related Topic: 7 Realistic Ways on How to Destroy a Security Camera

The image sensor of an IP camera is similar to that of its analog counterpart. However, it transmits its video signal in data form via a network connection.

In essence, IP camera data is nothing but compressed video frames. The camera uses a standard networking protocol that many computer apps use, hence the name IP, or Internet Protocol. In a nutshell, IP is a medium that carries data between a home computer and the Internet. That means that an IP camera is a type of a mini-computer with an operating system similar to that of a PC.

There is a noteworthy advantage of using IP for data transmission. By using IP, we avoid the limits of the broadcast standard. Theoretically speaking, we can go beyond the classic 720×575 pixels.

But, don’t we use “megapixels” when discussing camera specifications? We do because that is the advertising standard that IP camera companies use. So, how many megapixels does an 1280×720 camera have? To get the resolution in megapixels, we should multiply the two numbers, which gives us 921,600. Then, we will divide the result by one million, which gives around 0.9 million pixels. Of course, we will round this number to one megapixel.

In contrast to its analog counterpart, the structure of an IP system is slightly more elaborate. Instead of a coaxial, we will use a UTP cable. One end connects to an IP camera, while the other goes into a POE switch that powers it up.

The IP camera sends the digital signal to an NVR (network video recorder) via IP. Then, the NVR either records or simply copies the video file directly from the camera. However, the transfer doesn’t impact image quality. That is because there is no conversion between analog and digital (and vice versa). Should we want more accurate surveillance, we may use a server computer instead of an NVR.

Once our recording station connects to the Internet, the cameras start a live feed. As long as the connection is up, an authorized user may access the feed anytime, anywhere.

The Benefits of Using an IP System

The greatest perk that such a system offers is better image quality. While an analog system can produce 0.4 megapixels at most, today’s IP cameras go far beyond that. Thanks to the higher level of detail, identifying perpetrators should be much easier.

NVR systems are also superior to DVRs, as they include many extra features. Moreover, we can also integrate an IP camera with a wireless network. That allows for almost endless expansion opportunities. 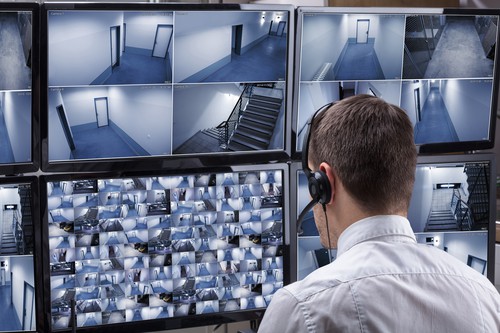 CCTV cameras usually work with two systems — analog and IP. Though the practical details of how they work may seem confusing, the way they work is actually pretty simple. Whatever our choice may be, one thing is certain — safety should be less of a concern.

We hope that this article has answered the seemingly difficult question “How do video surveillance cameras work?” We are fascinated at just how many functions are comprised in such a small device.