10 Facts on How Much Weight a Small Drone Can Carry 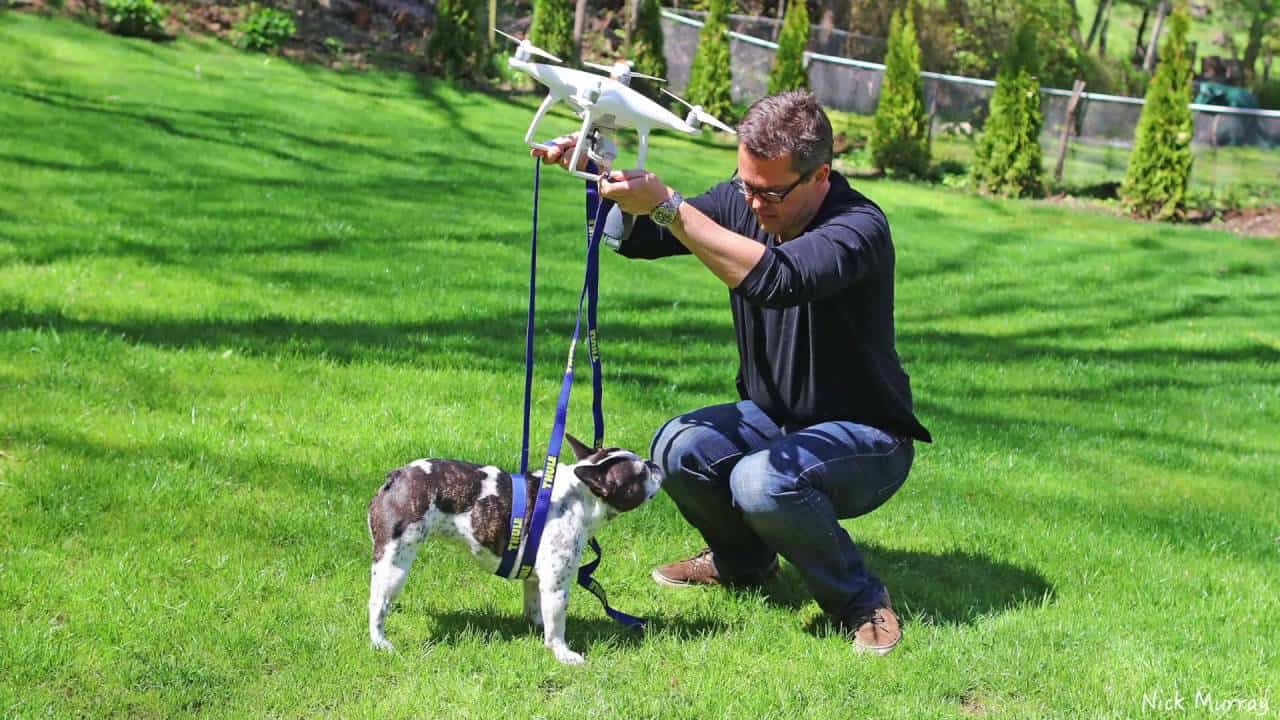 Drones fill up our lives in many different ways. Some people use them to record interesting events from above. Others, unfortunately, use them in military missions for aerial strikes. And others just use them for surveillance or filming.

Nearly all of these reasons are valid, but as far as I’m concerned, I always wanted to use drones for transferring objects. Using my quadcopter to pick up objects from high places appealed to me ever since I got it. But most small drones out there aren’t particularly good with that. As such, I was always wondering if there is a decent heavy lift drone somewhere.

Naturally, I began doing some research and have managed to compile this small list of ten facts about drone weight capacities. So how much weight can a drone carry? Let’s dive in and find out! 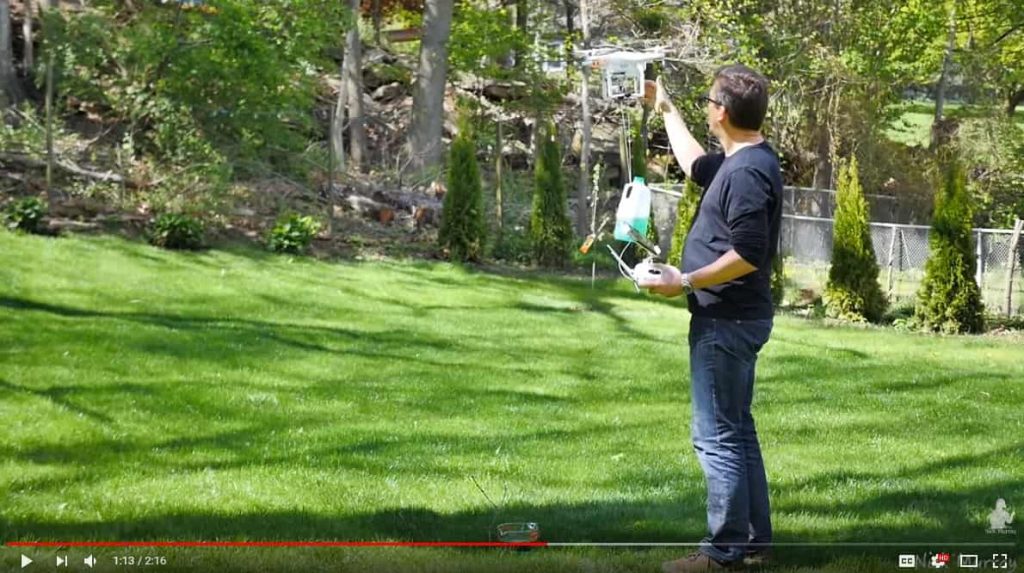 The weight my drone can carry has a fancy name to it – payload. I find this name particularly interesting because it reminds me of numerous FPS games. “Payload” is just typical criminal or military jargon, and whenever I heard it, I got interesting flashbacks to playing Counter-Strike.

So what do drone manufacturers mean by “payload?” The definition is simple – it’s the maximum weight the drone can carry with itself during flight. But the term doesn’t just refer to packages I can hook up to the drone. In fact, it actually includes everything that I put on the drone. From cameras to trackers, from sensors to packages, it’s all covered by “payload.”

It’s highly important to know the payload of the drone. For example, if you attach a bigger package onto a drone, it can collapse and break. And considering how expensive average drones already are, it’s damage nobody really needs.

Most drones list the payload weight right on the package. However, I can also do an online search and check anything related to the carrying power of my quad in case I buy the drone second-hand. That would be the first piece of advice I’d give to anyone interested in transporting packages via drones. Always, always, ALWAYS check the payload of a new (and especially of a used) drone.

3. How Payloads Affect the Flight Time

Naturally, there’s a direct correlation between the weight a drone can carry and the top speed it has. Anyone with a basic knowledge of physics can tell that more weight equals slower speeds. The same goes for airborne objects.

Whenever I want to buy myself a new drone (which I do once every three months), I check this information. I’ve run into shady dealers who brag about amazing flight times. However, they almost always fail to mention whether these top speeds include the payload or not. The moment I see that this piece of information isn’t there, I pass up the drone.

Of course, I should point out that any weight can affect the speed, from the smallest gadget to a sizable camera. Related to the activity the drone will be used in, this info should be taken into account.

At first, I had no idea what this term meant. After some digging, however, I found that it refers to the maximum weight an aircraft can handle without any significant problems in the air. In other words, takeoff weight is the weight at which a craft can “take off” without any issues.

Naturally, a drone isn’t an aircraft, though it is an airborne object. As such, maximum takeoff weight has to be taken into account when buying one. If I want to transport heavier objects, I’ll need a quad with as big of an MTOW as possible.  However, I never try to go anywhere near the MTOW, just in case. Most people who actively use drones will stress this tip as well. 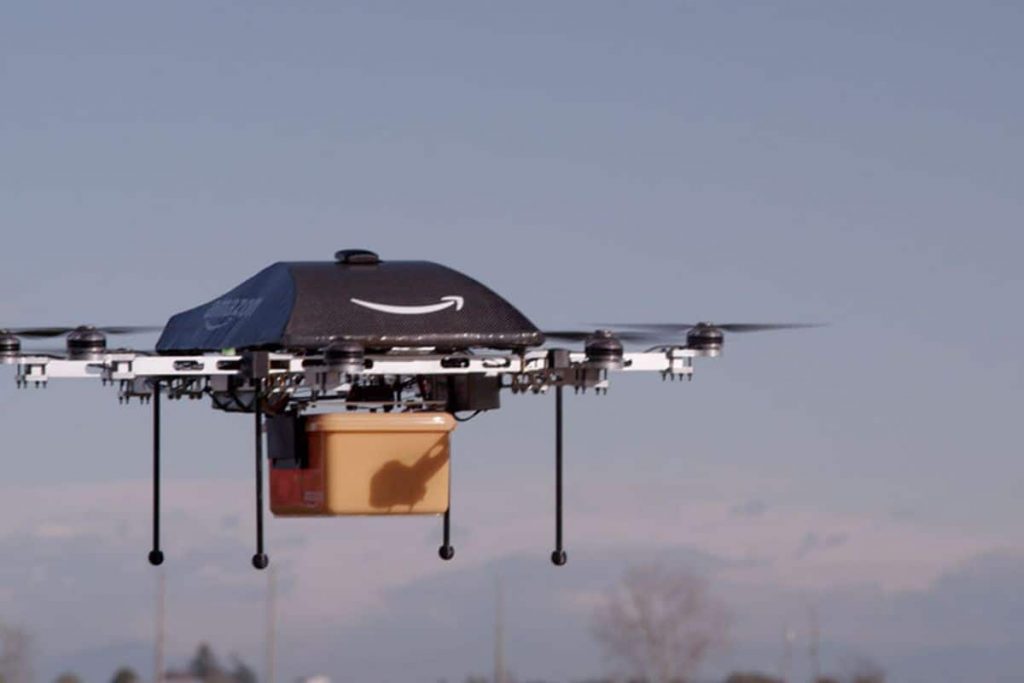 5. Which Drones Can Lift?

Technically, there are drones out there that cannot carry anything. However, that depends largely on their design and not much else.

Most people new to drones think that small, hand-sized drones aren’t capable of supporting any weight, which is false. Of course, their MTOW is usually under 10 grams or 0.4 ounces. The Rabing Mini Foldable drone, for example, doesn’t go beyond 7 grams or 0.2 ounces, whereas Cheerson CX-10 tops off at a gram below that.

There are other small drones, such as Syma X8C, that I can mount a 200-gram/7.1 ounce camera on. However, anything that goes beyond a kilogram falls under the so-called heavy-lift drones.

Related Topic: 8 Hacks on How to Find a Lost Drone Fast this 2018

As stated, a heavy lift drone is any drone whose MTOW goes well beyond 1kg or 2.2 pounds. Depending on how large the object is, the flight time can vary anywhere from 10 minutes to half an hour.

Most of these drones are used by professional cameramen and videographers in general. A heavy lift drone can handle a heavier piece of photo equipment and has more stability. It also maneuvers a little better than regular commercial drones generally do.

However, the use of these aircraft also includes transport. Vulcan UAV airlift currently has the largest MTOW at 30 kg or 66 pounds. Otherwise, most other heavy drones average at half that weight.

It’s important to know that lots of heavy lift drones aren’t commercially sold. These are usually used by the military and can endure quite a lot. However, even if they were sold on the regular market, they wouldn’t find too many customers. The reason behind this is their abnormal price that moves into tens of thousands of dollars.

When it comes to payload capacity, it’s all about the power-to-weight ratio of the machine. As stated, most military-grade drones can lift quite a bit, but no civilian can have it at the moment. In terms of commercial drones, the deciding factor is the lift.

Let’s say that I have two drones. One of them has tiny rotors. The other drone’s rotors are far larger. Which one of these will have more air thrust? Well, the one with larger rotors, of course. It might be true that small rotors bring about a faster airflow. However, the larger rotor decides the air thrust. It’s simple physics. And speaking of simple physics…

Every time the rotors of the drone spin, they create an upward thrust. It’s this combination that makes the drone go up and down. Unlike toy helicopters, it’s a bit more demanding to control because of this system.

One thing that I’d definitely stress is that every new drone owner takes classes in drone piloting. I myself took them before even buying my first quad. Naturally, these classes taught me to control my drone and fly it at full capacity. But the cool thing is, I also learned how to handle a drone under full MTOW. The experience is different, yet I got my hands used to it, which made me ready to fly literally any drone of any weight.

I’d like to talk about flight time now. As the name suggests, it relates to how long a drone can stay airborne. Normally this depends on the battery and the surroundings, of course. However, an average flight time for any drone is roughly 15 minutes. Most lists give out drones with maximum flight times of half an hour.

Several different factors affect flight time. Climate is one of them, as powerful winds, moisture, and air pressure can work my drone to the bone. Of course, these elements affect the payload as well.

If anyone would like to increase the flight time of their drone, I’d suggest these steps. First off, I remove any additional gadgets that come with the drone. These usually include cameras. Next, I remove the propeller guards, if my drone has any.

They might not weigh much, but any gram removed adds more air time. Finally, I get additional batteries and a multiple battery charger. One never knows when and how the drone will require some juice. This is especially important when it comes to drones carrying weight.

These two aspects are tightly linked with flight time. When it comes to altitude hold, it’s important that my drone stays in the air longer and is as stable as possible. Any cameraman can tell you how pertinent this is for decent aerial photography. So whenever I shop for a decent drone to carry my stuff, I check online how well it can stay in the air.

Operating range, on the other hand, matters even if I don’t care about the weight my quad can carry. This refers to the distance a drone can fly while the owner still maintains control. In other words, if the operating range is, for example, 300 meters or 984 feet, my drone loses signal anywhere further than that. If my drone is carrying an important payload, the last thing I want is to lose it.

Both of these factors are usually listed within the instruction manual of the drone. If not, the easiest thing to do is to look the info up online. Various chatrooms and online groups deal with drones actively, and when I feel stumped, I visit them and research what I need before buying a new quad.

So, What Drone, Should I Buy, Then?

Ultimately, there is no real answer. Since I’m focusing on weight, I’d say that it depends on what the person wants to use it for. It’s safe to say that miniature drones won’t be carrying any cameras anytime soon. Some small drones, however, will, and as stated, their maximum weight is roughly that of three milk chocolates…or a decent camera. Heavy lift drones are the way to go, as their maximum weight can be as much as a third of an average adult human.

Yet drones keep growing and evolving when it comes to this issue. In 2016, Griff Aviation announced the production of a drone capable of actually carrying 225 kg or 496 pounds. In short, this eight-propeller monster will be able to carry an entire human being with a flight time of a staggering 45 minutes! With 2019 around the corner, I can only imagine where drones will go next. One thing’s for sure – all future drones will be able to carry more weight at longer flight times, and with fewer problems.