12 Awesome Ways On How To Disable A Drone – Keep Your Privacy Safe! 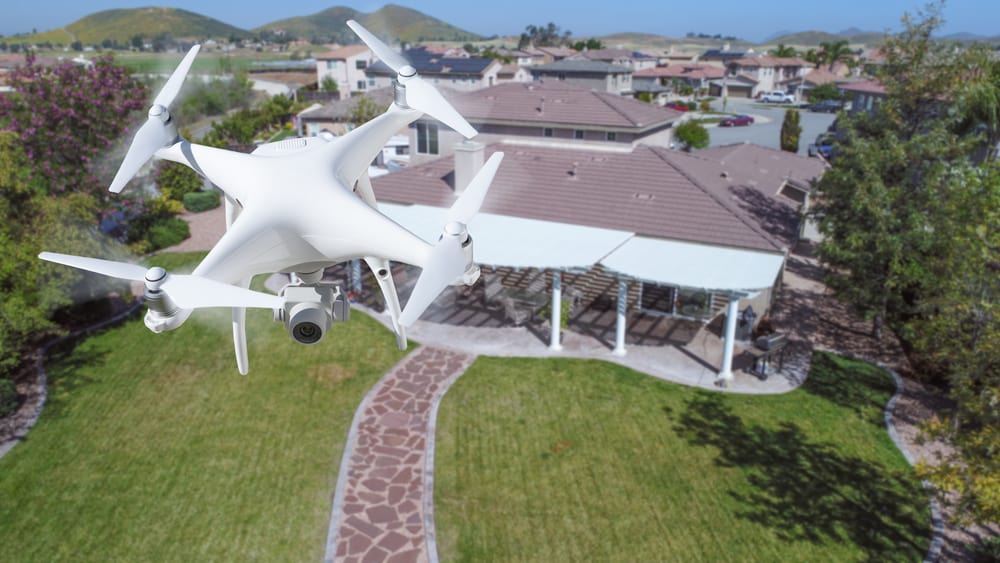 There is an increasing number of people that are joining drone activity, and because of this, they become more affordable and accessible. If you check out the sky, you will see several drones every day. There were attempts to disable drones. Some of the reasons for disabling a drone can vary from curiosity and boredom to safety and privacy concerns. For those who are interested in how to disable a drone for whatever reasons, here are twelve ways that you can consider.

Ready to Disable a Drone That is Bothering You? 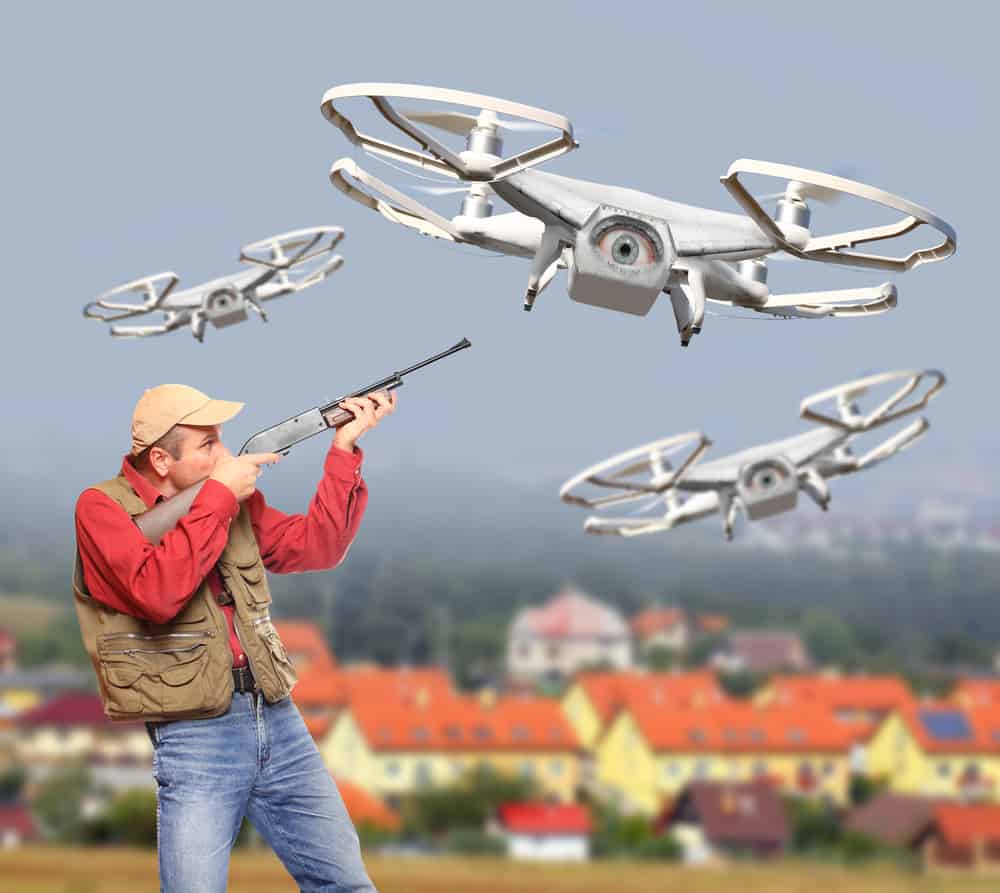 Here are the 10 steps. Lets get started!

1. Using a Gun to Shoot Down a Drone

Using a gun to shoot the drone down is very useful, but it is quite dangerous. The outcomes for shooting down a drone varies by state, but you might be facing charges or be prosecuted by laws about the discharge of guns. Also, the offender could be held liable for damaging the drone and should pay the owner.

2. Safer Way of Disabling a Drone

For a safer way of disabling a drone, you can use nets instead of shooting them with guns. In Tokyo, they are working on implementing net-carrying drones which can intercept questionable smaller drones.

It is a bit different in Michigan. At Human Interactive Robotics Lab they are working on a drone catcher system for disabling intruding drones. They create a drone-mounted net cannon that can capture another drone that is 40 feet away.

A drone defender can be used to disrupt radio waves. It is a device that releases an electromagnetic field that is designed to interrupt the GPS and ISM radio frequencies. The defender can take control and safely land the drone in the ground. As of the moment, the consumer is not allowed to use it and is still waiting for authorization from the Federal Communications Commission.

It is referred to as flying computers, and it can hack into the drone’s software by using Wifi to connect to an unsecured network port. During a hacker conference in Las Vegas, one of the participants demonstrated a drone that can penetrate into computer networks by scanning for unsecured networks, sending information to the pilot, and recording their locations via GPS.

The Dutch National Police are studying the possibility of using eagles to disable a drone. They are determining the capabilities of eagles as anti-drone weapon systems. If you are concerned about the risks involve, and if it could harm the eagles, according to Guard From Above, the eagles are protected with their talons scales. Up to the present, they are still investigating any possible protective measures that can be done to protect the birds.

The Dutch National Police wants to know from the Dutch Organization for Applied Scientific Research to check on the possible effect on the bird’s claws. The result is still not known.

Jet skis are not the cheapest way of disabling drones. But, there is one skier who was able to show the public the effectiveness of the jet skis.

SkySafe introduced the spoofing technology that enables law enforcement or those who are interested in protecting the airspace against a drone. The Company can take control of the drone from the operator. They are a legitimate controller and can direct it to a safe place without any damage.

The new geofencing safety system keeps the drones out of the restricted areas. It is like an invisible fence for your pet dog – only that it is not found in the land but in the sky.

This Drone Death Ray can disable a drone as far as 5 miles. This technology was developed in the UK and distributed by LitEye in Colorado. It is a less portable solution, but it is a fully integrated anti-drone defense system. Drone Death Ray can detect, classify, disrupt, and track the treat of suspicious 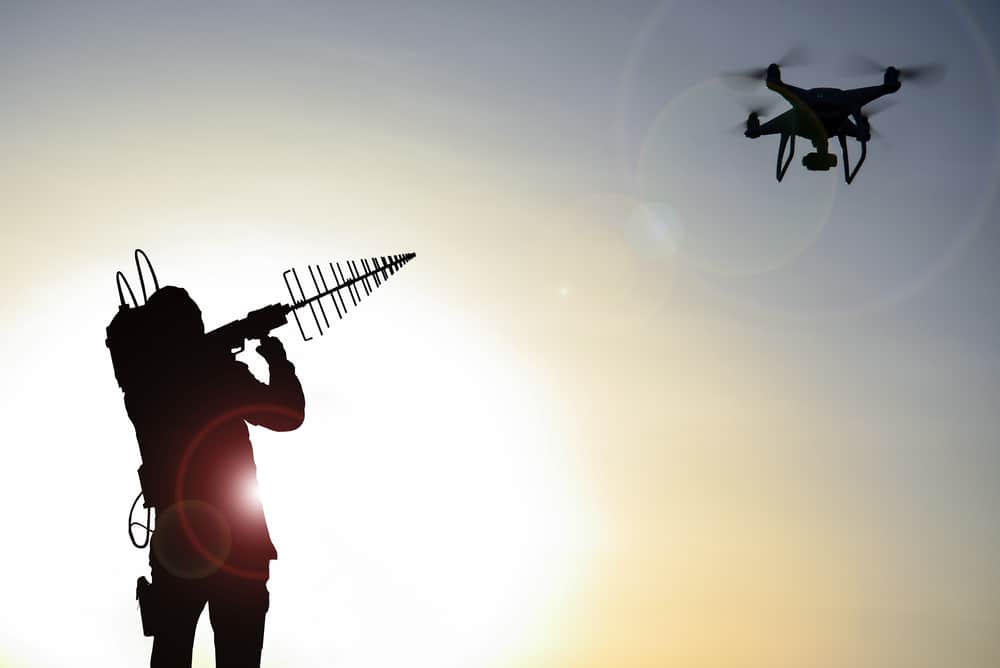 drones and is now being produced

Drone Zappers are being tested at the Denver International Airport as part of the FAA effort to identify the best way to get rid of the drone menace. Drones have become a significant problem for airports that airplane makers are dealing with. Big companies like Boeing and Airbus are developing anti-drone technologies to be added to the jets.

Elbit Systems are the company responsible for the ReDrone system. It detects drones, quickly identify them, track like radar and disrupts drone by interfering the radio connection between controller and drone. It is a white dome installed on a tripod with an antenna, and it communicates with a suitcase unit and color display. It monitors drone 360 degrees and can easily track and disable several drones simultaneously.

There are lots of drone tracking apps that are developed, such as DeTect’s Drone Watcher App and also Drone Detector Free which are available for download on Google Play Store. Drone Watcher is free, however on a freemium model.  The full-featured has a locator beacon, a running history of drone detection and crowdsourced coverage. It’s only a matter of time before consumer versions of this product can disable, disrupt, or destroy drones.

Drones can be fun to fly, but they are also a threat to security. These drones are known as flying spies, sticking their nose in sensitive areas, and there are concerns that it could be used as an IED or improvised explosive device. Keep in mind drones that are small, fast, and nimble are hard to take down. Also, shooting at a drone using any weapon can endanger the life of many. There are other ways that you can use to disable a drone without getting into trouble. You can consider using one of the mentioned ways above.