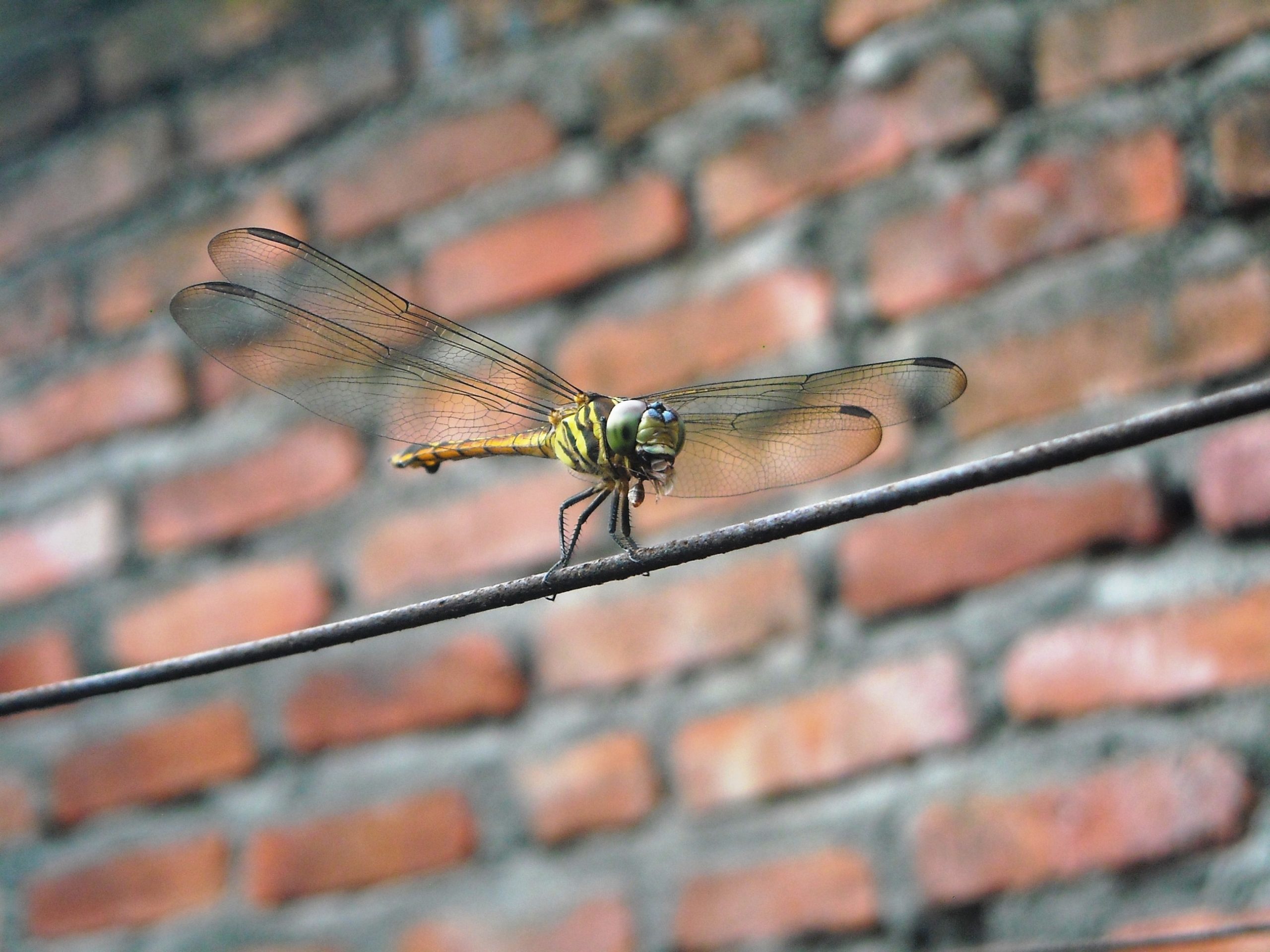 Are you trying to figure out how to keep bugs away from a wifi camera battery operated? You’re welcome to join the club, though I hope you have a better tolerance than I do for anything with eight legs.

All my life, I have been afraid of insects. I distinctly remember my entomophobia from the earliest childhood years. I used to have a stuffed toy ―  a mosquito ― and I was so petrified by it that I would throw it out the window, night after night. For some reason, my parents kept on bringing it back to my room. As it turns out, they were extending my agony and giving my phobic behavior roots.

Little could I imagine that even when I grew up and learned to control my irrational fear to an acceptable extent, I would have to face it all over again ― and for a completely new reason. Namely, as any wary fresh homeowner would, I, too, wanted to make my family nest as secure as possible. So, I installed a wireless security camera.

But only days after I set it up, I was in for a real treat! What I saw on my computer screen feed was a thing of nightmares ― spider-spun cobweb full of innumerable insect carcasses. I could see barely anything else, not even a nosy neighbor lurking about, let alone a trespasser with his eye on my valuables.

It was time for me to get down to business and do some research. Here, I want to share with you everything I found out about bug infestation on outdoor security cameras ― why it happens, how it affects us, and what steps we can take to deal with it effectively.

Why Are Insects Drawn to Security Cameras? 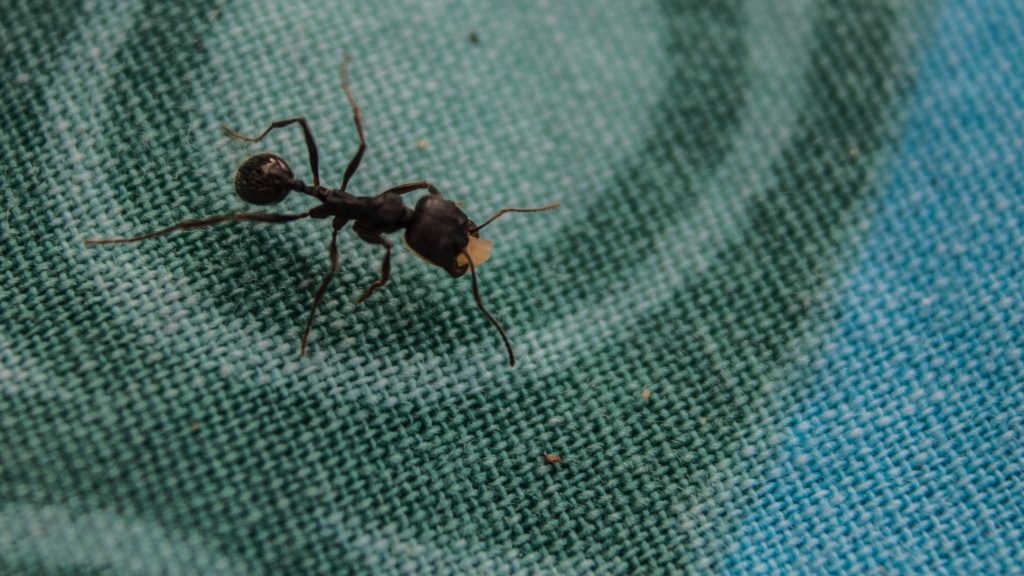 As it turns out ― our outside security systems have micro-ecosystems of their own.

So how does that come to be? Namely, security cameras emit InfraRed LED light in night mode. And as moths are attracted to street lamps, so are nocturnal insects drawn to our cameras. Hence, they are constantly flying, buzzing, and crawling around the camera lens.

To make matters more obnoxious, such a gathering of insects is a true feast for spiders. Although unable to see the IR LED light themselves, they are more than capable of sensing that our cameras are the perfect place to set up shop.

In essence, this is a real pain and downright annoying for anyone ― whether you have insectophobia or not. Bugs and spiderwebs block the camera’s view, which results in it not functioning properly.

In addition, insect and web movements trigger false alerts, especially when you have motion-detecting cameras. Consequently, that fills your inbox with unnecessary security emails.

So, read on to find out which tips I uncovered on my quest to exterminate insects and keep them away from my security camera. I will provide an overview of the 12 ways you can deal with this bothersome problem, and tell you candidly which ones I’ve put to the test, as well as how they worked out for me. 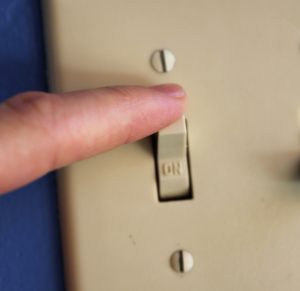 What seemed like a foolproof solution to me was to simply eliminate the core of the problem ― the light itself. Luckily, most cameras nowadays have that option. I figured that turning the InfraRed LEDs off would send the pesky nocturnal nuisances back to the darkness where they belong.

And so it did.

However, that meant that the camera’s night mode wasn’t able to function to its full extent. So, I had to use an external lamp instead to make up for the missing lighting.

Pro Tip: To prevent insects from buzzing around this lamp as well, place it inside, behind the windowpane. That way, it will illuminate the designated area outside, but few bugs will be able to reach it.

2. Use an Insect Repellent Aerosol Spray

Those sprays work on people’s skin, so there’s no reason they wouldn’t work on security cameras, right?

While aerosol sprays are temporarily effective at ousting insects, they do wear off rather quickly. Naturally, I would have to reapply regularly, which is quite impractical for this purpose. So, I didn’t go for it. 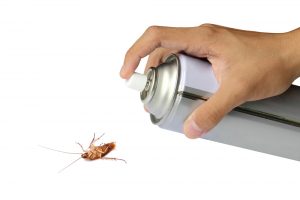 Well, this tip is certainly effective against ― and lethal for ― most of the tiny creatures. But, just like aerosols, insecticides evaporate quickly, too. I would need to reuse them every couple of weeks.

Plus, they don’t work on spiders and flying insects, as they have limited to no contact with the poison-coated camera.

All in all, I didn’t opt for this solution. Insecticides are dangerous chemicals, and I didn’t want to risk exposing my kids and pets to harm.

Some people online swear by home remedies, such as using citrus juice, peppermint, eucalyptus, and lavender oils, as well as vinegar to deter insects. They are non-toxic and cost next to nothing, so I had to give one a go.

Being wary of the potential adverse effects its acid might have on the camera’s plastic casing, I decided to pour some vinegar in a bottle and place it close to the camera.

While it had the desired effect of chasing some insects away, it turned out to attract others. Certain types of flies were drawn to the vinegar. It probably reminded them of the yummy rotting fruit they feast on. 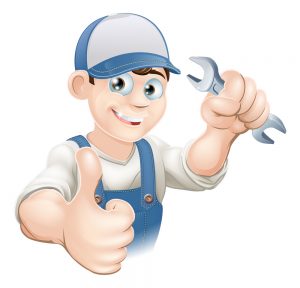 This one is a no-brainer, but I thought I should include it. Regularly sweeping the cobwebs and cleaning the camera with a soft bristle brush is a good yet temporary solution.

You can use a dryer sheet for more than laundry, apparently. It could be secured to the camera with a rubber band. Then, its strong smell would drive the bugs away.

Personally, I did not try this one out as I didn’t have a dryer sheet on hand, but many online reviewers praise this method. However, it has occurred to me that this solution may not be the most visually appealing one.

Given that I have pet dogs, I am no stranger to flea collars. If they work on fleas, they will work on other insects, too.

I attached one around the camera, and the results were visible, if not quite astounding. But, I needed something even more potent, so I kept on searching.

8. Blow the Bugs Away

I read that putting a low-cost computer fan behind the camera would work wonders in chasing the insects and arachnids away.

In fact, I have heard this tip several times, but I haven’t tried it myself. I simply found it very tricky to set up. Also, it seemed to me that it would be noisy, ugly, and that it would increase my energy bill.

Trap lamps are undoubtedly effective in drawing insects away from the security camera. However, I found that, if not placed strategically, their glow interferes with the camera and partially blinds it.

10. Lubricate the Outside Case

Another thing I learned was that you could apply petroleum jelly or a silicone-based product on the outside case and the area surrounding the camera in order to make it slick. When those areas are slippery, spiders are unable to attach their webs and move properly, and other insects cannot crawl over it.

But, even though I didn’t test this theory, if I were you, I would apply only a thin layer of the product and avoid smudging it on the camera lens. 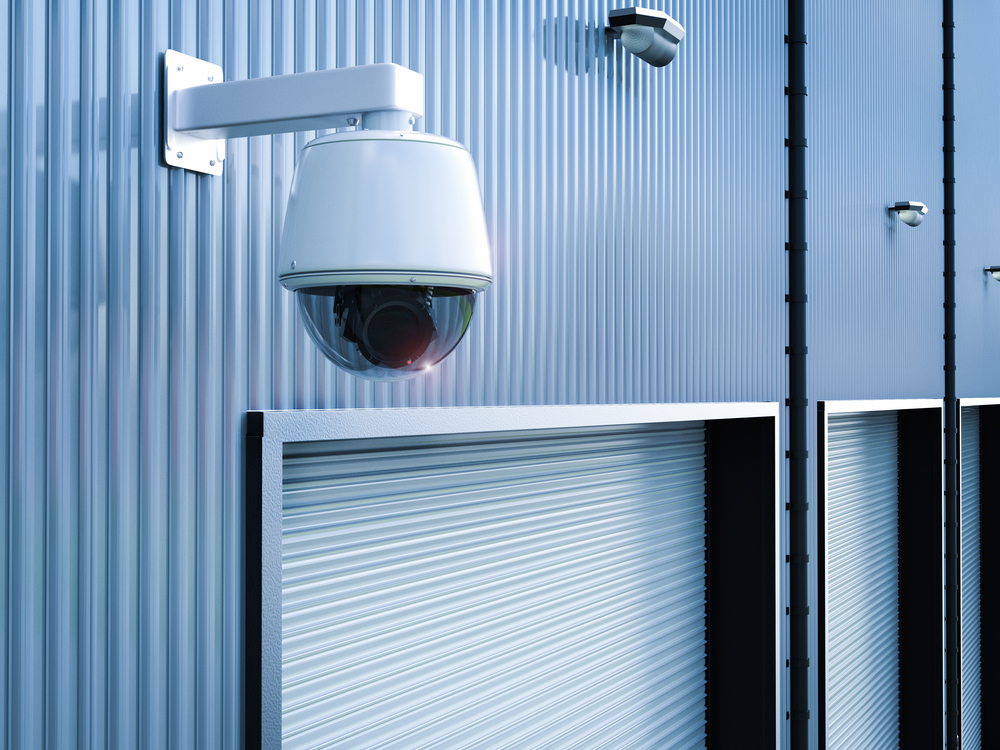 A dome camera, unlike a bullet camera, has a round shape, so there isn’t much surface for insects or spiderwebs to cling on. They fit best under eaves where they are protected from all weather conditions.

In case false motion sensor alerts are the main problem, I found that switching to intrusion detection or dwell detection instead could resolve this. The alert, in this case, sets off when something of a given size is captured on camera for a certain period of time (usually after a couple of seconds).

This worked very well for me ― not only is my camera fully functional now, but an occasional insect doesn’t set off false alerts anymore.

After doing thorough research on this topic, I came across twelve solutions to this common problem.

I tested some myself while I leave others to you. Make sure to tell me in the comments if these tips work out for you and share the article with anyone you think might need help with this as well.

To sum up, I didn’t use any bug repellents or insecticides as I thought the former wouldn’t be effective enough in my case, and the latter seemed like risky business to me ― I didn’t want to jeopardize my family’s health.

Also, I didn’t have any dryer sheets, silicone-based products, fans, or dome cameras in my possession, so I was unable to put those to the test.

The things I tried out that left me slightly underwhelmed were:

The bottom line is that what worked out the best for me was turning off the camera’s own light and replacing it with an external light source, combined with switching to intrusion detection mode for maximum bug-free home safety.

I could even say that now I can keep an eye on everything and that nothing is bugging me anymore!