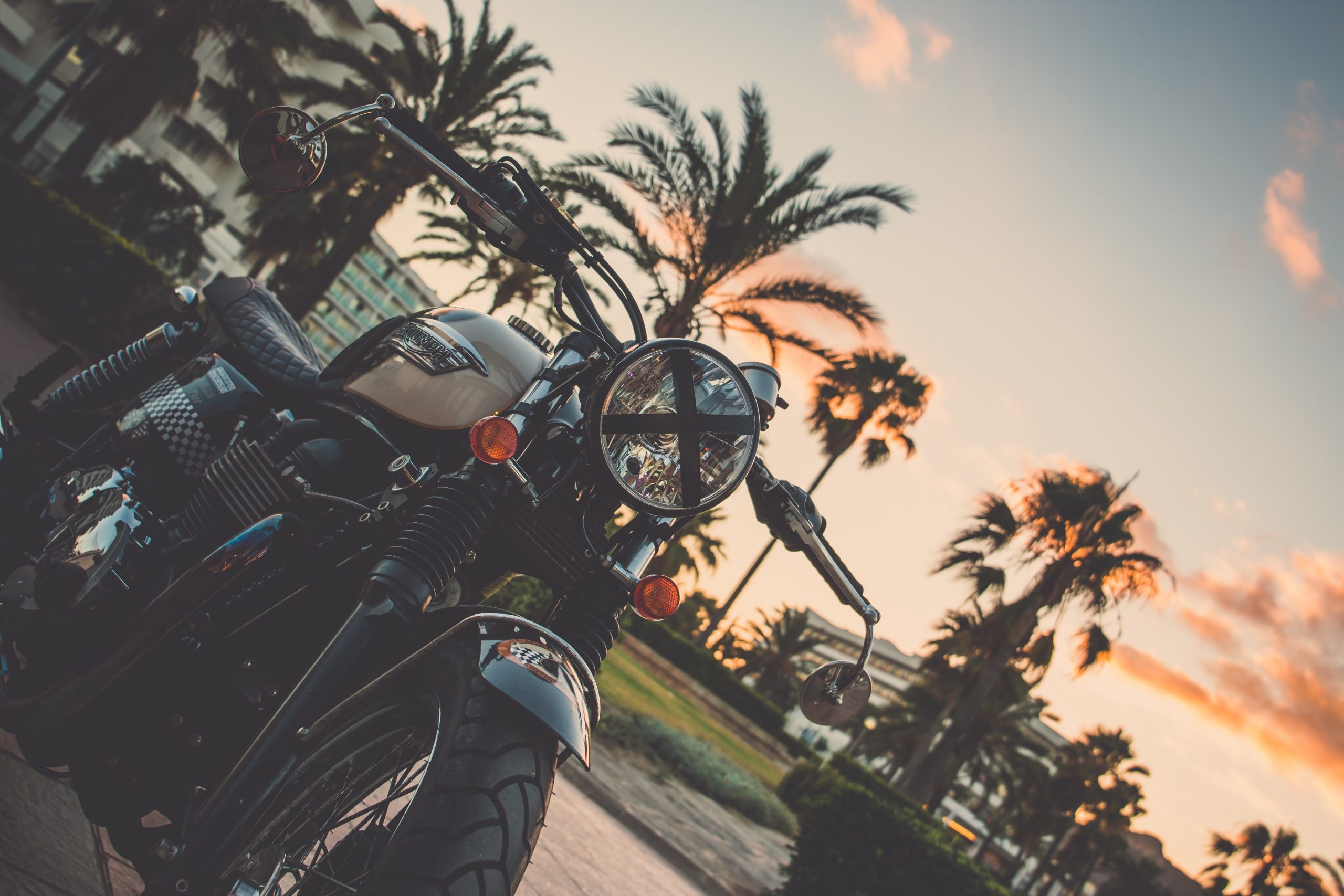 Ever since I was a kid, I went on long bike trips with my family. So when I got older, I continued riding and even bought myself a good, expensive bike. However, after just a few months of owning it, someone actually stole my new, shiny bike. At that moment, I wanted to kick myself for not learning how to prevent bike theft before something like this ever happened.

So before I bought a new bike, I hopped on Google and started looking for the best tips and tricks on how to keep it safe. Once I felt confident that I had learned everything there was on the topic, I went out and bought another bike. However, in addition to the bike itself, I also got a few handy tools to help me in the future.

It’s been four years since I bought that bike, and let me tell you, no one has tried to steal it from me. That being said, I thought I’d pass on the knowledge and maybe save others from the horrible experience of getting their bikes stolen. Here is how you can prevent bike theft in a couple of simple steps: 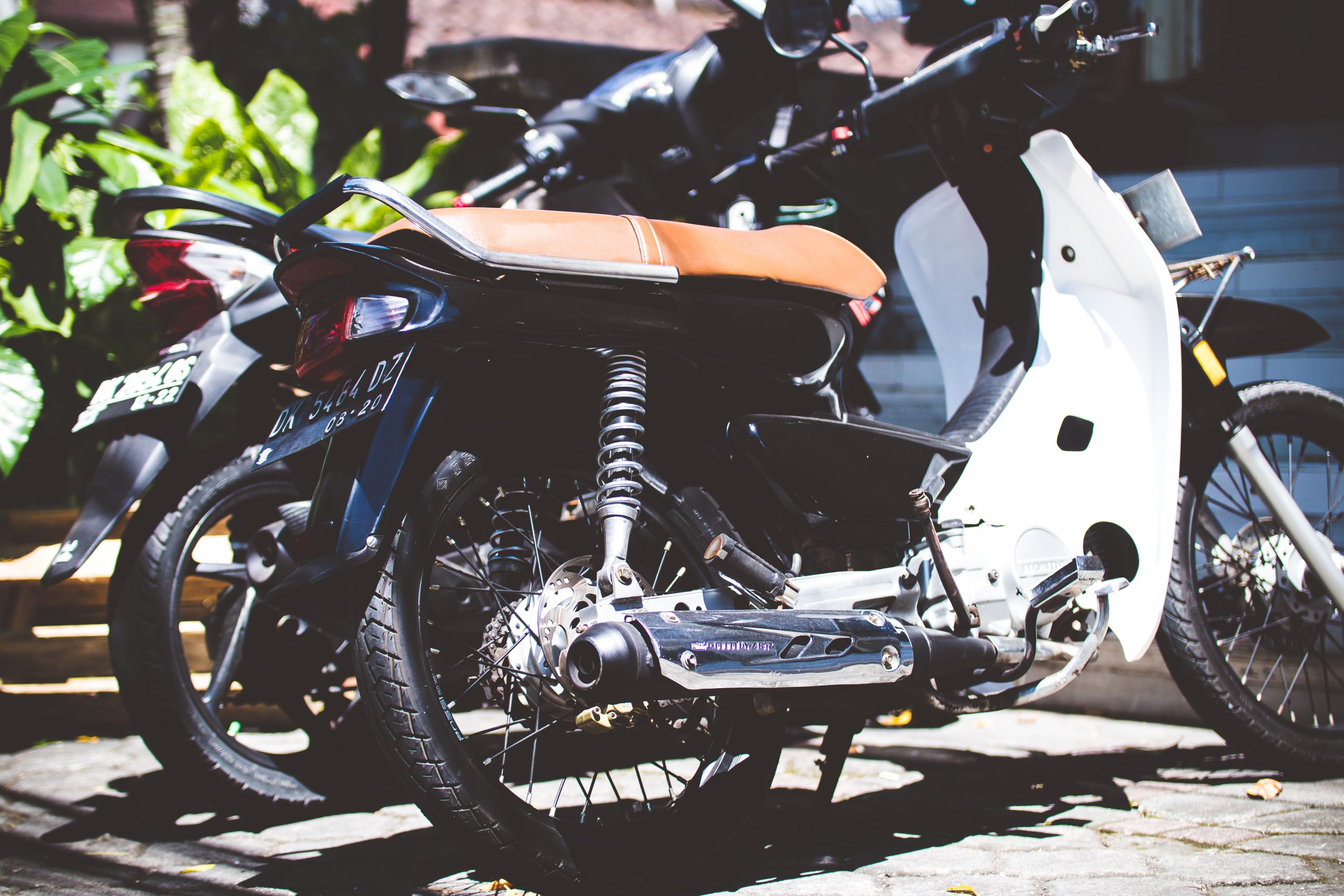 Now, there’s no single lock on the market that can’t be cut or opened with a pair of bolt cutters. But that doesn’t mean you should just give up and not put anything. For starters, a bike lock will deter any potential thief who doesn’t have any tools with them.

Also, even if they try to steal your bike, getting rid of a good lock will take them at least a couple of minutes. Those few moments might give you or a passerby enough time to stop the thief or call the police.

You can even mix and match and use two different types of locks on your bike. By doing so, you’re making it more difficult for the thief to steal it because they probably won’t have all of the tools they need. However, knowing how to lock your bike is just as important, if not more, than buying a good lock.

How to Lock Your Bike

The biggest mistake I see people making when locking their bikes is locking only the wheel. If you do that, a thief will just remove your wheel and walk off with your bike. Instead, always lock your frame to an immovable object.

Also, never leave your lock on the ground. By doing so, a thief can easily smash it using a hammer or use the ground as leverage for bolt cutters. If possible, put your lock around the seat tube, high up off the ground.

As I said, almost every type of lock can be broken or picked. However, there are a few that seem to be more effective than others in deterring thieves.

I would recommend a chain lock if you usually leave your bike in open areas. They’re pretty tough, and it’s usually difficult to saw through them. 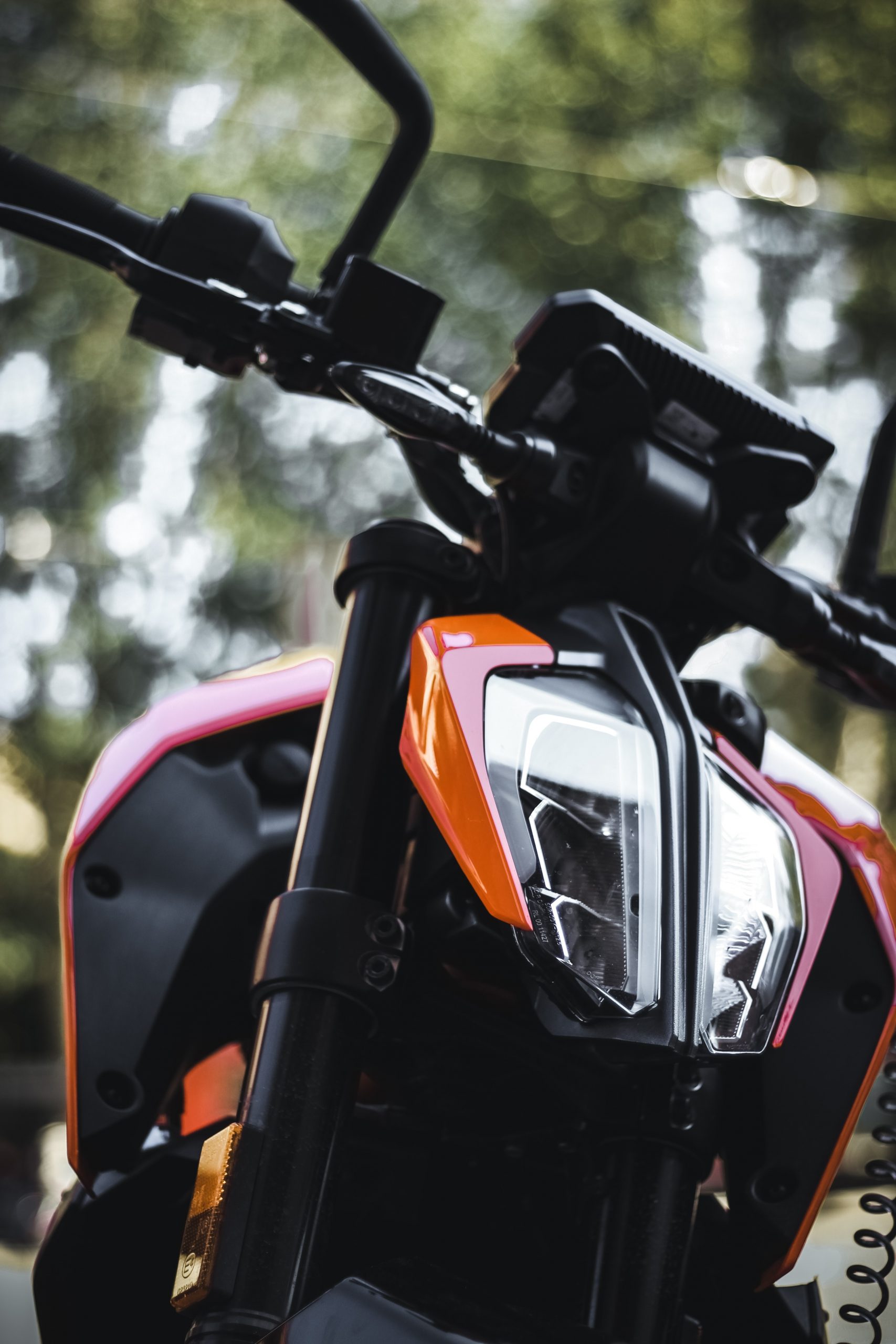 What’s more, most chain locks are long and heavy, so you can easily loop them around your bike a few times. However, if you settle on a chain lock, make sure also to buy a heavy-duty padlock.

The only downside to using this type of lock is that they’re pretty heavy and sometimes annoying to carry around.

A U-lock can resist chisels and hammers, and it’s a great mechanism that wards off potential thieves. Now, the biggest mistake I see people making when they’re getting U-locks is buying ones that are too big for their bikes. If the lock isn’t nice and snug, a thief could easily use it as leverage and pry it open with a crowbar.

If you’re looking into U-locks, I suggest buying the mini ones. They’ll fit pretty tight around your bike, making it almost impossible to steal.

Now, cable locks are usually pretty small and compact, making them the perfect choice for your daily commute. However, they’re much lighter and easier to cut through than U-locks, for example.

With that said, I would recommend using them only if you usually leave your bike in low-crime areas. You could also pair them with a chain or U-lock for that extra security.

Nowadays, you can also buy smart locks that combine the sturdiness of traditional with the convenience of smartphone controls. They’re tough to crack and usually have extremely loud alarms built-in. Smart locks will also send you an alert if someone’s trying to tamper with your bike.

However, the one downside to buying smart locks is that they can be pretty expensive. On the other hand, if your bike is worth a lot, these locks might be the way to go.

If you can, always park your bike somewhere indoors. When you’re home, lock it in your garage or at least in your backyard. However, if you live in an 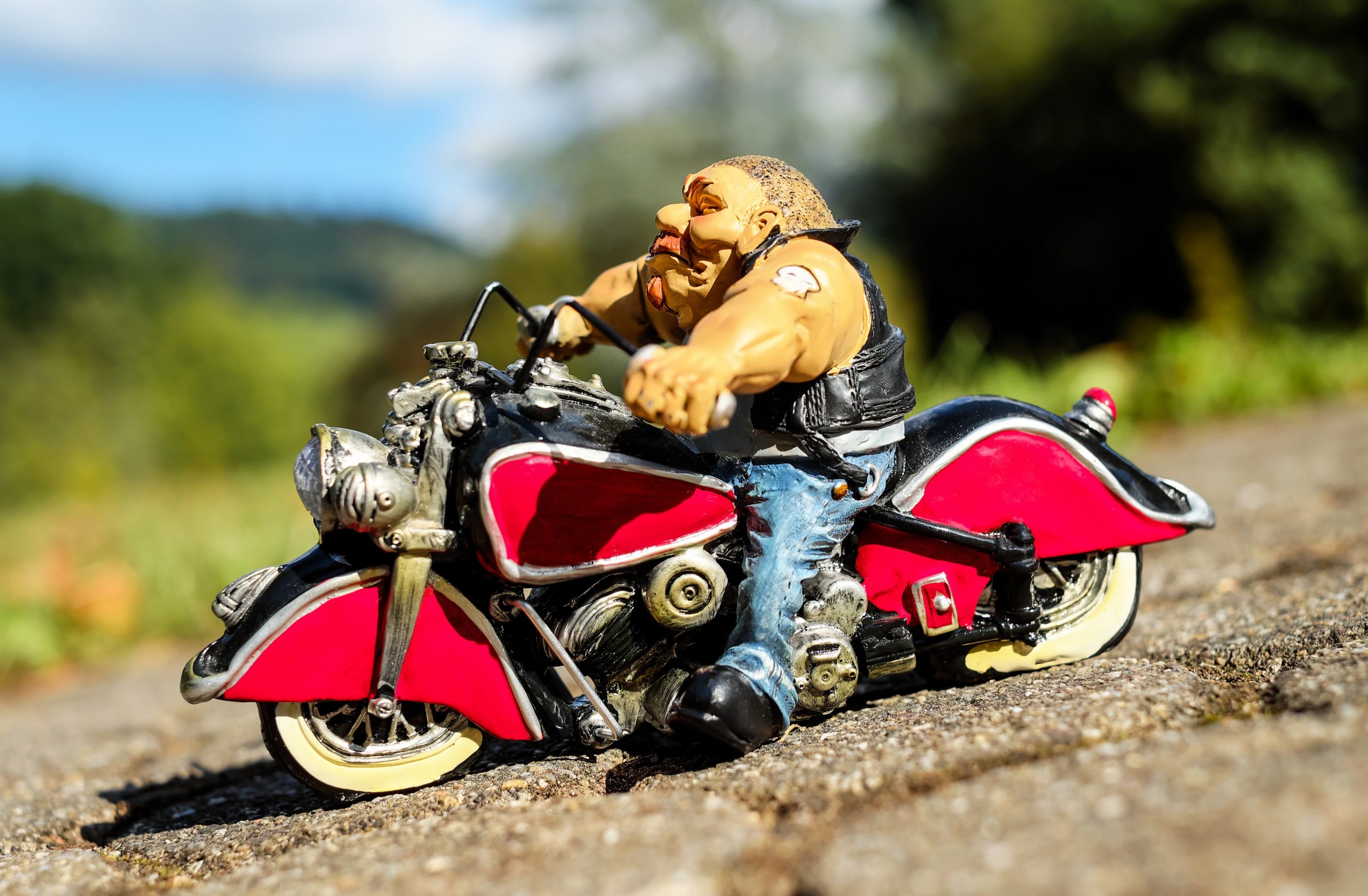 apartment building, I recommend putting it either in the basement or, if you have space, on your balcony.

Just don’t forget to put a lock on your bike. Some reports show that most bikes are stolen from their owners’ properties. So to be on the safe side, lock it like you would if you were parked on the street.

Now, if you’re taking your bike out every day to go to work or school, your first instinct might be to hide it in a secluded alley. You’re probably thinking that the alley will have less foot traffic, so your bike will be safe.

However, most bike thieves already know about these places and regularly visit them. Since there aren’t any cameras or people around usually, your bike will be a sitting duck.

Instead, you should lock your bike in the streets where there are lots of people, securing it with one or more locks. If you can, I also suggest putting it in a commercial parking garage, which usually has CCTV or security.

In addition to the lock, a security camera is the best possible way to deter potential bike thieves. There have been countless videos where you can clearly 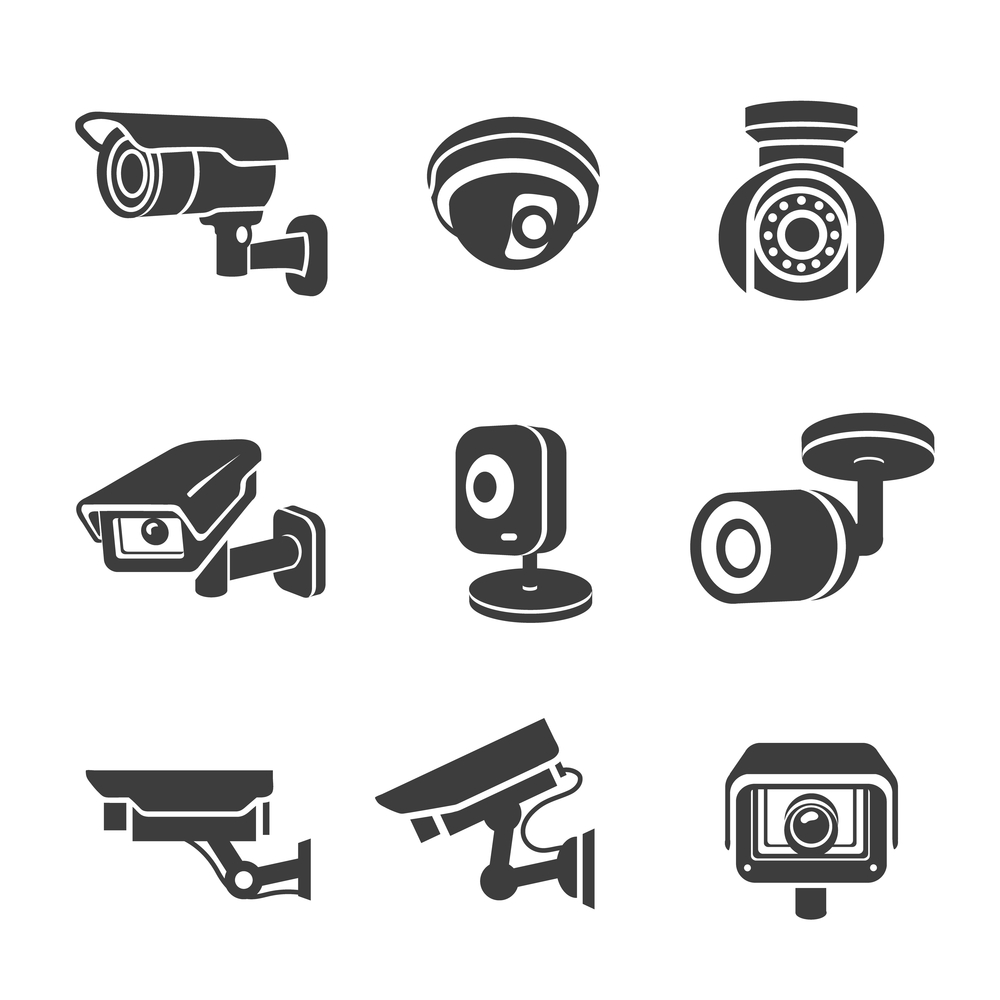 see a thief trying to snag a bike. However, as soon as they see a camera, they give up and walk away.

Now, I know that you probably can’t install a security camera system at your office, but you should have one at home. You can get a system that has both indoor and outdoor security cameras and that covers your entire home.

Also, depending on your needs, you can install a wireless, wired, or battery-powered surveillance system. Just make sure you place the cameras so that they capture every nook and cranny of your home. If you want to be on the safe side, you should get cameras that have infrared and motion detection sensors in them.

The first thing you should do as soon as you walk out of the bike shop is to write down the bike’s serial number. I have a copy of mine at home and one in my phone, just for safe measure. That way, if my bike ever gets stolen, I can immediately report it and help the police in their search.

The next step is registering your bike either online or at your local bike registration service. I’ve actually registered my bike on two websites — Project 259 and Bike Register.

Step 5: Check and Move Your Bike 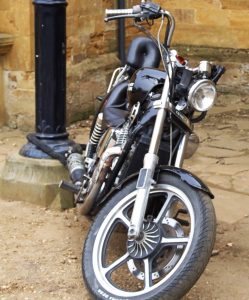 Another trick that has worked for me was moving my bike parking spot at least once a week. I have a few places around my office that I regularly use so that my bike doesn’t sit in one place for too long.

Also, I used to check on it at least once a day while I was at work. I usually stepped out once around lunchtime just to make sure it’s still there. What’s more, if I wasn’t confident in my parking spot, I would check it one more time, an hour or two before I went home.

However, I now have a smart lock and a small nanny cam on my bike. So every time I get a foreboding suspicion in my stomach, I just open my app and see that my bike is still where I’ve left it. As soon as I get home, I put it in my shed, which is covered by my security camera system.

Ever since the first time a thief stole my bike, I’ve been living in fear that it would happen again. However, I didn’t want to get a bad bike just for the sake of it, but I also didn’t want to worry about it anymore. So I dug deep and found all of the information I could on keeping my bike safe.

All I can tell you is that these tricks have served me well for the past few years, and I’m not afraid of anyone stealing my bike again. As I’ve said, the most important thing to do is choose a good lock or two and to learn how to use them properly.

What’s more, I’ve found that investing in a good camera system has helped me keep my peace of mind. Not only can I keep an eye on my bike at all times now, but I also know that my home and family are safe.

I hope you enjoyed my tips and tricks, and if you did, please leave a like or share this post. Also, if you have any other advice that could help other cyclists, leave a comment down below!