How to Prevent Motorcycle Theft (Learn The Truth and Save It) 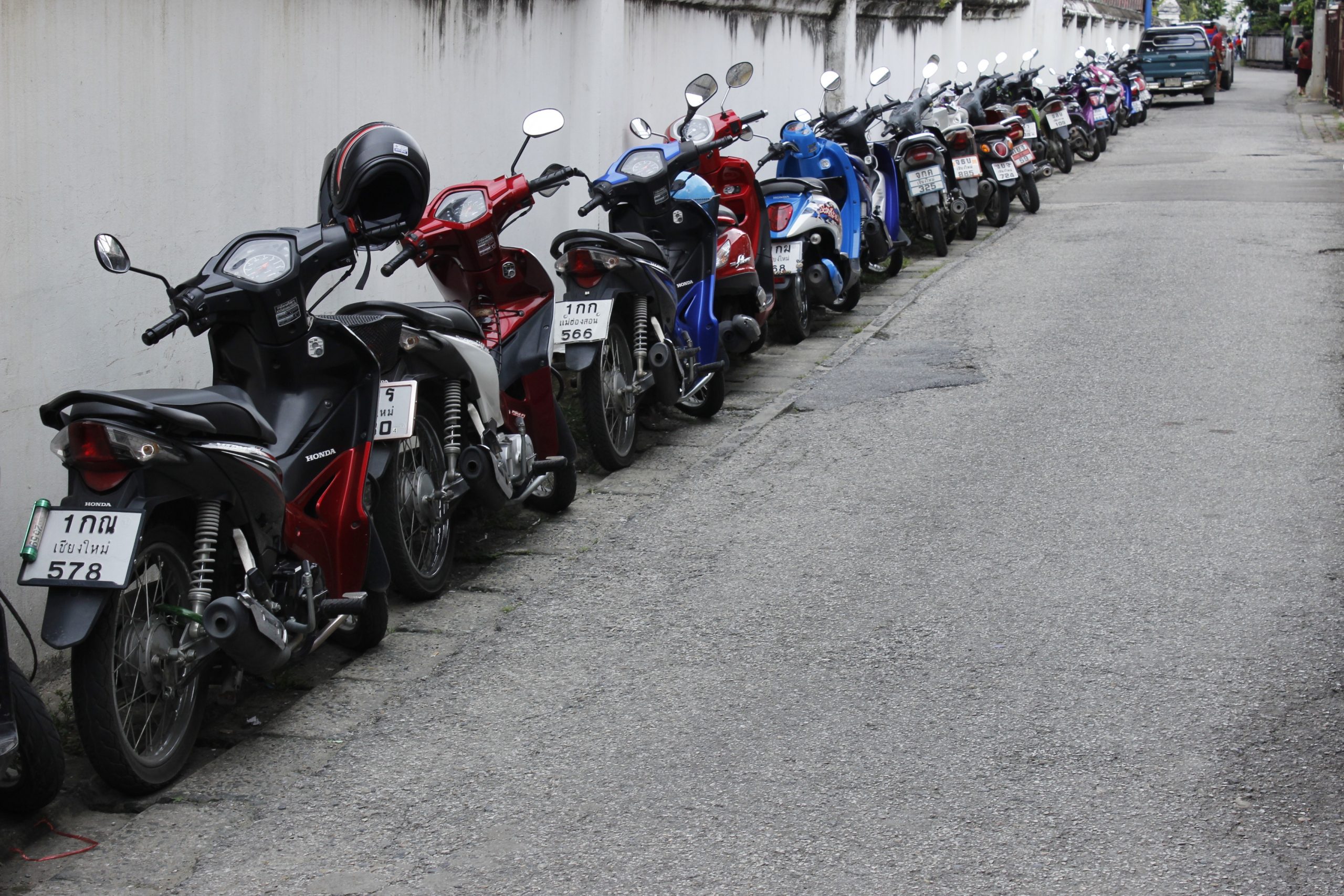 According to the official national insurance crime bureau statistics, there were over 42,268 motorcycle thefts in the U.S. in 2017. Motorcycle theft has actually decreased by 5% when compared to 2016. Still, only 42% of all stolen bikes were recovered during this period, which is worrisome.

As passionate bike lovers, we have to face this fear daily. I invested every last dime I had into my motorcycle and its maintenance. It became my “precious baby” before I even bought it. The sheer thought of losing it makes my stomach turn. And I know I’m not alone in this — every motorcycle owner feels this way.

Even if you’re not as attached to your bike as I am to mine, you have to agree that motorcycle theft is a horrible and misfortunate situation that you should try to avoid. And if it’s not insured, losing your two-wheeler also means losing all the money you’ve put into it.

Luckily, keeping your bike safe and secure is not that hard. You just need to know what you’re doing and take the necessary steps. Keep reading to find out how to prevent motorcycle theft easily.

Things You Should Know About Motorcycle Theft 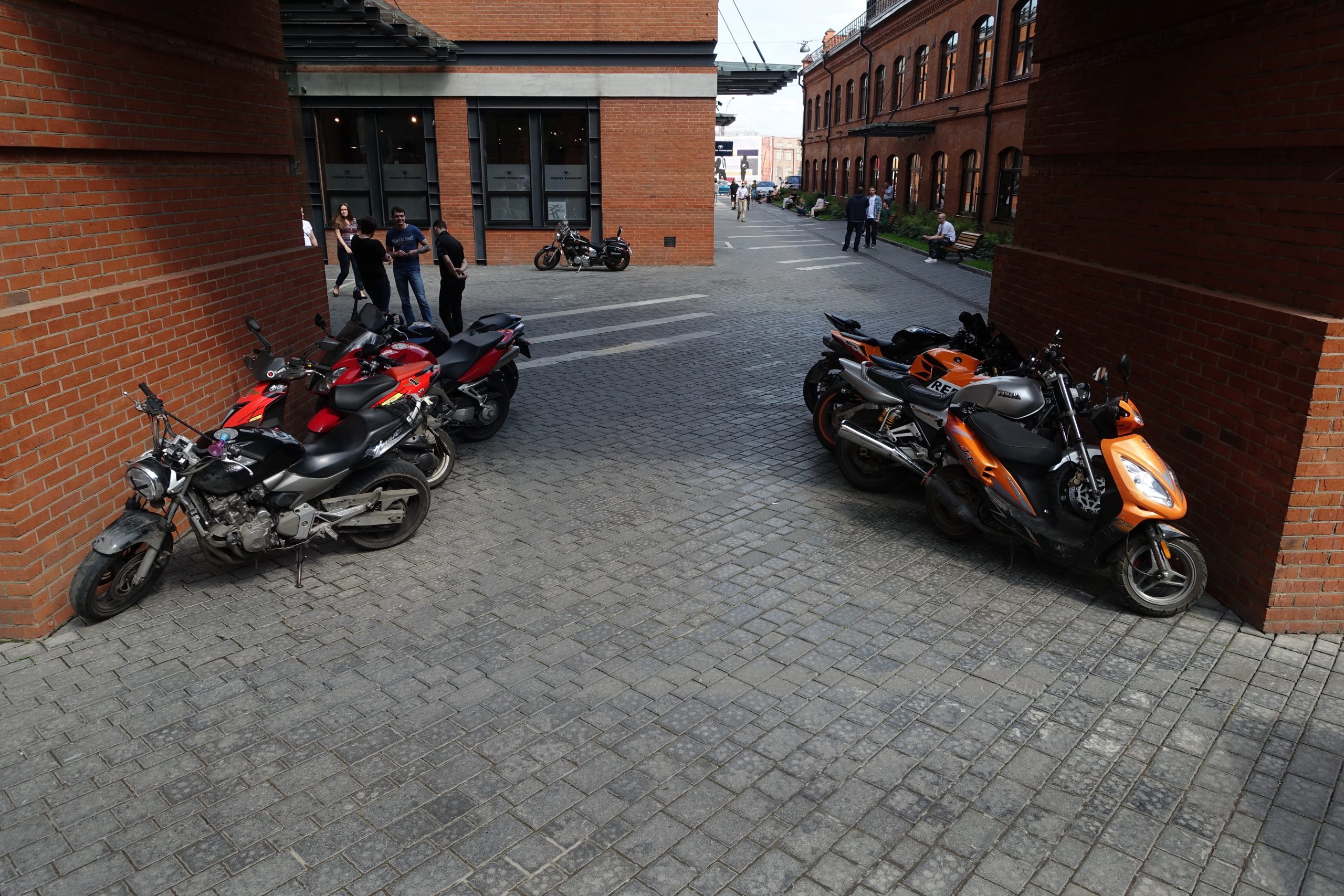 To successfully prevent motorcycle theft and keep your bike safe at all times, you’ll need:

Obviously, getting all of these things would be kind of insane. However, you shouldn’t rely on just one method to keep your bike safe, either. Instead, combine a few for that extra level of safety.

Another thing you should know is that most of the methods I’ll speak about should be done by an experienced technician or mechanic at a shop.

Steps You Can Take to Prevent Motorcycle Theft 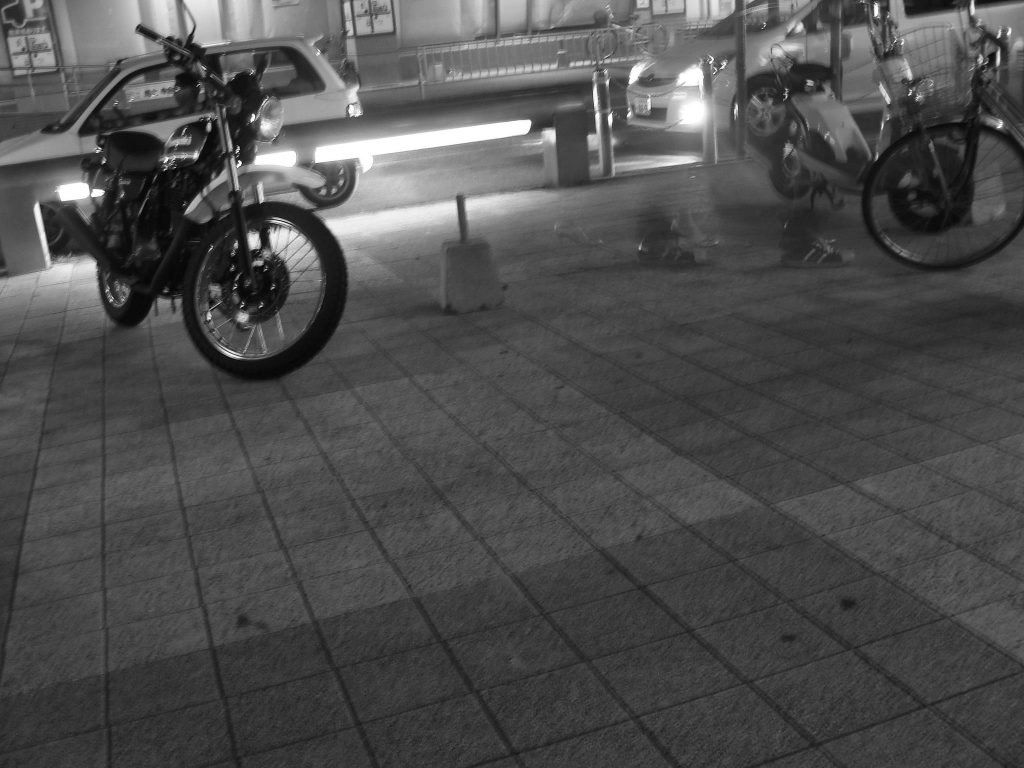 Step 1. Get an outdoor motorcycle security camera or a battery-powered surveillance camera.

Everybody knows that you should keep your motorcycle locked in your garage when you’re at home. However, some people (myself included) have a tendency to leave the bike out in the yard. In most cases, I leave it out because I know I’ll be back on it in an hour or two, and setting the bike up in the garage and locking it is, honestly, a chore.

To keep your mind at ease, install an outdoor security camera or a battery operated wifi surveillance camera looking right outside your garage. And if you get a wireless CCTV, you’ll even be able to monitor your bike from your phone. On top of that, you can set it to activate when it detects motion, so you can be quick to respond.

An outdoor motorcycle security measure is a must-have if you frequently leave your motorcycle outside the garage. In addition, a potential thief is less likely to try anything if there’s a camera pointed at their face.

While outdoor security measures might keep your bike safe at home, you’re going to have to rely on other things when you’re out in the wild. Shockingly, the majority of these new motorcycle models don’t come with an anti-theft alarm. That’s strange considering that it’s illegal to produce a car without an alarm!

Naturally, installing an aftermarket alarm will reduce the chances of a thief getting away on your bike. For starters, they probably won’t suspect you have an alarm, so they won’t try to bypass it first. Then, if they get through your ignition disc lock and start it up, the alarm will most likely startle them and scare them away.

In addition, you’ll hopefully hear the alarm and have some time to react. However, in my opinion, an anti-theft alarm alone is not enough to prevent theft. I’d recommend securing your bike with at least one additional disc lock or kill switch (preferably both).

If you’ve already decided to invest in an anti-theft alarm, you’re going to need someone to wire it up and connect it to the battery. Here’s a cool tip — when you bring in your bike to the shop, ask the mechanic also to connect a simple switch to the ignition cable and hide it in a nook somewhere on your bike.

You can’t start the bike without turning the switch, and you’d have to look around pretty hard to find it. Most motorcycle thieves won’t even try to look for a killswitch. Instead, they’ll probably think that they messed something up and give up eventually.

Step 4. Get a GPS motorcycle tracker.

Finally, we’ve come to the pinnacle of electronic bike protection — GPS units. It’s by far the most expensive method of keeping your bike safe, and it requires quite a few things.

For starters, you’ll need a SIM card and the unit itself. Next, you’re going to need to bring your bike back to the shop. Like a killswitch, a GPS unit must be professionally wired and tucked away to maximize your bike’s safety.

Although it might tighten your budget a bit, trust me when I tell you that nothing beats the feeling of knowing exactly where your bike is all day, every day. It even works great when you’re parked in a huge lot and can’t find your way around it!

Step 5. Get a disc brake lock.

A ton of people has been asking me if they should get a disc brake lock or a fork lock for their motorcycle. As always, my answer is — both!

If you can fit a fork lock in your saddlebags, go for it. Even if you happen to run across the world’s greatest bike thief, he’d still have to work twice as hard than with the bike next to yours.

However, I understand that most people can’t fit fork locks on their saddlebags, and I feel for them. But not carrying one with you — that’s just lazy.  A disk brake lock will add another layer of security to your motorcycle. Besides, it can fit on your keychain.

Even though motorcycle fork locks can sometimes be heavy, unwieldy, and a chore to set up, I think they keep your bike much safer than a disc brake lock.

For starters, a fork lock is tougher, and it’s harder to pick or force it open. In addition, it prevents the steering column from rotating, which makes the bike harder to move around. It also makes it harder to remove the wheel and steal the rest of the bike.

If you ask me, combining a fork lock with a disc brake lock and/or an alarm or security measures will truly make your bike as steal-proof as possible.

Step 7. Secure the bike to a stationary object using an impervious chain and disc lock.

I get that not everyone can afford to buy expensive wireless security measures or an alarm system. Sometimes, locking the bike to a tough, immovable object is enough, and it won’t set you back too much.

However, you’ll still need to invest in heavy-duty disc locks and chains if you want your motorcycle to stay put. The chain and padlock should be thick, strong, and resistant to bolt cutters and saws. They’re typically made from steel, so they’re heavy and big.

That may not be the easiest and most time-efficient method. Still, it is definitely worth the hassle when you want to leave your motorcycle outside your home overnight, for instance.

How and where you park your motorcycle will determine its chances of getting stolen. For example, if you park it in the middle of a busy street, motorcycle thieves are more likely to notice it and want to steal it.

On the other hand, if you park next to a bunch of motorcycles, your bike will probably be safe. It won’t stand out to the bike thieves. Besides, nobody is crazy enough to try and steal a bike when there are bikers around! Everyone knows that we stick together and protect each other.

Step 9. Don’t leave your bike in plain sight — hide it.

This method is somewhat time-consuming, but it’s foolproof. If the thief can’t see your bike, they won’t steal it, either. It’s as simple as that.

Bonus Advice — Keep your documents with you at all times.

As most of you already know, driving a motorcycle without insurance or registration documents is illegal in most states. If you get caught without either of these two documents, you will have to pay a hefty fine, and your driving privileges may be taken away forever.

Aside from that, you’ll also need these documents in case of a theft. You’ll need to call the police, and they will ask for your registration and motorcycle insurance identification card. Your motorcycle insurance company will also require them in case you want to ask for a refund.

Long story short — carry your documents with you. If you’re unsure where to store them while driving and you don’t like carrying bags, this article should give you an idea.

Inexperience is one of the main reasons for motorcycle road accidents. Similarly, inexperienced drivers are usually the ones who get their bikes stolen, as they often disregard the necessary precautions.

Even if you’re new to the motorcycle world, that doesn’t mean you have to be inexperienced. If you feel like you lack the knowledge, do some research and read up on motorcycle theft. I was a rookie once too. We all made mistakes we’re not proud of. And now, we can make use of those mistakes by sharing them with the world.

I hope this article taught you a thing or two about motorcycle theft prevention. Have you ever had your motorcycle stolen? Feel free to share your story in the comments.