2 Best Ways on How to Reinforce an Interior Door 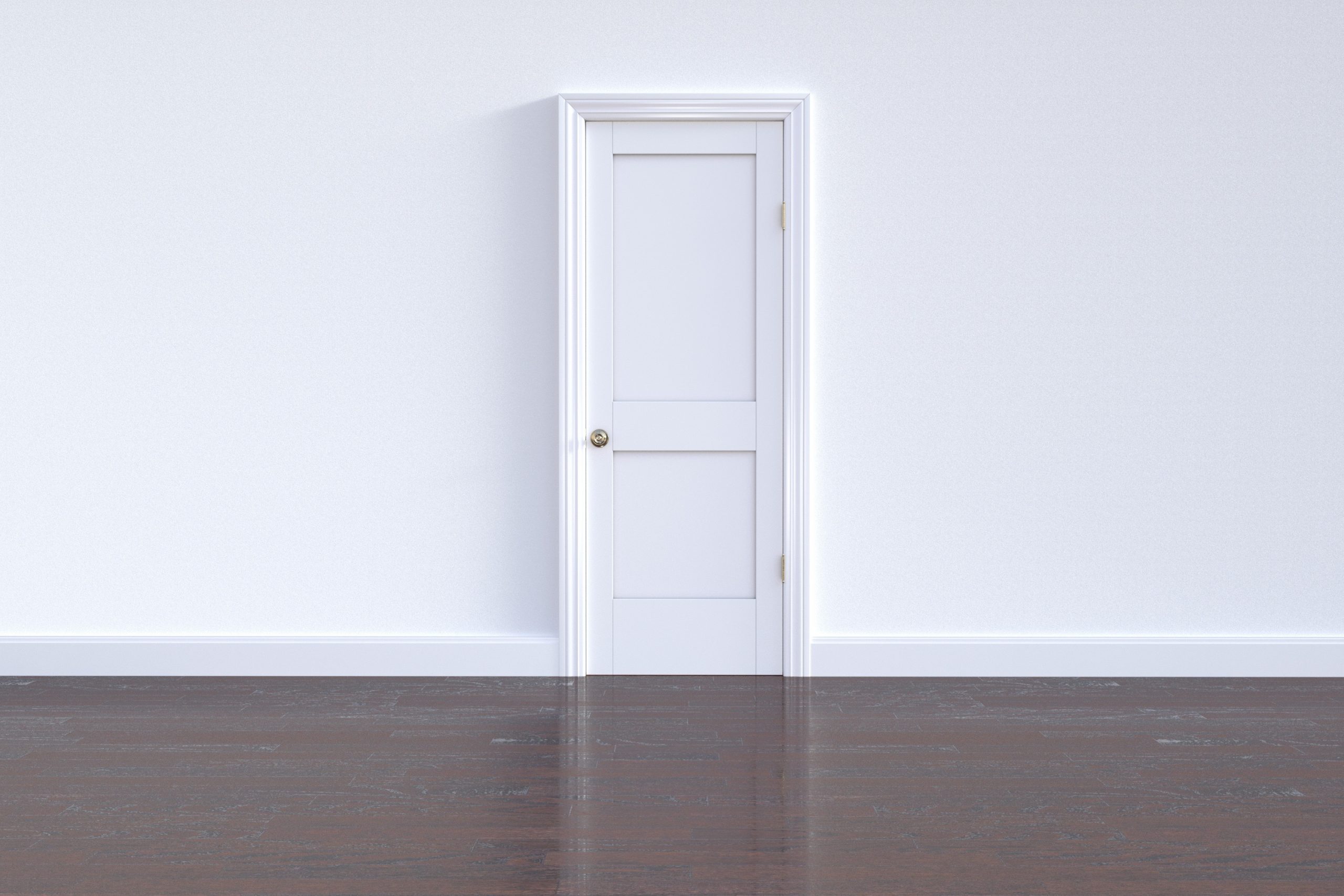 Last year, I wanted to create a safe room (in case my home gets broken into). After I was done putting all of my essentials in there, such as a phone, medication, etc., I looked at the door. I quickly realized that my hard work could easily go to waste and that an intruder could easily knock the door down, as it wasn’t reinforced. Thus, I decided to investigate how to reinforce an interior door so that I could make it just as secure as my exterior one.

While most exterior doors come with a decent amount of protection, that is not the case with interior ones. The best solution for securing interior doors lies in the striker plate and door jamb. Thus, the best way to reinforce your interior door is, you’ve guessed it, to install these parts. So keep reading if you want to know how to keep the inside of your house safe. 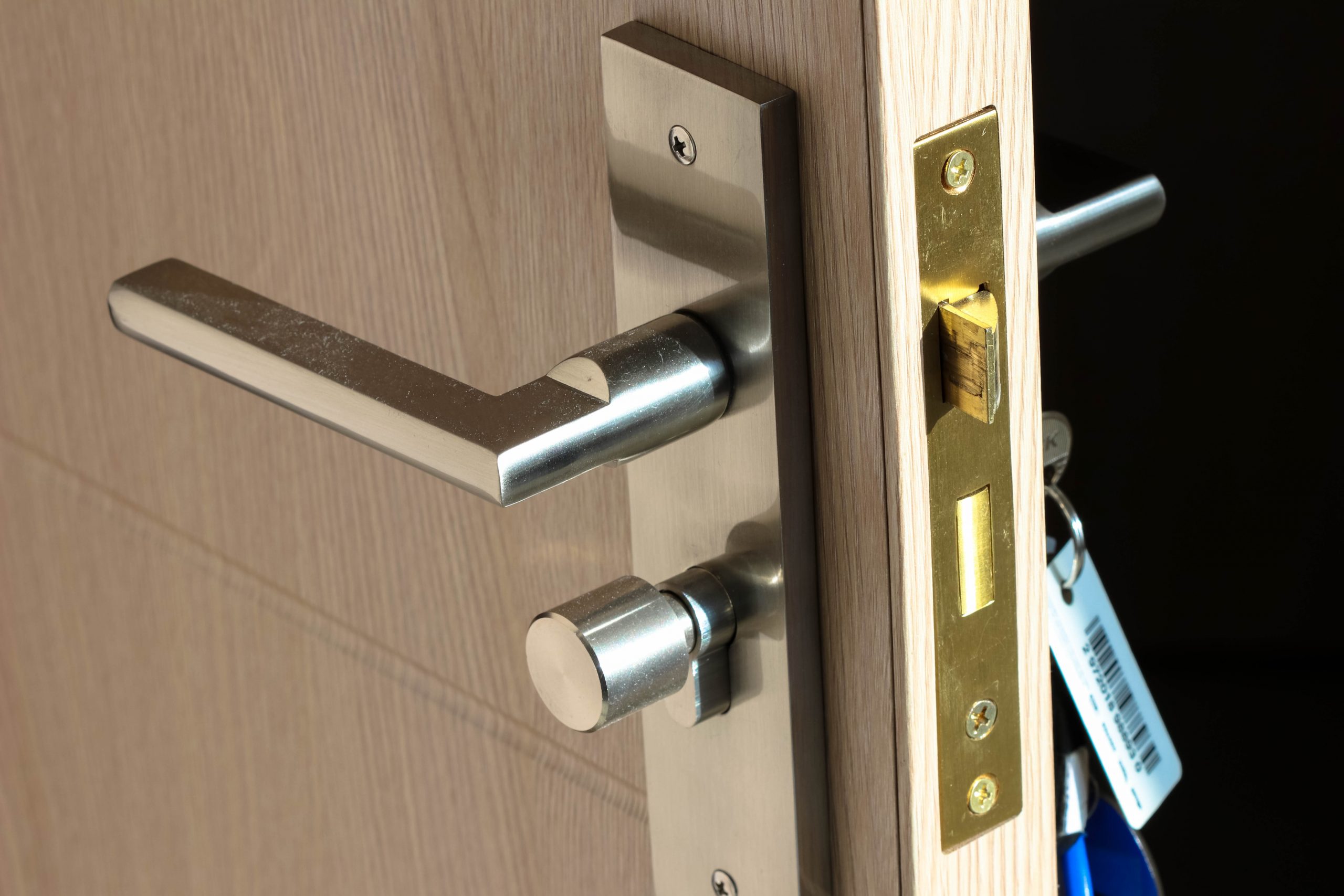 A striker plate is one of the best ways to reinforce your interior doors and passively ensure your security. Moreover, the plate is an essential component that will help prevent forced entry or any other actions meant to break your door down.

However, installing a striker plate can be somewhat tricky, and at first, I struggled to find the best way to do it. But I figured it out eventually, so I’m going to share my best technique with you.

Place your new striker plate in the spot of the previous one while making sure every hole lines up with the door. Once everything’s set in place, use a pencil to trace around the plate. 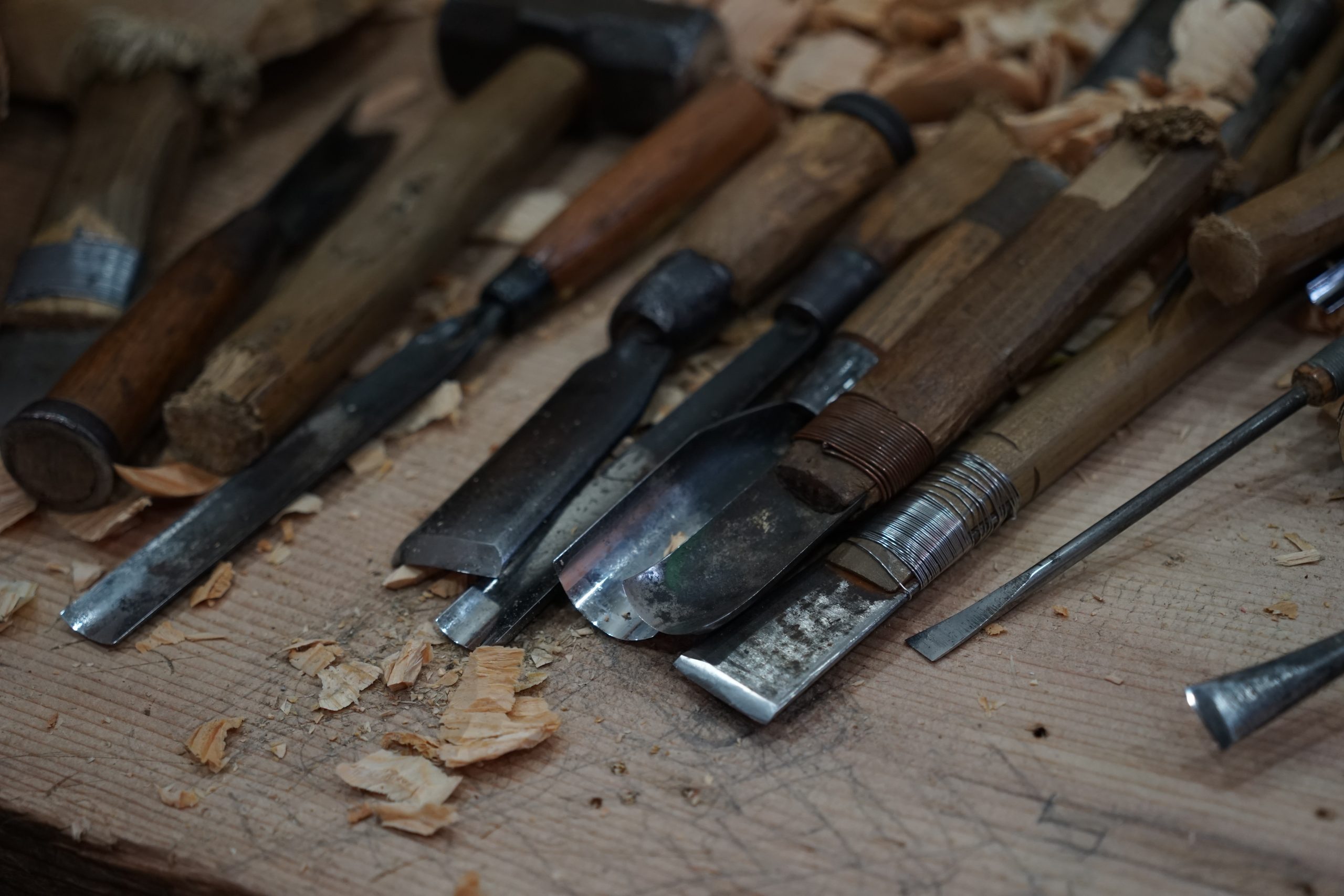 Remove the striker plate and start chiseling by placing the tip of the utility knife (beveled side up) against the door. With the knife, chisel out the lines you just traced to ⅛ of an inch in depth. Then, carefully rock the chisel back and forth to peel the wood off.

When you think you’re done, place your striker plate on the door to make sure it fits. If it doesn’t line up, keep chiseling until the striker plate and the door jamb fit like a glove.

Once you’ve installed the striker plate, use your drill and a 5/32-inch drill bit to pierce through the holes in it. You’ll need to drill at least two inches in depth to be able to put the screws in.

Put the 3-inch screws inside of the holes and screw them in tightly with your cordless gun to set the striker plate in place. The screws should pierce through your door jamb and into the stud framing.

Remove the original screws from each hinge and place 3-inch screws in their place. To complete installing your new security striker plate, drive the new screw into the door jamb. If you get stuck at any stage of the process, you can check out this YouTube video to help you out. 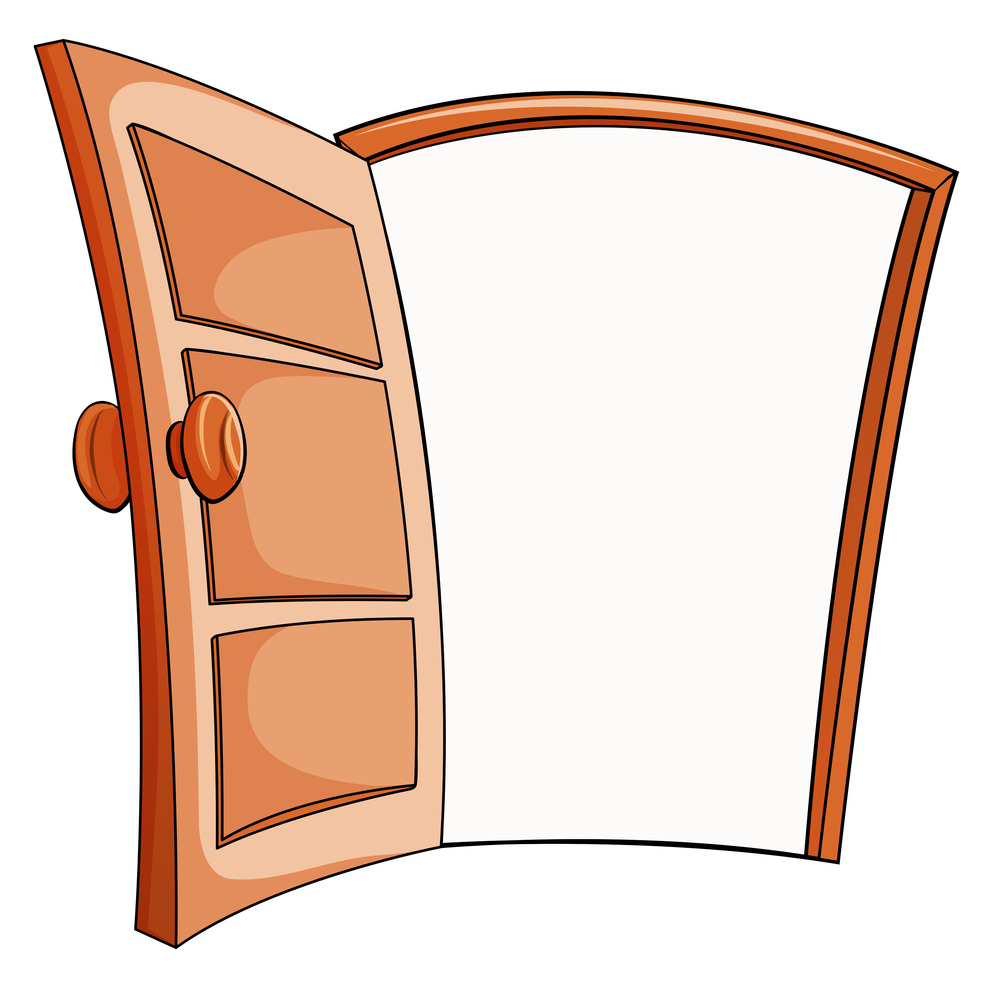 Standard hinges can’t provide a lot of protection from brute force, so an intruder could easily break your door down. Moreover, if someone tries to kick your door in, they won’t need to use a lot of force and will easily be able to access the room. To prevent that, you ought to install new door hinges or switch out your old ones.

Try to find hinges that are at least 1/10 of an inch thick and 3½ inches long. Also, use long screws that go into the frame for at least one inch. Short screws might not come with enough bracing and will break easily.

Start the process by opening your door and using something to hold it in place while you’re switching out the hinges. Also, most doors require two hinges, and you need to know precisely where to place them to avoid any inconveniences.

One hinge should be placed seven inches from the top, and the other one 11 inches away from the bottom of the door frame. Heavy doors typically require a third hinge, which you can place in-between the other two.

Some people will tell you to remove your door altogether, but I advise against it. There’s so much that could go wrong, and you don’t need to do this, especially if you’re planning on changing one hinge at a time.

Step 2 — Trace and Outline the Hinge

Place the hinge on the door jamb and use a pencil to trace around it. Make sure the hinge is located in the same spot on the jamb and the door itself. 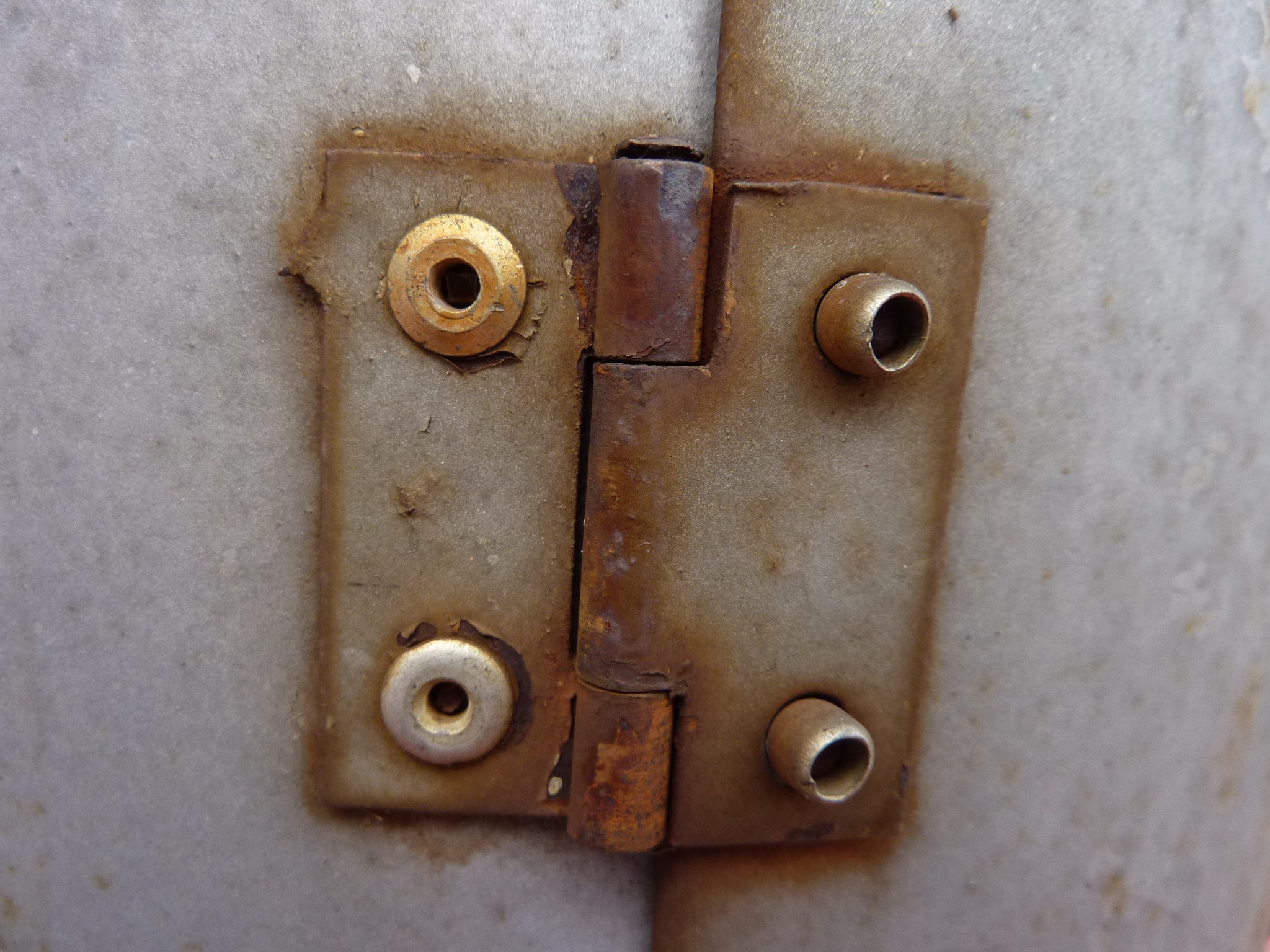 Additionally, you can use a utility knife to mark the outline and make it easier for you to cut the mortise.

“Cut the mortise” is a short way of saying “carve the shape of the hinge into the jamb.” By doing that, your hinges will be stronger and will look more aesthetically pleasing at the same time.

Angle your chisel and gently tap it into the jamb to slice out thin pieces of wood. Make sure the mortise isn’t too wide or too deep, as it will loosen the hinge over time. However, if you do cut into it too much, you can use a wood filler before moving on to the next step.

If you’re still not sure how to cut the mortise, you can take a look at this video by WikiHow that illustrates the process.

Place the hinge against the door and mark where the screws go into the jamb and the door. When you’re done, remove the hinge and start drilling the pilot holes with a drill. Next, use a screwdriver to set the screws in place. To better understand the process, you can check out this animation by WikiHow.

Step 5 — Set the Hinges in Place

Install each individual hinge by putting it back in place and securing it with a drill. Take your time, and try not to apply a lot of pressure to avoid damaging or breaking the hinge.

Finally, to finish the process, you’ll need to connect the door and the jamb. You can do so by holding the door in place or using blocks to support it at the bottom.

Make sure you’ve lined up the hinge plates on the door to match the jamb. Finally, slip the hinge pins into place, and voila! If you’re door still opens smoothly, you’ve installed your door hinges and reinforced your interior doors successfully.

If your door already has old hinges, you should install new ones for better home security. The process is somewhat similar to the previous one, but it involves less cutting and more measuring. 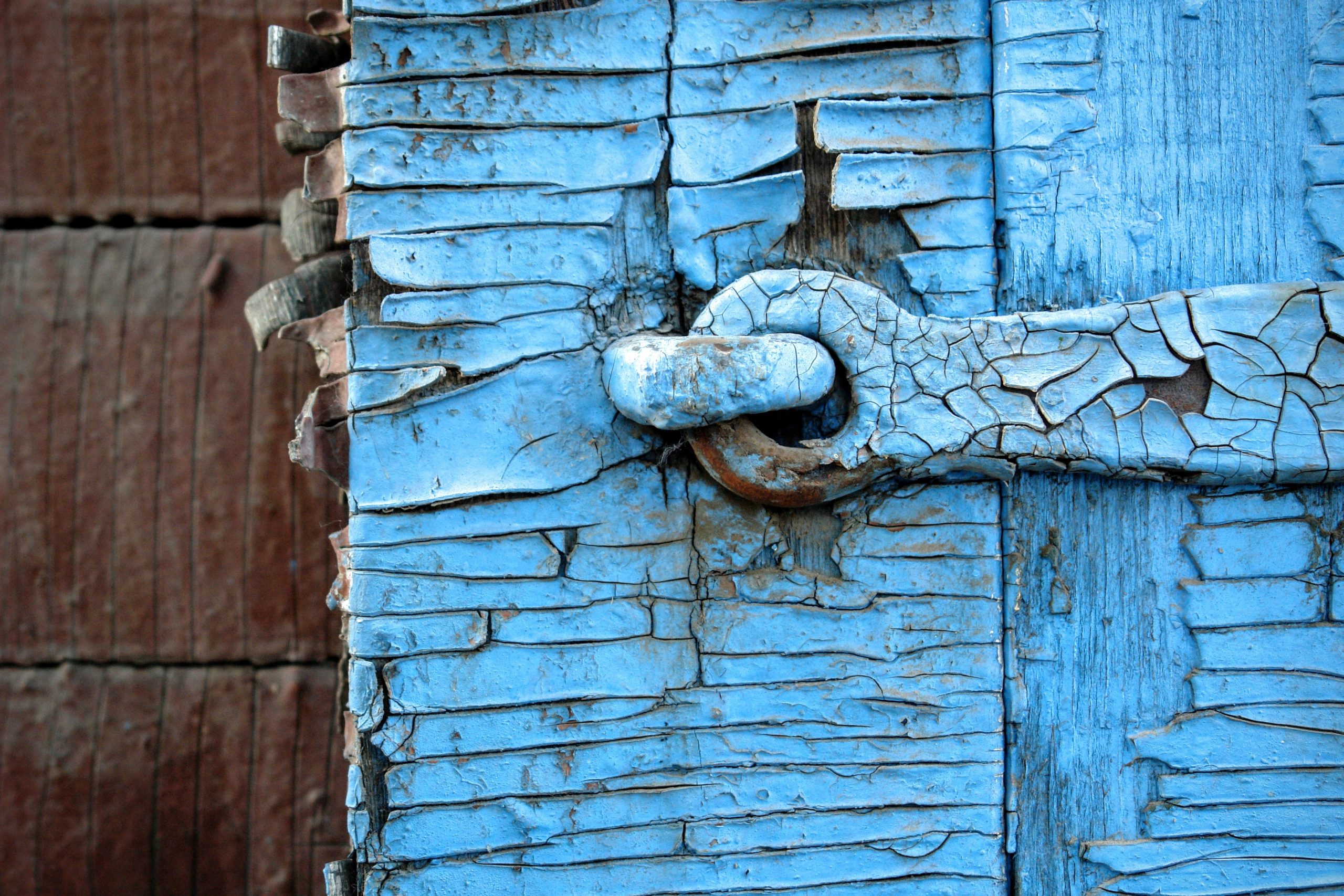 Step 1 — Make Sure the Hinges Fit

Before trying to install them, you’ll need to ensure your new hinges match the edge size and shape of the old ones. Also, use your measuring tape to determine if the original hinges are in the right spot on the door. As you now know, one should be seven inches from the top of the door frame and  11 inches away from the bottom of it.

Start by removing the screws that hold the hinge leaves in place by slowly pulling them off the jamb and the door. While you’re there, inspect the wood to ensure it’s in good condition. If there’s any damage or if it seems like the replacement hinges won’t fit the old mold, you can use wood putty to fill the space.

Place your replacement hinge and use a drill to lock it in place on the door and jamb. Finally, check to see if the door can still open and close smoothly. If you’re still having issues visualizing the process, you can take a look at these images by schalge.com to learn how to replace your old hinges.

The security of interior doors is often overlooked by many contractors, but as a homeowner, you shouldn’t disregard it. A sturdy interior door will provide a safe space for you in case of an emergency and allow you to sleep more soundly.

Hopefully, now you know how to keep your home and family members safe by reinforcing your interior doors. If you want to learn more about door security in general, you can check out this helpful link.

So what do you think about reinforcing interior doors, and have I convinced you to go pick up your tools and take the necessary precautions? Let me know what your thoughts are, and feel free to share this article with your friends if you’ve enjoyed it.