The Neighbor’s Dog Poops in My Yard — Are There Laws Against It? 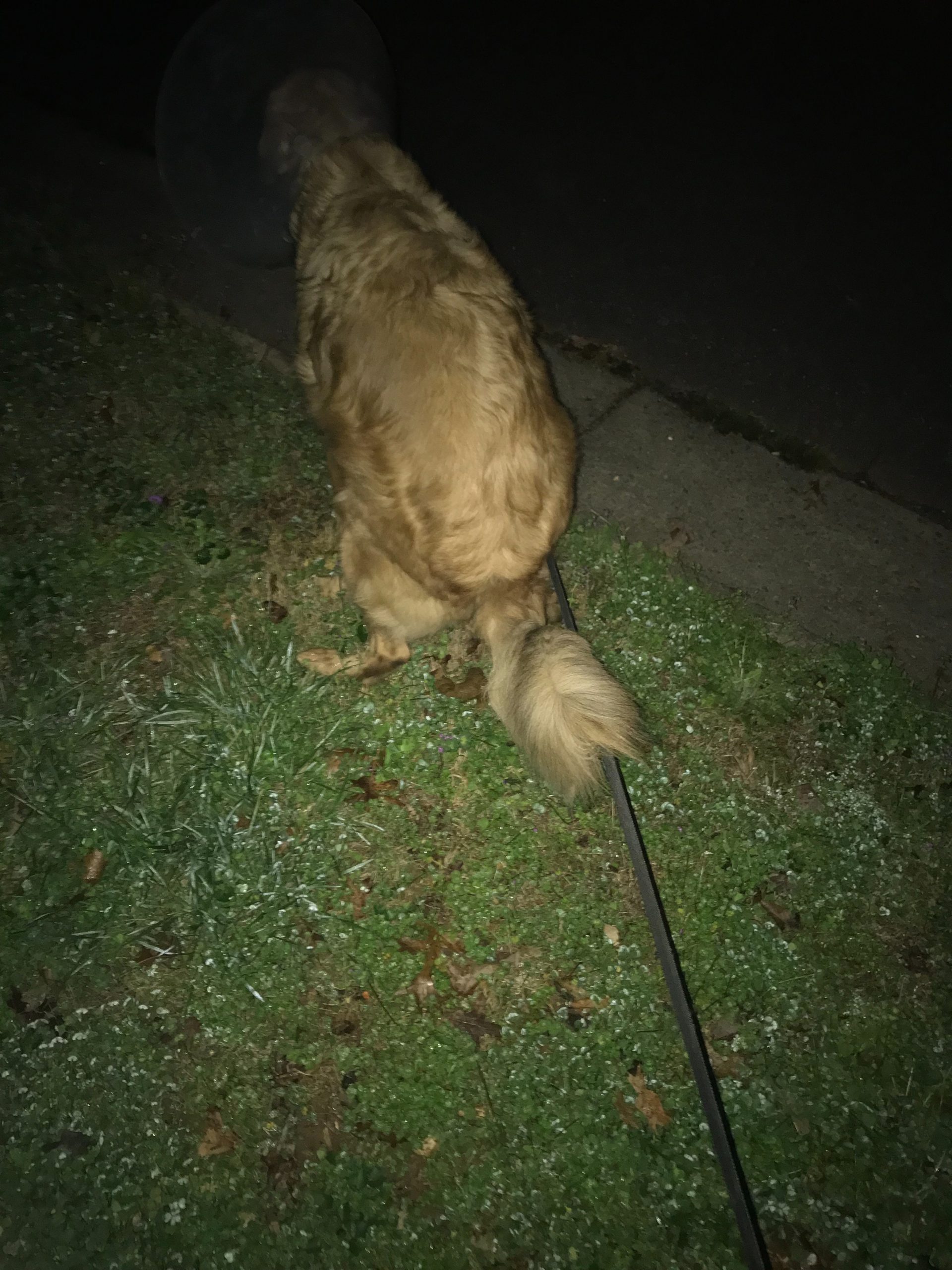 Two major statements are largely true: most people love dogs, but they hate dog poop. And really, who would love dog poop, to begin with? It doesn’t fertilize the soil; it’s full of germs; it makes the grass turn brown, and, most importantly, it stinks to high heaven! So, naturally, there are few things as annoying as knowing that the neighbor’s dog poops in my backyard.

It has happened to me before; not only did it ruin the lawn in my backyard, but it had strained my relations with the next-door neighbor. But can I pursue my neighbor legally about that, and how do I make the lawn-pooping stop? 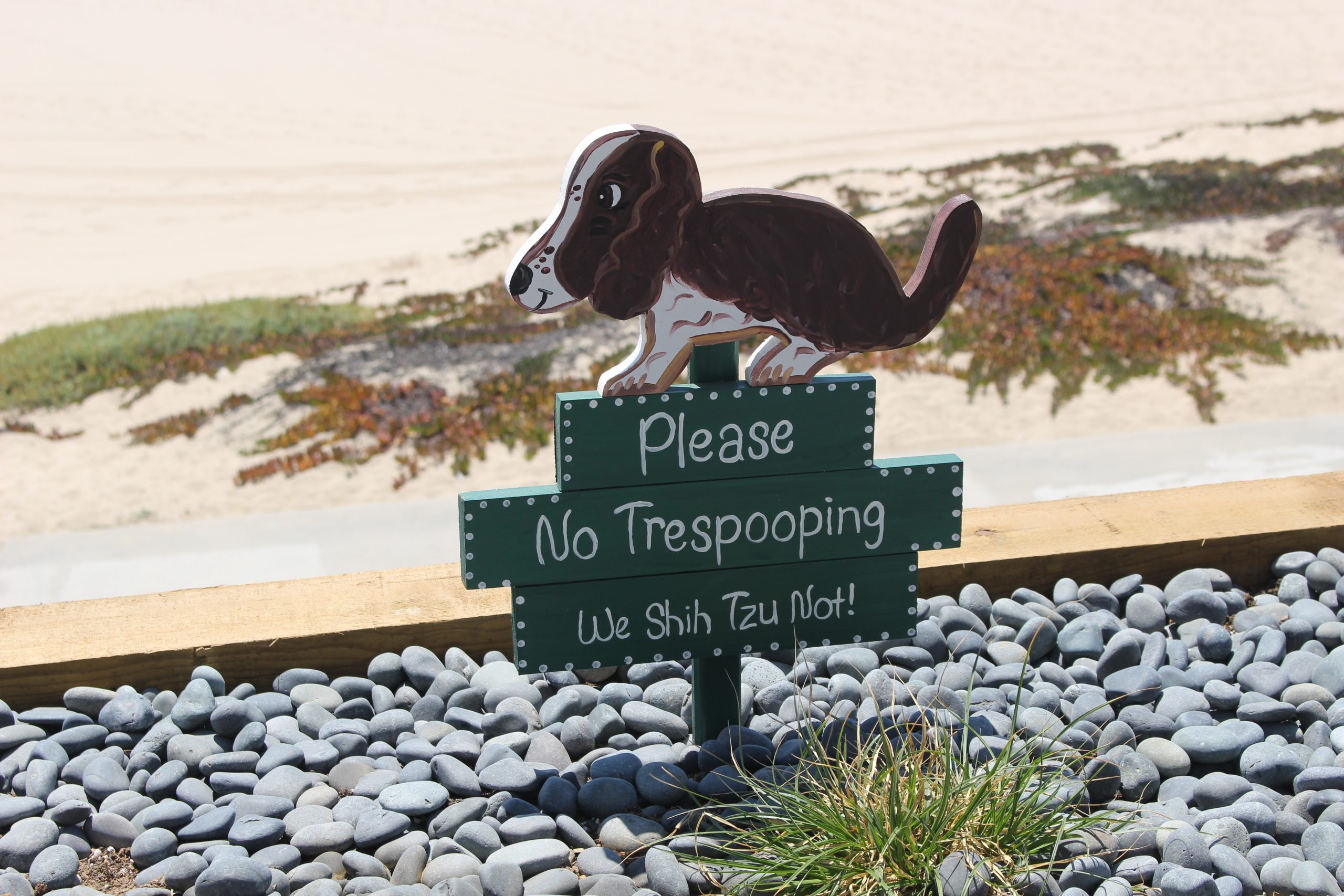 There’s a reason I put the word “types” in quotations. I’m not going to talk about the consistency of canine excrement here. Instead, I will cover two different ways in which poop can wind up in our yard in the first place.

The first of the two is what I’d like to call “independent pooping.” To put it simply, the neighbor’s dog walks into the yard and goes № 2. Our neighbor might not even know that it’s happening.

Of course, the second type is a bit more egregious. Unfortunately, there are lots of neighbors (or even everyday passers-by) who will make their dog relieve itself in our yard on purpose. And it’s not just limited to yards, either. They will do this on sidewalks, near benches, in crowded parks, school property, etc. It’s an incredibly nasty habit, and it’s not going to go away any time soon.

Dog Poop and Laws in the US

Usually, each city in the U.S. will have its own version of laws pertaining to public dog pooping. These are colloquially known as Pooper Scooper laws. And while there are states out there that don’t enforce these laws across their territory, quite a few have sweeping legislation on the matter.

Most of these regulations stipulate that a person who doesn’t pick up their dog’s droppings has to pay a fine. Depending on where we live in the U.S., that fee can range anywhere between $150 and $2,000.

Why Should Dog Poop Be Scooped?

The obvious reason for scooping dog poop is aesthetics. To sum up, my street will look better without feces on it. In fact, entire cities have become infamous for different types of droppings you can find there. Paris was known as the “city of dog droppings” for many decades at the turn of the century, and lots of people are either leaving or avoiding San Francisco because of the number of human feces found on its streets.

But aesthetics is not where the reasons behind scooping end. Dog droppings carry lots of diseases that can either harm us directly (if we inhale the air around the poop) or indirectly (poop can harm the environment around itself, like grass or bodies of water).

Finally, not scooping can actually make our dogs outcasts, in a sense. For example, I used to live in a crowded street that was close to the town center, which was almost exclusively populated by dog owners (myself included). And because most people didn’t scoop their dogs’ droppings, nearly all bars and coffee shops put outright bans on pets. It’s always nice to have your little buddy with you when you’re going out, but it needs to behave. 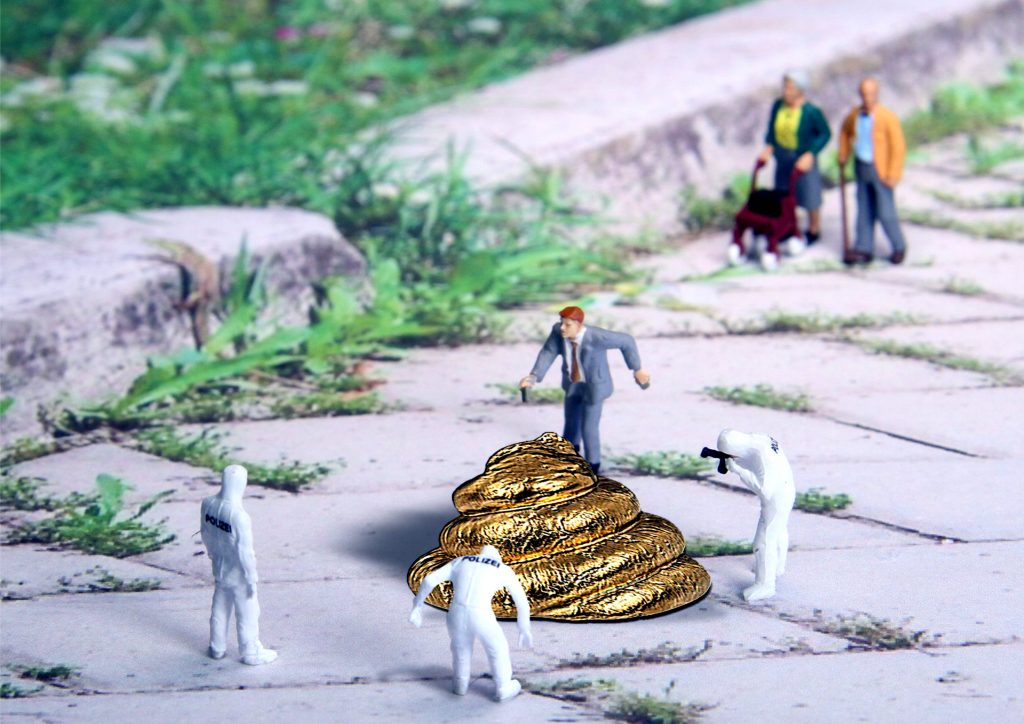 In my experience, there are several different ways to approach this problem. However, not all of them are beneficial, useful, or even legal. That’s why I’d like to go over the “don’ts” first.

What NOT to Do

1. Sending the Poop to Your Neighbor

I’m using the verb “send” as a blanket term here, but let me be a bit clearer on what I mean. One of the worst things a property owner can do is try and get the dog poop “back” to the neighbor who owns the dog. For example, I’ve seen people flinging it onto their neighbor’s windows, doors, front lawns, and even onto 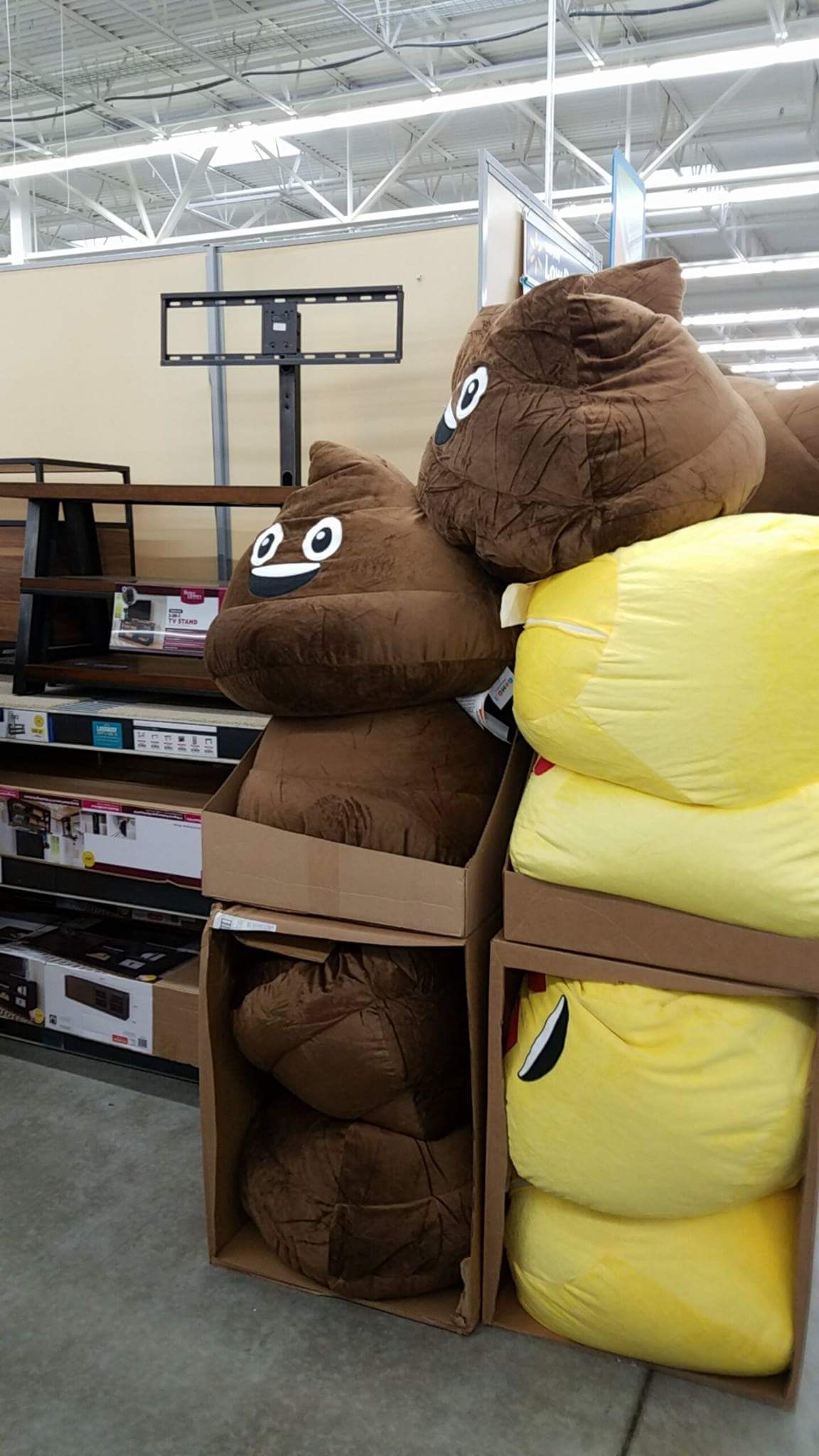 lawn furniture. A few folks I know actually mailed the poop to their neighbor (and bizarrely, that happens more often than you’d think!). Others use the common method of putting the poop in a doggy bag and setting it on fire at the neighbor’s front porch.

Literally, all of these methods are immoral, illegal, and downright disgusting. Furthermore, they are more likely to get the neighbor to encourage their dog to poop in our yard more than anything else.

Finding poop on the lawn is not a pretty sight, so I understand how emotional people can get about it. It’s an awful situation, so naturally, we can (and often do) lose temper over it. However, it’s never a good idea to vent our rage at the neighbor, and here are a few reasons.

First off, if the dog is doing it without the owner’s knowledge, there’s a chance they might not be responsible for it. If we yell at an innocent neighbor, we’re going to make things worse. Next, if our neighbor does indeed do it on purpose, they might have a reason for it, which means we should talk to them personally. I’ll outline how to do it a little later in this article, but I can safely say that yelling at the neighbor won’t help anything.

Then, there’s the potential legal trouble we could get into by confronting the neighbor in such a heated way. For example, we can insult them verbally, which might be grounds for a lawsuit in certain areas. Alternatively, a physical confrontation can lead to several other lawsuits that can damage our lives. To put it bluntly, do not confront the neighbor angry and try not to cause a public scene about the situation.

Now, we’re going into the proper illegal territory; damaging the neighbor’s belongings over dog poop is not a good idea. They can sue us and cause more problems than necessary. In addition, it won’t really solve the problem of their dog pooping in our yard.

I cannot stress this enough: Do. Not. Harm. The. Dog. Yes, technically, the dog is the one who did the pooping, but it’s just an animal following its instincts. Quite literally speaking, 100% of the time, it’s the dog’s owner who’s responsible. They can either be directly guilty of making their dog do this or they could be indirectly to blame for not training the pupper to go properly. Therefore, if we see the dog pooping in our yard, we mustn’t kick it, throw anything at it, or shoot it. And yes, some people actually shoot dogs that poop in their yards. Everything I listed counts as animal abuse or animal cruelty, and it’s all highly illegal and unethical.

My first line of defense against pooping dogs is to set up signs everywhere for the owners to see. Normally, these would state that my lawn is not a public toilet for dogs and that they should take their business elsewhere. I also prepare doggy bags in case a dog owner needs one while walking their pet.

But that goes for dogs who walk with their owners. When it comes to the canines themselves, I use different methods to keep them off my lawn. You can use some of the 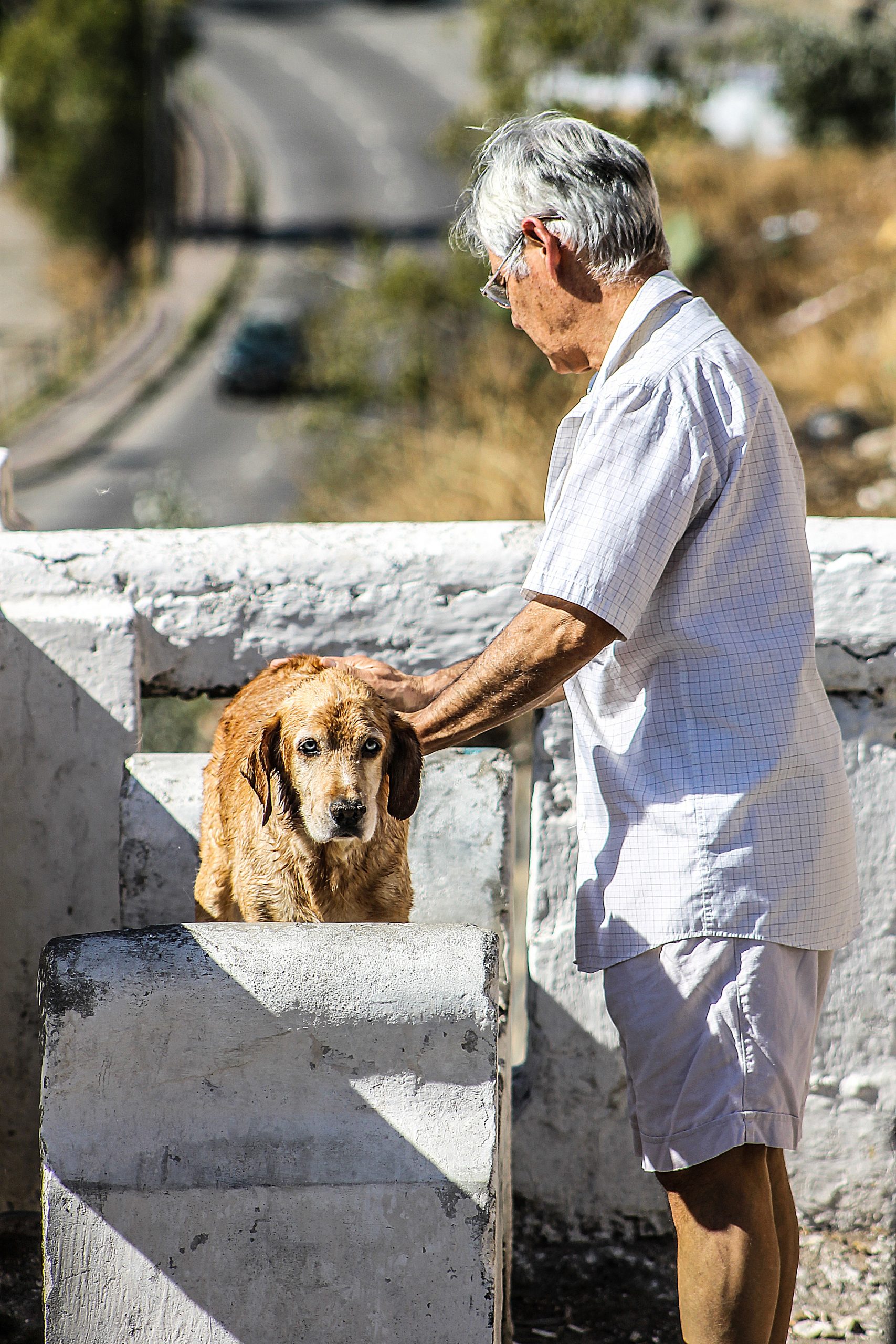 Step 2: Talk to the Neighbor

This particular step is crucial to solving the problem; if a neighbor knows you’re having a problem, they might be willing to work with you toward a solution. For example, if the dog is sneaking out by itself to our yard, we can work with the neighbor to keep their pet on a leash or in an enclosure while also fixing up the fences. Moreover, the owner can train it to poop at designated areas in their own yard.

Of course, if the neighbor is doing it on purpose, it’s a bit different. I used to have a neighbor like that, so instead of going ballistic on him, I simply approached him and pleaded my case. I was cordial, diplomatic, soft-spoken, but at the same time, firm, resolute, crystal-clear on what issues I had, and even a little concerned, showing just how much this issue bothered me. Luckily, the neighbor was reasonable, and I never had any other dog poop issues. But some neighbors do what they do because they hold grudges. I’d advise trying to settle whatever that grudge may be, but if it doesn’t work, there are still ways to stop the problem.

Sometimes, neighbors form ordinance groups and Neighborhood Watches in order to get the problematic neighbor to stop their behavior. To anyone who wants to undertake this step, I also advise looking into how to do it legally.

A dog can act independently from time to time, so it might be a good idea to enhance the fences, gates, and the shrubbery. We need to fill in every hole and obstruct the dog from trying to get into our yard. Once we succeed, the pet won’t be inclined to try and get in, so it will have to poop on the neighbor’s lawn or anywhere else.

Before we do anything, we need substantial evidence that the neighbor’s dog is doing the deed. Fortunately, in the USA, it’s legal to own security systems that capture wide areas of your neighbor’s home and garden, as long as they don’t disturb the privacy of the house’s interior. A high-quality wireless battery powered security camera with night vision and HD recording will capture the pup relieving itself at any point during the day. Not only will that help you plead your case with the neighbor, but it will also be excellent evidence in case you have to take them to court over it.

Should the neighbor be deliberately trying to get their dog to poop in our yard, we need to consult a lawyer. After all, our lawn is private property, so there is a good basis for a lawsuit. However, it’s important to get to know all of the local laws regarding pooper scoopers, however.

Some Key Advice at the End

There are many ways to go about dogs pooping in our yard. However, everything I mentioned in this article can and should be applied to our own pets. If my dog starts to poop in other people’s yards or houses, I’m to blame since I didn’t potty train it well. With that in mind, there are great articles out there that deal with potty training and dogs pooping in other people’s homes or gardens. I suggest researching this topic well — better safe than sorry and all that.

Personally, I prefer to maintain good relations with my neighbors, which is why it’s important to me that our pets behave. The last thing I need is my own dog pooping in someone’s backyard, so I expect the same from my neighbor. But what do you think? Did you enjoy this deep dive into the topic of backyard dog pooping? Please share your own experiences in the comments below.