What Happens If I Don’t Register My Drone? A (2019 Information) 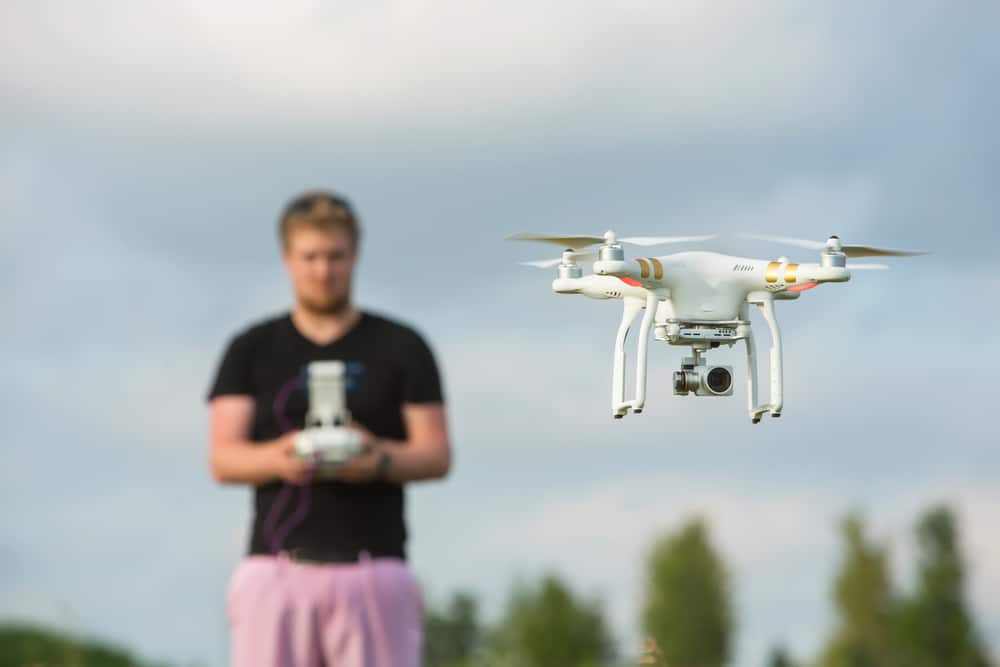 Starting from February 19, 2016, all drone owners are required by law to register their drones with the FAA. This legal alteration sparked large controversy with both the drone and model airplane communities.

Moreover, there is still a long-drawn-out legal battle between many parties. So, what happens if I don’t register my drone? Well, stay with us as we get to the bottom of that question in this article.

But first, let’s talk about some history of this law, how it came to be, and why it sparked such a large controversy.

History Behind This Law, and the Legal Mess That Ensued 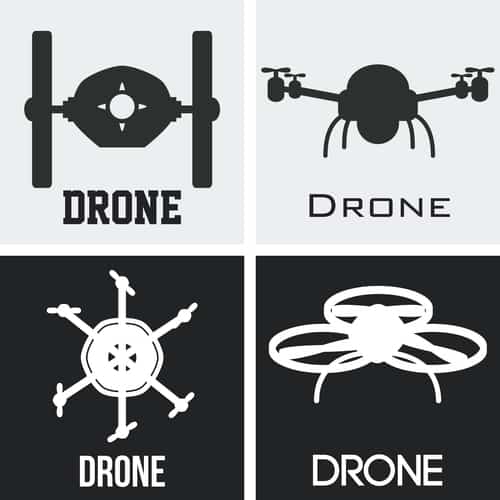 The first need for the FAA to pass this law was a response to the increasing number of drone sales in all states. The FAA, or Federal Aviation Association, wanted to create a system of accountability for all drone owners.

They reasoned that they couldn’t just allow all drone owners to flood the skies. Of course, there were concerns about privacy violations, injuries, accidents, etc.

The law requires all drones between 0.55 to 55 pounds to be registered with the FAA. As we can imagine, many people took a dislike to this law. In May 2017 however, a court ruling sided with drone owners.

The court found a contradiction between the registration law and a previous FAA Modernization and Reform Act of 2012. The reform act stated that the FAA did not have the authority to create rules and regulations for model aircraft.

In this case, the court classified drones under the same category. Furthermore, the FAA also had to reimburse all drone owners who previously registered their aircraft.

Sadly, the victory was short-lived. With the signing of the National Defense Authorization

of 2017, the registration law was reinstated.

The Legal Mess This Created 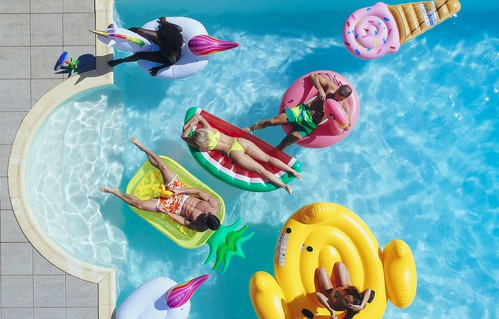 Related Topic: How to Calibrate a Mini Drone

As we mentioned before, this law sparked a large controversy and raised important questions about privacy concerns. But more importantly, the FAA bypassed the “notice-and-comment” process that is supposed to take place before any new regulation can take effect.

As a result, the hobbyist community didn’t only call their regulations unnecessary; they called them illegal.

The FAA, however, argued that the need for transparency was bypassed by the significant risk to public safety. The number of drones increased by a huge margin. Still, some organizations, like the nonprofit TechFreedom, believe that the FAA overstepped the authority given to them by Congress, and filed lawsuits.

Moreover, a separate lawsuit, coming from a drone hobbyist in Maryland, recommended a change that would exempt all drones under 4,4 pounds, which is a much more reasonable weight.

Some hobbyist organizations for RC aircraft, like the Academy of Model Aeronautics, even advised their members not to register their devices as a sign of protest.

The FAA reported the number of registered devices to be around 350,000, but that is still a long way away from the estimated half a million drones that would be bought in only a year.

And we’re not even counting the millions of model aircraft in use by hobbyists nation-wide.

How Can I Register My Drone?

Thankfully, if we decide to register, the process is quite simple and isn’t even expensive. All we need to do is go to the FAADroneZone website and click on the “Register” button.

To register, we must be at least 13 years of age and have a valid email address. It’s that simple, yes. Once we fill out the necessary information, we have to provide our billing address and pay the $5 fee.

After we register, the FAA will provide us with a registration number that we have to put on our aircraft.

However, we must note that we don’t have to register each of our devices separately.

We are actually registering to the FAA as a drone owner and not the drone per se. As such, if we register, we can use the same registration number on all of our drones. Finally, once we register, our license lasts for 3 years, so we won’t have to worry about renewing it that often.

So, What Happens If I Don’t Register My Drone? 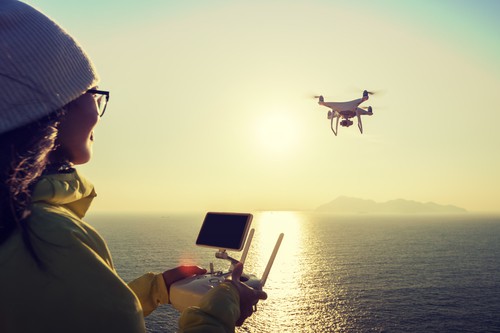 Related Topic: How Much Does It Cost to Build a Racing Drone

In all likelihood, probably nothing. That is if we’re careful while flying our drones. The safety concerns by the FAA, although justified, have been overly exaggerated.

And if we’re a recreational drone pilot, just messing around in our backyard, we won’t have to worry about the FAA knocking on our door and suing us.

How will the FAA even know we didn’t register our device? However, since the FAA is outlandishly serious about their laws, we risk major fines if the FAA catches us with an unregistered device, for example, in an accident.

As we can see, the FAA is not joking around. Drone and model airplane pilots are, of course, outraged by these penalties. We can certainly agree that some laws need changing or adjusting.

Furthermore, such draconian measures might even cause a lot of protesting hobbyists to intentionally not register their devices, as we already saw.

Should I Register My Drone?

Well, by our standards, a $5 free is a small price to pay if we think about the possible $250,000 fine or prison time. So, yes, registering as a drone pilot is a good idea.

We don’t really see a real reason not to do it, despite all the negative outcry of the general public. Not to mention how the registration process is easy and fast.

Furthermore, the registration process is the same for both commercial and hobbyist drone pilots. So, there isn’t a real reason to risk a $250,000 free that could possibly sink our whole business if we fly drones for commercial applications.

But, What’s The Deal With Such Harsh Punishments?

Well, the FAA claims that they want a system of accountability for pilots. The registration allows them to easily track any drone owners that may have caused accidents or damage to property.

The registration law has public safety as its number one interest, and despite the controversy, many drone owners can’t help but agree with their opinion.

Of course, there will always be people who “take up arms” against any new law, stating that the government is infringing on their freedom and whatnot.

The severity of the financial fines serves the purpose of making all drone owners think twice before flying their devices. Although drones are relatively safe in the right hands, of course, they can still do major harm.

We shouldn’t really have to mention they have propellers that rotate at incredibly high speeds, which can cause injuries. And with the latest technological advancements, cameras are becoming better and better. That of course, raises huge privacy concerns. 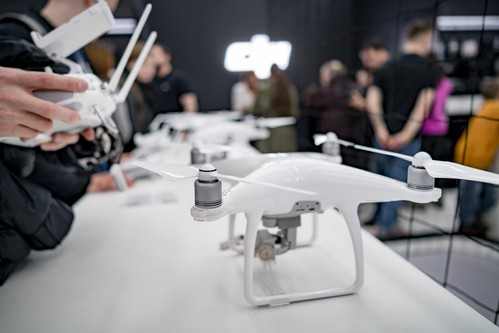 No matter the ongoing legal battles, the rules are clear. All drones in the weight range of 0,55 to 55 pounds must be registered with the FAA.

But, what happens if I don’t register my drone? Well, probably nothing, but possibly a lot of things. Since the FAA is pretty serious, we face $27,500 in civil and $250,000 in criminal penalties. We can even face up to 3 years in jail.

Of course, the severe penalties will only affect people who show clear malicious intent. And if we’re just flying drones in our backyard, we won’t have to worry about the FAA.

With the registration costs of only $5, we don’t see a reason not to register our drones. In the end, the law serves the public interest and ensures our skies are safe.