10 Facts about a Bullet Security Camera This 2018 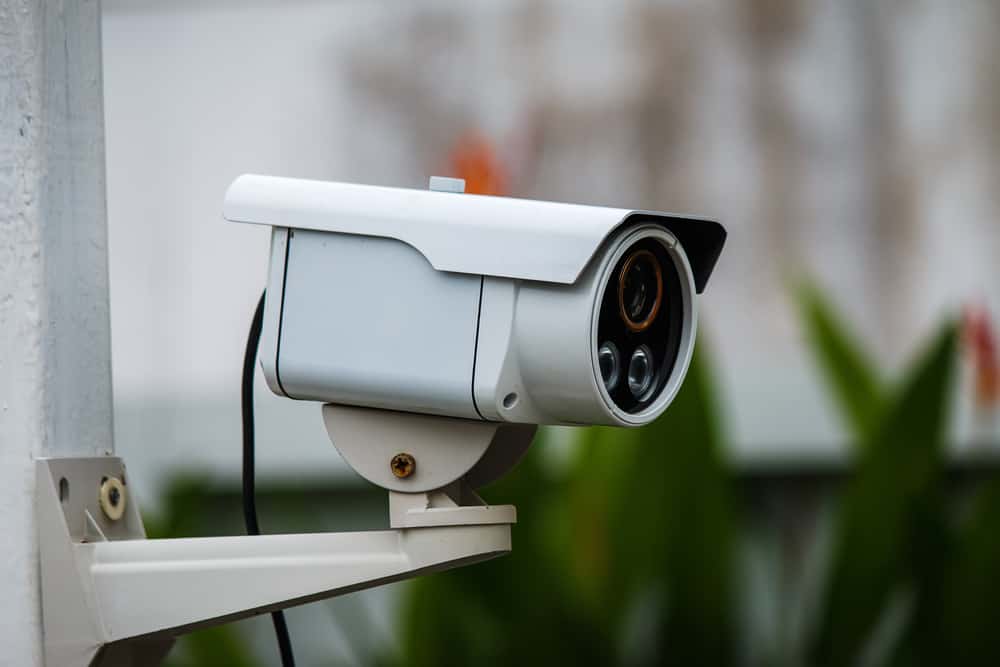 Ever wondered what type of security camera is right for you? I have, for one. They do the job of a human security guard much more efficiently and in much more advanced a manner than we can often imagine. It is used for surveillance in both public and private areas. The modern security cameras use the CCTV (Closed-circuit television) technology to transmit the signals to a specific set of monitors.

There are many different kinds of security cameras made available to the public nowadays which records footage in the high-quality video. This means that you don’t have to rely on fuzzy video footages anymore to figure out who entered your house, when, why, and to do what.

A new type of camera to have been invented is the bullet camera system. It gets its name from its shape and size. It is used in surveillance systems and is of the size 2 to 2.5 inches long. They have a fixed focal length and are perfect for small, enclosed spaces. Due to their shape, they are often called lipstick cameras.

The 10 Things You Would Love About a Bullet Security Camera

Let’s find out a little more about this particular security camera system and how it will benefit your overall surveillance in the house.

Like mentioned before, thanks to technology and improvement in surveillance systems, gone are the days of fuzzy security footage. With bullet cameras, you will get absolutely crystal clear images with every detail visible.

Even low-lit footages, such as those taken during the night, are visible due to its embedded LED lights. Bullet cameras are also available in infrared variations which promise unmatched video quality.

2. They Come in Varieties

Bullet cameras are being preferred over dome cameras, and we aren’t surprised why. These cameras are usually mounted facing a particular direction. They come in different varieties which means there are more options in functionality and hence, efficiency too.

If you think that is all that comes with a bullet camera, you couldn’t be more mistaken. Nowadays, bullet cameras are loaded with a bunch of cool features which takes their efficiency a notch higher in terms surveillance.

Some bullet cameras come with a built-in motion sensor, the thermal sensor, and even optical zoom. A few exceptions aside, it is bullet cameras mostly which come with enabled wifi rather than dome cameras.

If that wasn’t already enough, here is something that will seriously make you consider buying a bullet camera. The wireless IP bullet cameras are extraordinarily efficient and even preferred by people worldwide due to its hassle-free connectivity.

This is especially useful for hotels, departmental stores, big malls, and more. The wifi enabled bullet cameras also come with a micro-SD card for the storage of motion-triggered footages.

Ever heard of the terms 2T2R and MIMO? Well, the former means two transmit, and two receive paths and the latter stands for multiple-input and multiple-output. These are two kinds of antennas that come with dual-band wireless bullet cameras.

The advantage of having two antennas instead of one is that it minimizes the possibility of errors by 50%, cover disruption-free footages, don’t experience wifi cut-down and ensure high speed. Two is always better than one.

Have you ever noticed where dome cameras are placed? Well, they have an only place they can be mounted on, and that’s the wall. While we have to admit that it does give them greater coverage, it is highly limiting too.

The bullet cameras, on the other hand, can be mounted nearly anywhere and everywhere. It provides a bottleneck with a view of a relatively smaller swatch of the area. Be it on the wall, somewhere near the driveway, front door, garage, on the corner, under the eave, you choose the place you want footage from, and you can be assured that the bullet camera will quickly 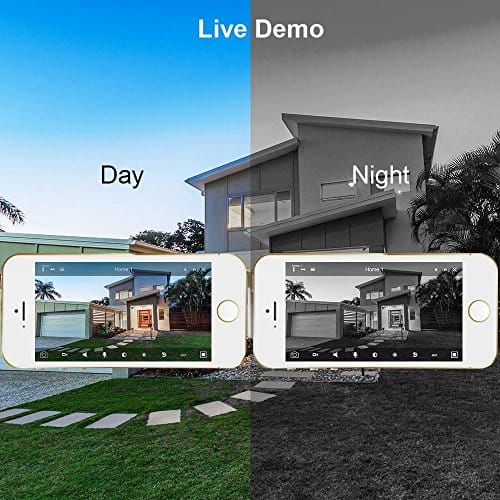 and effortlessly fit in.

Dome cameras are hard to mount. Once screwed in, it is impossible to adjust them in case you wish to change the angle of its coverage.

The only way is to take it out and mount it again from scratch. Who has that kind of time anyway, right? That’s why bullet cameras are preferred over dome cameras.

They come with a flexible neck which can easily adjust its angles. Its unique and smart design gives it the robotic neck which can change angles which means that even if there was an error in pointing it to the correct corner while mounting it, you don’t have to re-drill it.

In the 6th point, we mentioned that the bullet camera is apt for mounting on the driveway, garage, back door, front door, garden, etc. What is common to all these places? It is that they are all outdoors, which means that they are susceptible to coming in contact with water.

But, that isn’t even an issue if you are choosing a bullet camera for it is entirely waterproof. If a camera is renowned for being an outstanding outdoor security camera, it ought to be able to fight a few water droplets, right?

This is an often overlooked feature when customers choose an outdoor surveillance camera. Dome cameras, because of their extensive coverage may impinge on your neighbor’s privacy. It is best to avoid feuds with your neighbor on this ground and opt for a bullet security camera which covers narrowed but crucial areas. In case of any infringement of privacy, you can always change their angles anyway.

Dome cameras often run the risk of captured blurred out or over-exposed footages which give out no details if pointed at a light-reflecting surface. This isn’t the case with bullet cameras since they point downward when placed on a vantage point. If a reflecting object comes in its coverage area, you can always change the angle.

Ready to give your home surveillance system update with bullet security cameras?