What Is Anti Dither – Understanding The Concept Of Digital Video Recorders

When using these devices, you may come across the term “anti-dither”. This terminology is quite technical that you may find yourself scratching your head.

Ignoring the expression is not advisable because considering that it exists, it means that it also relates to something significant.

Googling this technical word would yield you with numerous definitions. But what exactly is “anti-dither“? And what is its importance?

Before you learn about this concept in security systems, you first need to understand the fundamentals of digital video recorders or DVRs.[wpsm_titlebox title=”” style=”3″] 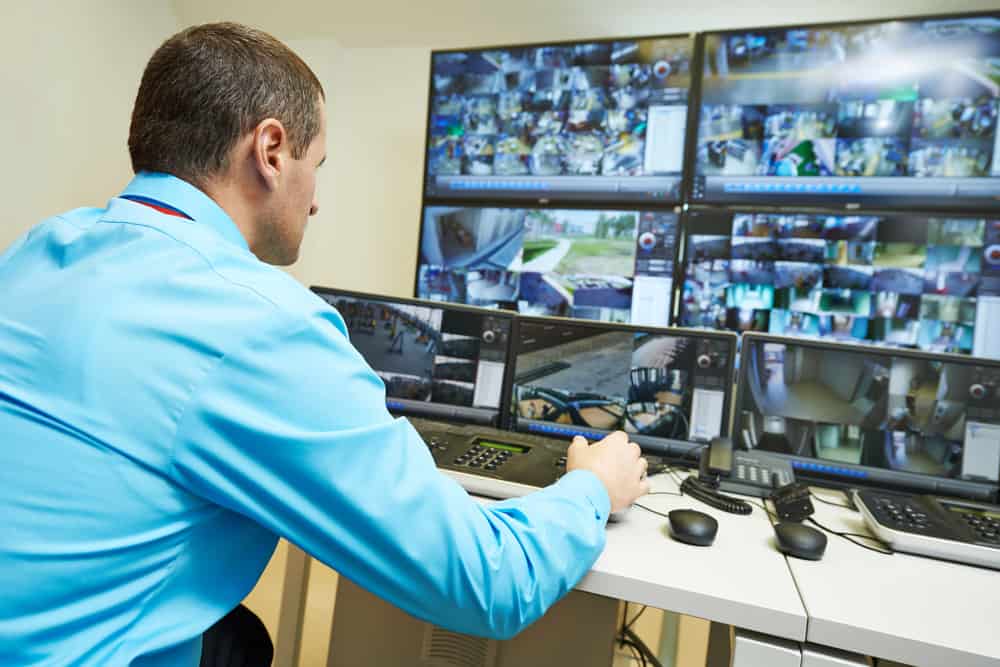 The anti-dither time feature can be found in the configuration settings of digital video recorders (DVRs).

When you look at closed-circuit television cameras, you will find this adjunct device which is a kind of hardware that saves security video footage to a hard drive.

As most surveillance cameras nowadays capture analog images, the DVR converts these pictures into digital format and then compresses them.

Multiple security cameras can be connected to a single DVR. In general, DVRs come with 4, 8, 16, or 32 camera inputs.

Through the DVR, you will be able to see all of these images separately or straightaway. All of the video footage is saved to the hard drive.

Installing DVRs is not rocket science. Hence, if you are planning to create your own home security system, you would just need to plug the security cameras into the back of the DVR unit.

If you are working with a computer-based DVR, you have to plug in the power, keyboard, monitor, and the computer mouse, similar to working with a typical computer.

You simply have to add the security cameras, the monitor, and the cables. Most DVRs consist of a 120-gigabyte hard drive.

The software is also included for setup and for remote and local viewing. Moreover, instructional manual and power cords are also in the package.

Using DVRs have limitations which is the amount of space that you have in the hard drive. Moreover, you will also be affected by the quality at which your DVR records the video footage.

The higher the numbers of frames per second, the larger are the video files. The DVR would usually terminate its recording functions when it runs out of space. 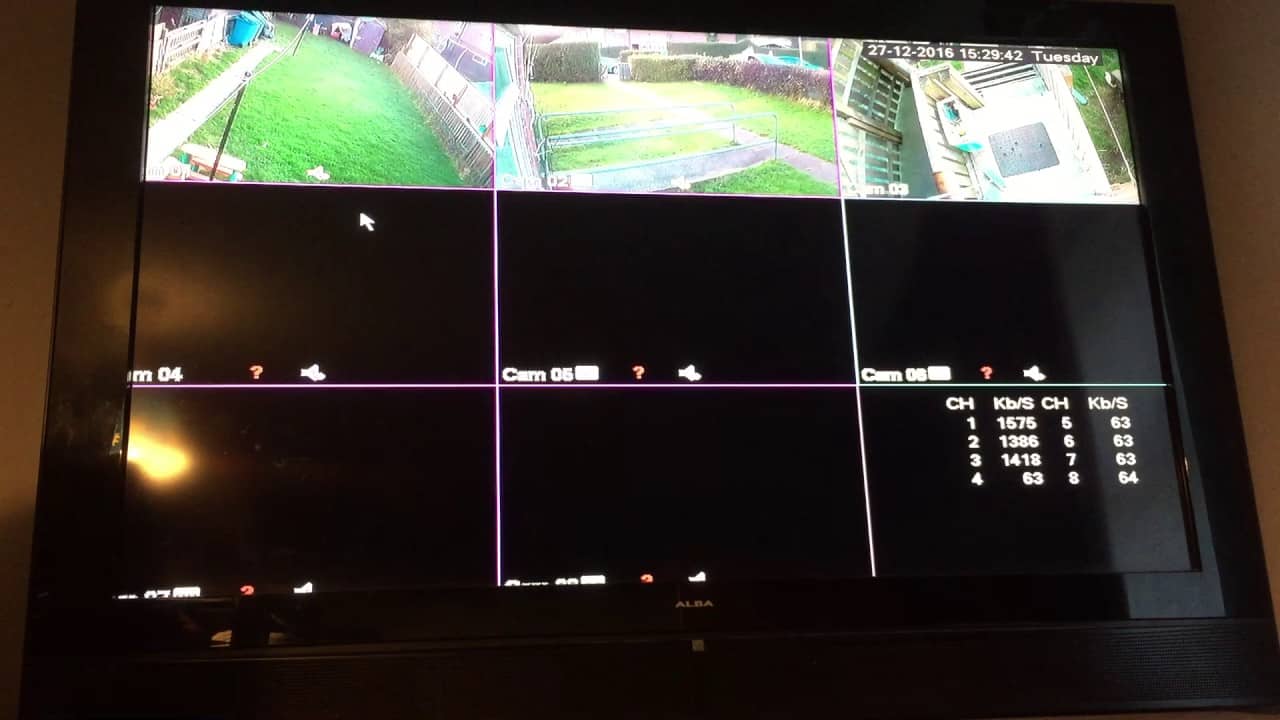 There are DVRs that are programmed to overwrite old videos once it already reaches its capacity. Video footage can be accessed from the hard drive of a computer.

Since they are digital files, it is more effortless to scan through the videos than with the old-fashioned CCTV footage in which you have to rewind or fast-forward to the time you desire.

Most battery operated outdoor camera stamp video footage with the date and the time they were recorded. Browsing through these videos using a computer is more efficient.

Nevertheless, in today’s digitally oriented world, the DVR has already been rendered obsolete by its successor, the Network Video Recorder (NVR).

NVRs are used with Internet Protocol (IP) cameras. The primary advantage of the NVR is that you can check the video feeds or live-stream footage from the security camera using your mobile devices.

It can be on your tablet, smartphone, or computer and no matter where you are in the world. You simply need to have an Internet connection.

On the other hand, with the DVRs, you cannot be connected to any networks. Hence, you would not be able to check your video feeds while you are on-the-go or in a distant location.

Furthermore, with the DVR, everything is local. Hence, the drawback is that offenders can steal or tamper it if they want to shield or obliterate the video footage.

Editor Sidenotes: Confused on what to purchase for your office? here is a guide on the best small business security camera system that will help you choose if a DVR or NVR works best for your business. Take note that it is important to know what product you are going to purchase to keep your business safe and smoothly running.

Explaining the Concept of Delay Time in Digital Video Recorders

The anti-dither is the period in which the DVR does not capture any movement. After this time period ends, then, this feature would inform the video recorder to begin recording the footage.

A grizzly bear suddenly walks in your backyard as seen through the PTZ camera. Before this movement of the animal is captured by the DVR, 10 seconds have to end first.

After that delay time that you set, then, the actions of the grizzly bear, such as scavenging in your trash bin, would be recorded in the DVR.

Apparently, the concept of anti-dither is about the amount of time an object has to be in front of the camera in order to trigger the DVR to capture the footage.

Setting the anti-dither time to zero would result in zero delays. The DVR would record any movement that is immediately seen through the security camera.

The anti-dither feature has been with video recorders for several decades already. This delay function is employed to defer a trigger.

It is like using the timer in your digital camera. If you set the timer to 5 seconds, then this means that you have to be in front of the image-capturing device within that time period before it takes your picture.

In CCTV cameras, DVRs are configured by movements. Thus, the anti-dither time requires an object, person, or thing moving within a time frame in order for the DVR to realize that there is something or someone that it has to record.

After that time frame, the DVR will begin recording. In some DVRs, you can set the value range of the anti-dither time from 5 to 600 seconds.

Example of a Procedure that Uses the Delay Time Function 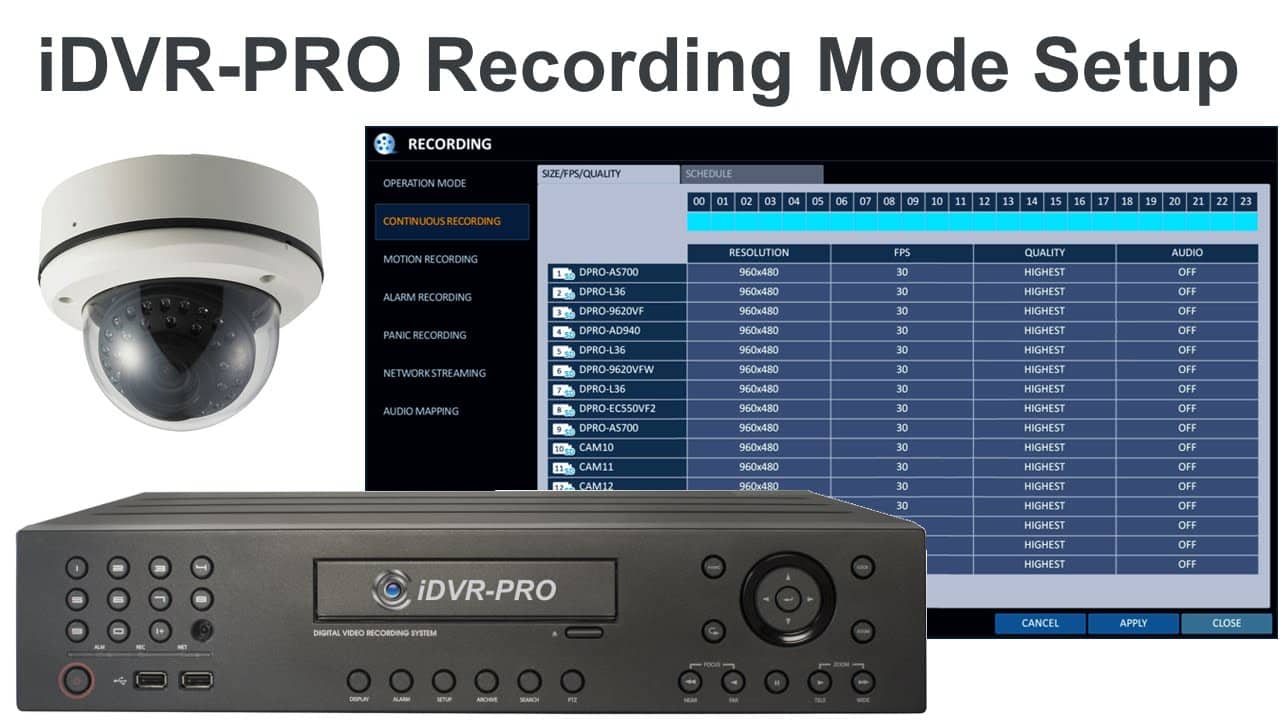 Motion or movements is what security cameras usually determine. Movement in front of a surveillance device is defined as the modification in an image’s pixelation.

When a security camera produces an image, the DVR considers that as an algorithm. When the latter encounters changes, the DVR would consider that as a movement.

Movements captured by security cameras can be in the form of a person strolling, strong breeze blowing over the barks of the tree, a firefly flying by the surveillance device at night, or clouds passing by.

As you can see, these motions would prompt a DVR to record them. These movements, when captured by the video recorder, are affected by the anti-dither time.

Unless it is set by the owner to zero, this delay time would be allowed to end before the DVR records the movements.

You can understand how to set the anti-dither time with the following sample procedure as found in https://www.burg-wachter.co.uk/cctv/technical-support/3060-2/

This process is for recording on-motion detection using a DVR:

Step 4: Click “Setting” that is beside “Period”. Then, set a working period for movement detection.

Otherwise, choose all when you are on that screen.

Step 5: Set the anti-dither time. This is the period that is permitted to pass before recording a new motion. You will understand that one event is covered within this time frame.

Step 6: The “Area” setting can set the security camera to only find movements in particular sections of its viewing angle. However, it will record the entire screen.

The location marked with the lines is that which will be considered for movement detection. The unmarked areas will not trigger the DVR to record them as movements.

Step 7: Input the Record Delay time. This is the amount of time in which a recording will carry on after the movement.

Step 8: Select “Send e-mail” and “Snapshot” to enable the security camera to alert you when movements are detected.

As you can see in this simple procedure, the anti-dither time is involved. As an owner of a security camera with DVR, you are the one to configure the amount of time required before the DVR records the movements.

Now that you have learned the concept of “anti-dither” in DVRs and in security systems, you can share this article with your friends, family, and to the world.

You will now be able to educate and enlighten others with this challenging yet significant piece of knowledge relevant when setting up home security systems.[/wpsm_titlebox]